The Story of Pop: 2000. It’s our weekly retelling of the hits that burned up the UK singles chart two whole decades ago, every Thursday at midday. This week: a taste of Finnish techno rap drum’n’bass (you’ll see what we mean)… 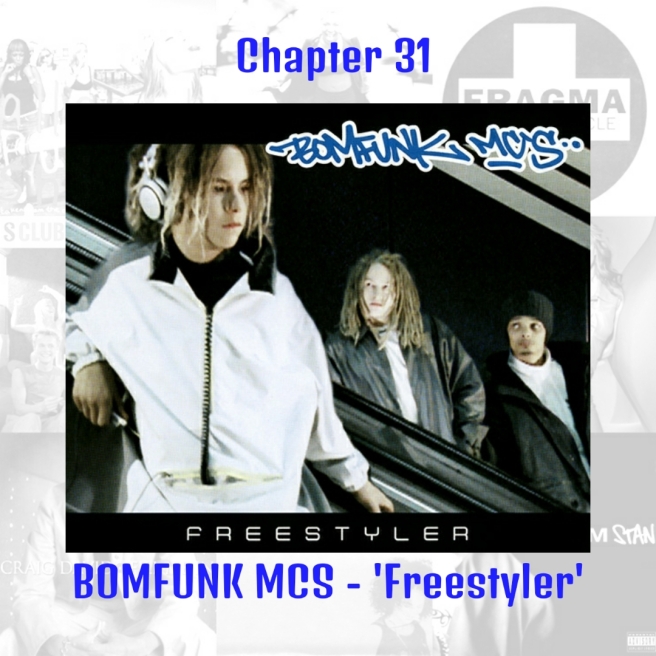 Consisting of rapper B.O.Dubb and producer Jaakko “JS16” Salovaara, Finland’s Bomfunk MCs first came together in 1998. The release of their debut album In Stereo saw them become an immediate success on home turf in 1999.

The rest of Europe was set to follow as the new millennium dawned. “Freestyler”, an intriguing mix of techno, rap, drum’n’bass and break beat that found time to name check Celine Dion and Buckingham Palace, had already topped the chart in 15 other countries by the time it was licensed for a UK release in July 2000.

It was interestingly enough the second big single from a Finnish act to hit the UK charts that summer – DJ and producer Darude had charted a month previously with a #3 debut for his huge dance anthem “Sandstorm”, at the time the highest charting UK single to come from Finland.

It was a feat he didn’t hold for long though, as “Freestyler” went crashing into the charts at #2 upon its release – just held off by Craig David who was enjoying his second number one that week with “7 Days”. One more top 20 hit followed for Bomfunk MCs that November with “Uprocking Beats”, after which they never charted in the UK again. They reunited in 2018, and continue to tour and perform to this day.