Well hello there, and a warm welcome to this week’s Pop Essays, our weekly revisitation of personal pop favourites of ours from years gone by to give them the proper kudos that they’ve not – until now – been given. And – it’ll make more sense as you read along – but this is the most recent old song we’ve featured this week… 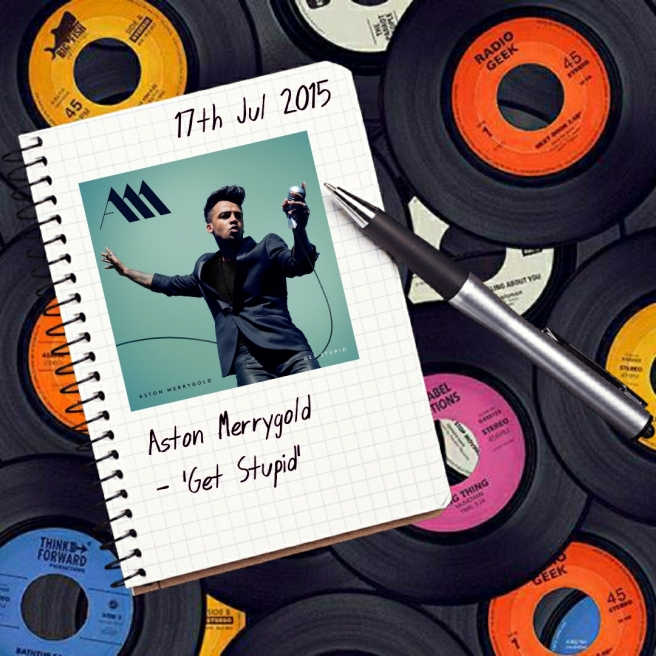 I did say when I started this series that I only had one rule; chiefly that it didn’t matter where the source of the songs I was going to write about were from, just so long as they were underrated, forgotten or lost gems in some way or another, either commercially speaking or with the passing of time.

To that, I feel I need to add another rule: that nothing released as recently as 5 years ago will pass any posts bearing the ‘Pop Essays’ tag. But given the man behind this week’s featured song and his outstanding turn as Robin on the recently concluded series of the brilliant ITV show The Masked Singer last weekend, I couldn’t not revisit this one and give it the proper justice it deserves, so allow me this flex of the rules readers. Do as I say, not as I do etc.

When JLS took their hiatus in 2013 – it feels more appropriate than saying split now, in light of the fact their postponed reunion tour is still imminent, as indeed is the recording of brand new material, their first in 9 years – it was inevitable they’d never be too far from our eyes and ears with their respective solo music ventures (except JB Gill, who hung up his mic and became the best popstar turned farmer since Blur’s Alex James. Although we are still low key here for a Michelle Williams-esque gospel album from him. Just putting it out there Jay if you’re reading).

Consult most fan surveys of the time of their incredible success, or who the screams were the loudest for at their live shows and on TV appearances, and Aston Iain Merrygold, master of ad libs, backflips and high notes and a born performer, was generally most JLS fans’ favourite member. Yet surprisingly, it took over 18 months for him to reemerge as a solo entity. In that time, Marvin Humes, newly repositioned as a TV host power couple with his Saturdays wife Rochelle and Capital FM favourite, had scored two blinding top 20 hits with his dance outfit LuvBug, and Oritsé Williams had also released his excellent solo single ‘Waterline’ with Pusha T.

It was a shrewd move to say the least, but a clever one; it could have been so easy for Aston to come straight off the block after that last tour with new material that commercially might have hit it but would’ve been not a million miles away from what he and his brothers had done, thus not being different enough to notice a change. But slow and steady was the path he adopted, signing to Warner Music and being managed by former Bros member Craig Logan (who also looked after Dido and Cher Lloyd) to craft his debut album Showstopper.

But just as JLS’ first single had been a complete bolt out of the blue musically, so too was his debut solo release ‘Get Stupid’. It’s worth at this point revisiting what I wrote about it at the time it was first premiered:

“…it’s a mischief making, funk laden and soulful slice of summery pop bubbling with energy that we think will be on course to bring forth the first solo number one of the former deep V-neck advocates.”

Well, I didn’t get it right on the chart prediction, otherwise I wouldn’t be writing about it here now – more on which later. But my first impression assessment back then still stands today. As an announcement, and a statement of intent, ‘Get Stupid’ was a bold debut from the get go, and the unleashing of Aston as a true showman that we only got a quarter of a hint at before.

It’s a busy little record, with one gift wrapped hook crammed in after another, as the lyrics flow effortlessly from verse to bridge to chorus over a strutting, cheeky but universally enjoyable groove: ‘Here’s an invitation to the whole wide world / From your brother to your sister to your best friend’s girl / Can’t excuse it, no excuses / Everybody get stupid’.

It’s a strong positive message, and an inclusive one. It’s saying: ‘This is my new journey, come aboard with me, let’s have fun and be silly, cause I’m here for a good time’. It feels effortless and vibrant and was just the kind of record you hoped Aston would deliver, whilst at the same time completely flipping expectations on their head. Or at least, that’s how we viewed it and still view it.

The general British record buying public of July 2015 on the other hand, were a different beast. They had already largely commercially deserted JLS for supposedly more alluring boyband prospects by the time of their last single ‘Billion Lights’, and for some reason were very much considered yesterday’s news by the press and industry who in turn influenced the public. Radio 1 gave a couple of obligatory plays to the single (Scott Mills delivered the first ever play), but shunned it from being on their main playlist, as indeed did most major radio stations.

Not to mention that streaming was now an ever more dominant part of the market, and suddenly a pop record and a launch for which everything seemed right on paper was facing an uphill battle from the off. One major – and we would argue lazy – criticism that was bandied around and was never unshaken was how ‘It sounds like Bruno Mars‘, this being the year of course of his Mark Ronson single ‘Uptown Funk’ dominating like mad.

And yet nobody ever pulled Bruno up by the short and curlies for electing to release records that wore their obvious influences on their sleeve. Aston’s influences – Michael Jackson, Usher, Sammy Davis Jr, Justin Timberlake – were worn proudly but not in a reductive way. But as is often the way with the old boys’ club politics of the ‘REAL MUSIC YAH’ brigade that dominates the music industry and media at large, because he was a former member of a boyband, it was considered carte blanche to wrap his knuckles critically speaking.

‘Get Stupid’ thus crept into the top 30 for a sole week in the UK upon release, disappearing thereafter two weeks later, and thus the Showstopper album never appeared for its proposed October release date, as he quietly parted ways with Warner Music. It was a better success internationally, giving him his first top 10 hit in Australia, and being certified platinum there, as well as finding another wind soundtracking TV adverts for the Samsung Galaxy S9 phone in 2018.

He also did a blinding performance of it on The Late Late Show with James Corden in America that we still rewatch with frequency. And every time we do, it makes us think that, bold a claim as it may be, our biggest failing as a country in the last five years hasn’t been severing our ties with the EU, mishandling the worst pandemic in 100 years, or even Cadbury discontinuing Dream bars. It was our failure to give Aston Merrygold the gold plated, chart slaying solo career on home turf that he deserved. Here’s hoping his new single ‘Overboard’ finally rights those wrongs.

Don’t forget to follow our brand new Pop Essays playlist on Spotify, which includes all the songs we’ve written about. What are your memories of this week’s featured song or band? Let us know your thoughts in the comments below or message us on our Instagram.