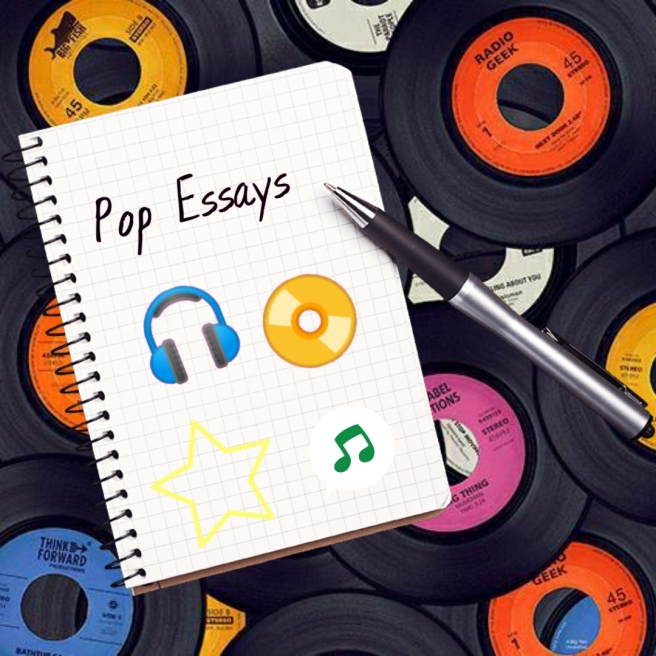 Welcome to this week’s Pop Essays, as I continue my new weekly series which profiles favourite songs and artists of mine from years past that I am revisiting and shining a well deserved light on that may not have had it before. Thanks for all the lovely feedback on last week’s first essay – it’s much appreciated, particularly as I wasn’t sure if this venture would work or not. Here comes this week’s one – hope you enjoy. 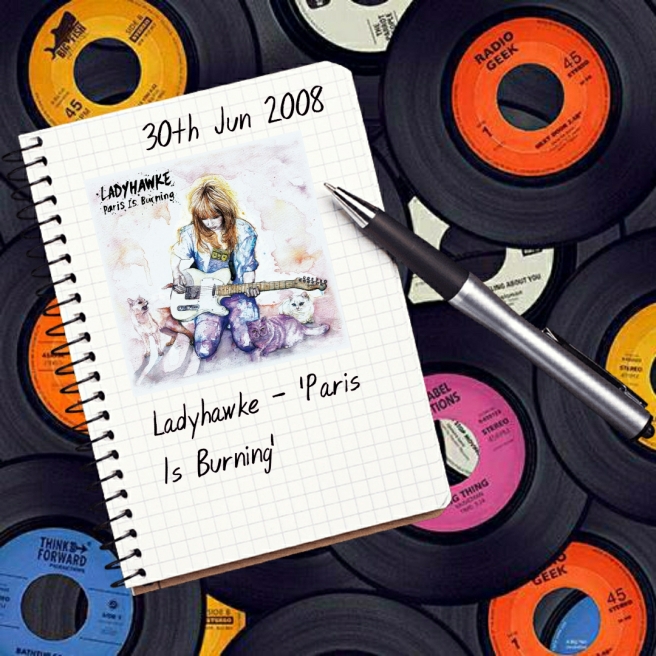 Little bit of scene setting here. It is August 2008. I have not long received my A Level results, and after 14 continuous years in full time education, whilst the rest of my old sixth form classmates are about to flit off to universities, gap years in Thailand or working in the City, I am just about to take a year’s break – although not out of choice.

I had been spurned by my first choice of uni, who didn’t wish to entertain common or garden folk like the present writer, so rather than force myself into another ex-polytechnic in middle England I might not have been happy at last minute through Clearing, I elected to simply take a year out, reapply in the interim to a uni that was a good fit and find a small job to tide me over until then.

In the meantime, I felt the freest I had done in some time. Suddenly free of school and with an abundance of free time whilst I waited for something to tide me over/hear back from my UCAS applications, I had the power and (relative) resources to explore the things I was really interested in. Music was undoubtedly one of these.

My major musical love at the end of summer 2008 was quirky sounding electro pop. It was a great time; Girls Aloud were at their zenith, and just about to release their biggest single and album of their career. The Saturdays had just launched. There was massive records around like Alphabeat’s ‘Fascination’, Robyn’s ‘With Every Heartbeat’, Sam Sparro’s ‘Black and Gold’, The Ting Tings’ ‘That’s Not My Name’.

It was also my peak love time for Annie, a Norwegian electropop singer who I do still have a fondness for, and that I’ll write about later in the series. And it was through being a fan of Annie that I discovered some other singers I also loved: Little Boots, Santigold, Lykke Li. But one that I perhaps associate with that blissful time of freedom and discovery more than any other was Ladyhawke.

Hailing from New Zealand, real name Phillipa ‘Pip’ Brown, and deriving her stage alias after the 1985 fantasy film starring Michelle Pfeiffer, my first sighting of Ladyhawke was, funnily enough, off a VHS recording. Yes, you heard me correctly, I was still using VHS tapes as recently as 12 years ago.

I had taped a late night repeat airing of Transmission, a short lived Channel 4 music show vehicle – hosted by Welsh lothario Steve Jones and the ever lovely Lauren Laverne – from the post-Top of the Pops era. It was aimed very obviously at the “trendy MySpace landfill indie” market that had been all the rage for the two years prior, but was slowly fading out. It was sponsored, as the select number of music shows were back then, by a mobile phone company who are probably no longer functioning/merged with O2 or something. Annie was a performer on said episode of Transmission, hence my cause for taping.

The tape had left itself running for about 20 minutes after the fact, on which followed a 4Music Presents film, a series which would showcase new and upcoming acts. This of course was back in the days when 4Music had just launched as a channel, and actually showed music programmes and music videos rather than endless repeats of The Kardashians and *shudders* Don’t Tell the Bride.

And this was where I first came across Ladyhawke, then newly signed to Island Records in the UK, having supported The Ting Tings on their tour. I was immediately enamoured, and this song – ‘Paris Is Burning’ – which she performed on her 4Music piece, had a lot to do with it. It was very multi referencing, as all the best pop songs are; touches of Stevie Nicks led Fleetwood Mac material here, the raw energy of early Kim Wilde there. But much like her stage name, there was an other-worldly quality at play.

Capturing the vibrancy and mild hysteria of a city like Paris, and the frantic action of its young inhabitants is no easy task in pop song form without sounding contrived. But here it is delivered in spades of attitude, particularly on lyrics like these: “Kids in the street drinking wine on the sidewalk / Saving the plans that we made till it’s night time / Give me your glass, it’s your last, you’re too wasted / Get me one too, cause I’m new, and need tasting”.

The relentless guitar chug in the song’s chorus gives it a further sense of urgency, which is then undercut with galacial, futuristic synth riffs as it moves towards its climax, driving home that this is a song that means business: “My heart is yearning, but Paris is burning / Paris is burning all night long / My heart is dreaming, but Paris is screaming / Paris is screaming all night long”.

However, for all its charms, the single, her second release following her ‘buzz’ track ‘Back of the Van‘, was – pardon the pun – a slow burner. Its first release out in June 2008 had seen it falter some way short of the top 40. By year’s end though, following her self titled debut album’s release, which had peaked at #16, gone Gold, been heaped in praise and had spun off her best known single in this country – the equally genius ‘My Delirium‘, which hit #33, and top 10 in Australia and New Zealand – she had a bigger profile.

Hence ‘Paris Is Burning’ got a second wind, when Island decided to reissue it in March 2009. Whilst it did improve by fourteen places that time out – it eventually peaked at #47 – you do wonder if commercially it was worth it. But at least it afforded her the opportunity to make the best move you can with a song about our cross Channel neighbours; record a version of it in French. ‘Paris s’enflamme‘ was the B-side on the reissue and was just as addictive as its Anglophile original was.

Perhaps it was more complex than other contemporary hits or artists of the time, but that is by no means a bad thing. I’ve had Ladyhawke’s first album on again whilst writing this, and its depth has meant it has aged beautifully with over a decade’s distance. For me though, like much of the album it was from, ‘Paris Is Burning’ captures a blissful time of personal freedom which I don’t think I’ve had anywhere near the same experience of since.

Don’t forget to follow our brand new Pop Essays playlist on Spotify, which includes all the songs we’ve written about. What are your memories of this week’s featured song or band? Let us know your thoughts in the comments below or message us on our Instagram.