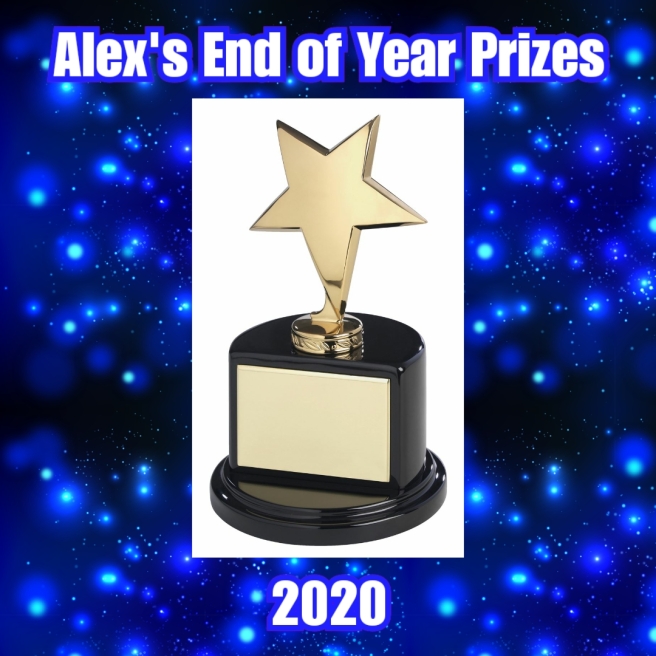 Goodness me that time of the year is upon us once again – so a hearty welcome one and all to this, our annual End of Year Prizes blog post!

Regular readers will know what this is, but if you’re newly joined, then here’s the skinny; every Boxing Day, we round off our blog posting year by giving out some prizes to the great and good from the last 12 months of music, TV, books, film, comedy and podcasts.

And whilst this has undoubtedly been a year of challenges and ups and downs, there has still been much that’s been positive about it which we hope to highlight here. So join us with the leftovers/festive snacks of your choice and a beverage of choice (we’ve gone for Pigs in Blankets crisps and a coffee), as we hand out this year’s awards… 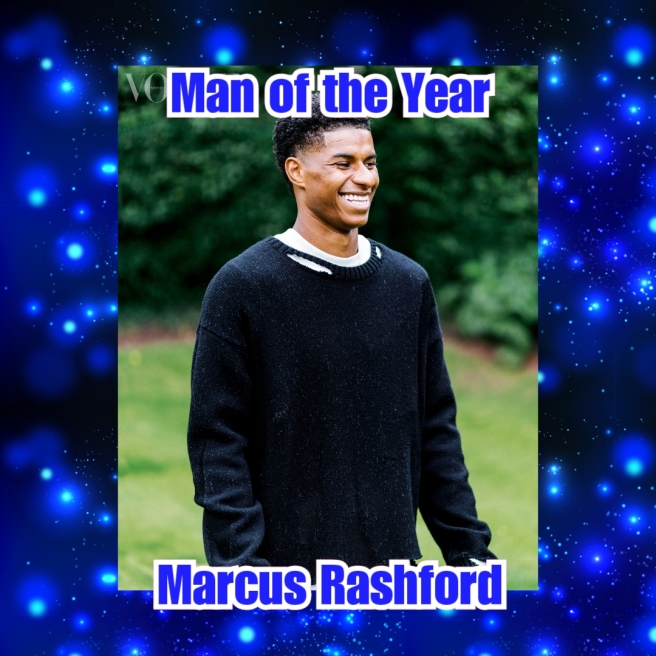 It is coming to something when, in this day and age, footballers are speaking up and doing more for the country on the issues that matter than those who are actually in charge. But Marcus Rashford’s efforts and campaigning to help stamp out child poverty and call for the extension of free school meals in this country are nothing short of admirable, and proof that even in this strange old year, if you look hard enough there are still thoroughly decent blokes out there. More power to him. 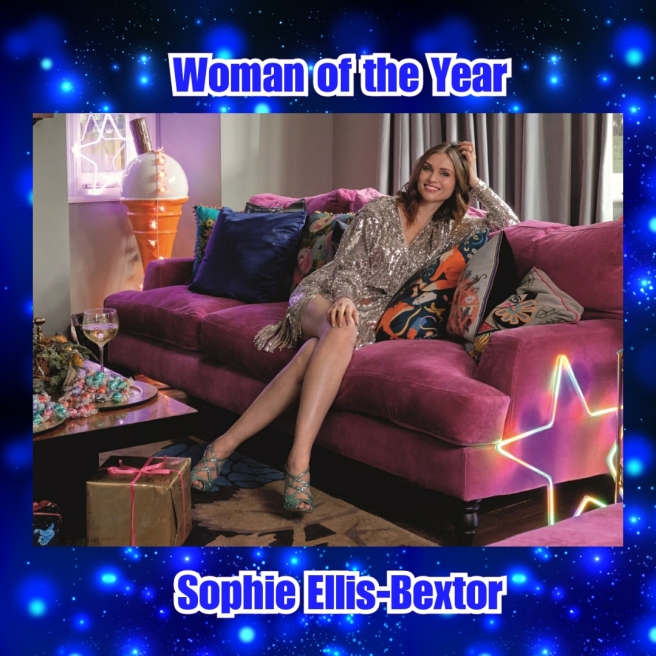 In what has been a fire sale of a year, you took your pleasures and little oases of enjoyment where you could. And for us back in the spring, that came from pop’s favourite disco diva Sophie Ellis-Bextor hosting her live Kitchen Discos from her kitchen at home on her Instagram every Friday evening. So much was it the highlight of our weeks in a time where the days blurred into one, that it has now spawned a new greatest hits album from the lady herself too. You could say she’s been our very own Dame Vera Lynn, yes. 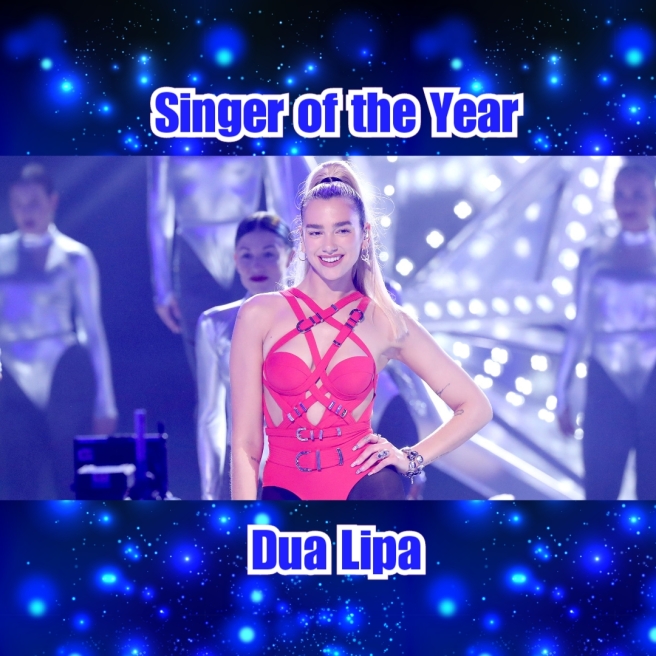 Though she’s perhaps not had the year she envisaged promoting, touring and performing, this year has still undoubtedly belonged to Dua Lipa, who released her second album Future Nostalgia in March, and even in a global lockdown, delivered non-stop chart bangers along the way that got us grooving even without the nightspots in which to appreciate the likes of ‘Physical’, ‘Levitating’ and ‘Don’t Start Now’. 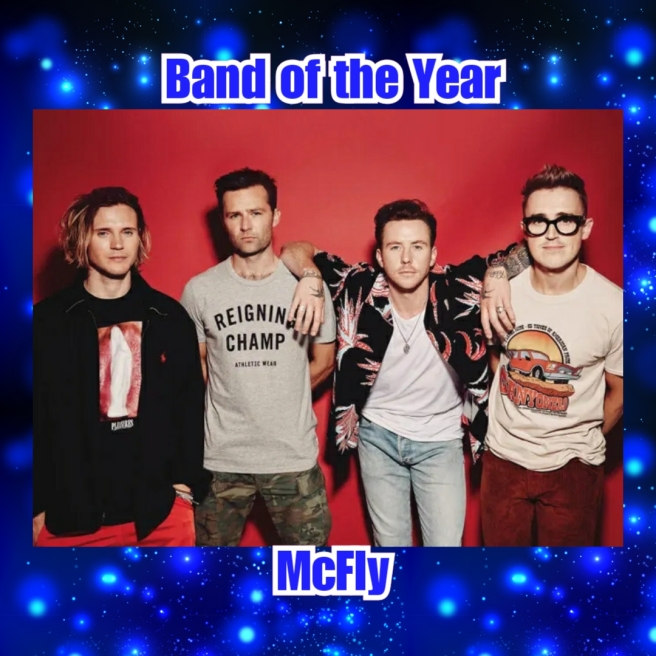 Well the lads took this award home last year, and for a second year running McFly have managed it again, and even though they’ve had to postpone their tour they had planned, they still put out a corking new album in Young Dumb Thrills – their first in a decade – which hit #2, they launched a new subscription service called McFly: Total Access. And that’s not all… 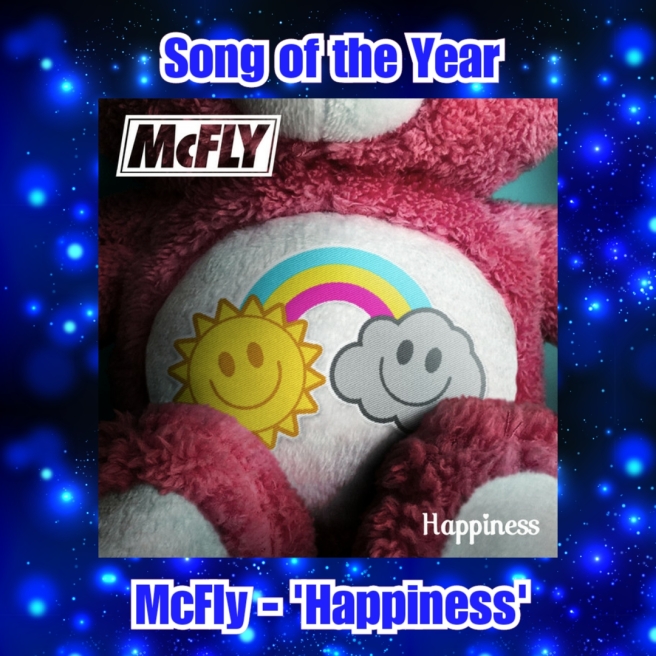 …because the first single from that new album that bought them back into our lives in August is, we feel, the song we’ve listened to and loved the most that’s been released during these last 12 months. You could even put this on right now, as cold and chilly as it is, and feel as uplifted and joyful as if it’s the height of summer it’s that good. 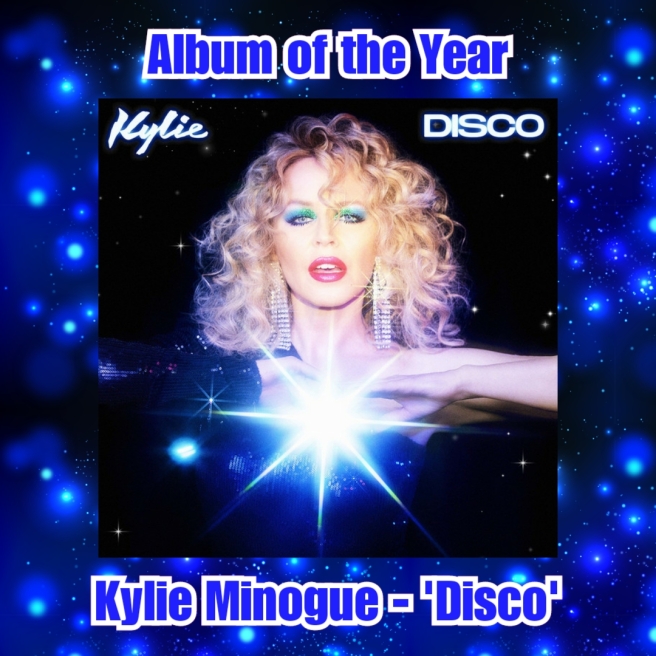 Were it not for Sophie Ellis-Bextor’s Kitchen Discos, we dare say Kylie might have been taking away the Woman of the Year prize again, but she’s delivered disco, solace and sparkle in her own way with another cracking chart topping album that has proven to be something of one of her best works to date. A more uplifting love letter to dancing you could not hope to find in LP form. 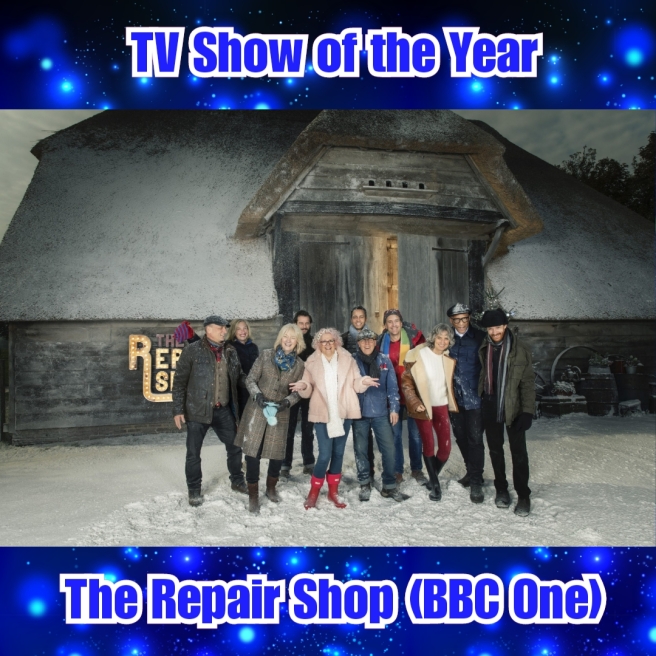 We’re struggling to remember how our Wednesday nights looked before the doors of Britain’s most well known barn were opened with a move to BBC One. But The Repair Shop has really come into its own this year. Uplifting, hopeful and inspirational, the love and care that goes into the restorations of treasured heirlooms from Jay Blades and his team of experts is still unmissable telly. 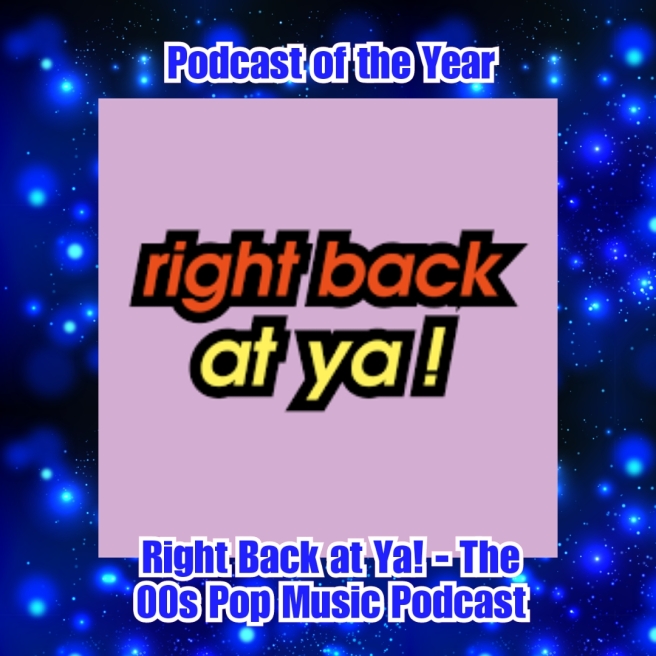 If there’s one podcast that’s been an escapist treat for me this year, the boys at Right Back at Ya – Joel Babbington and David Limmy – have been it. Best friends and self confessed 00s pop geeks, they give a loving, irreverent, humourous and yet respectful airing to the careers of The Saturdays, Mis-Teeq, Rachel Stevens and well… just about any major pop act from that time you can think of. They really do have the range, as they say. 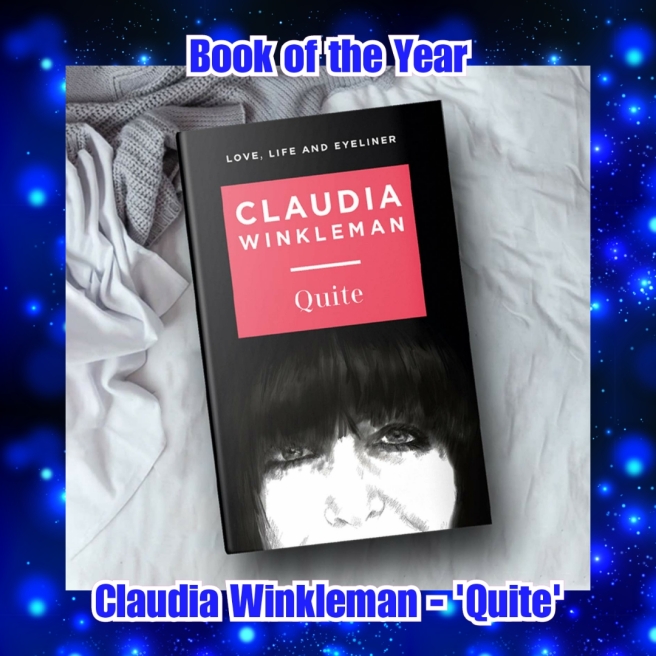 Since its publication back in October, our review of this book has been one of our most popular blog posts. Not something Claudia Winkleman herself would be that happy to hear – let us not forget that there’s a picture of a baby goat rather than her on the end paper because, and we quote ‘she simply thought it’d be nicer’ – but this collection of essays/love letters/rants on everything, from picnics to the power of a good boot remains a hilarious and unapologetic read. 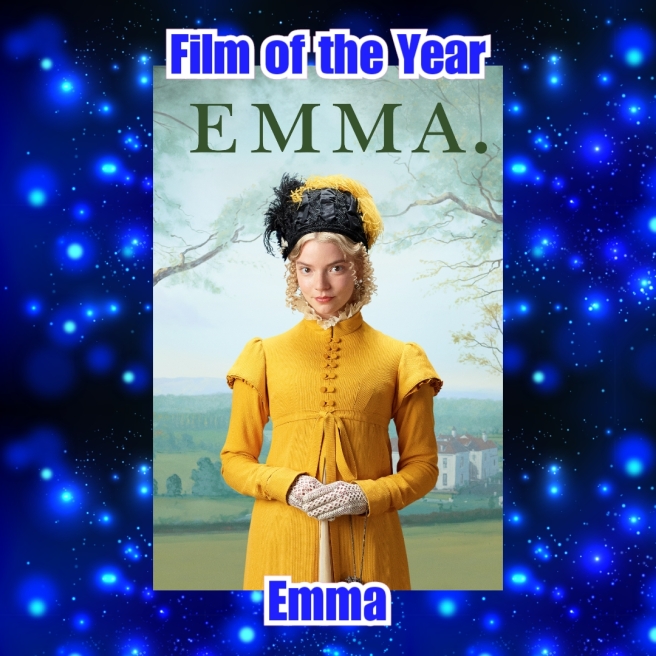 A more obvious choice we couldn’t have hoped to make – once an English Literature graduate, always an English Literature graduate as they say. But Autumn de Wilde’s fantastic take on the classic Jane Austen novel about social engineering and matchmaking – headed by a stellar cast including Bill Nighy and Miranda Hart – was undoubtedly our favourite film of this year. 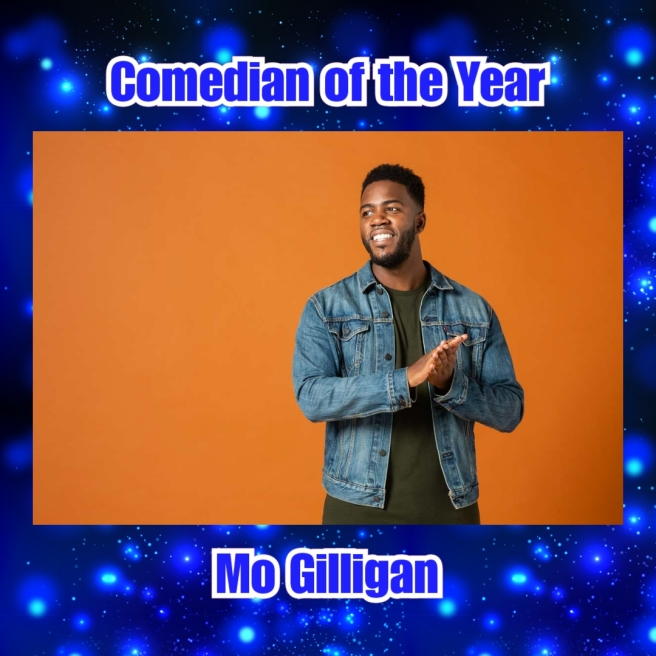 And so it is that Mo Gilligan manages what no one else in the world of comedy has done in the time since we started doing End of Year Prizes, and wins Comedian of the Year for a third year running. His Instagram videos continue to be a hilarious hoot, and we’ve also loved his new podcast which has had guests including Davina McCall. Here’s hoping 2021 sees him back doing stand up live on stage where he belongs. 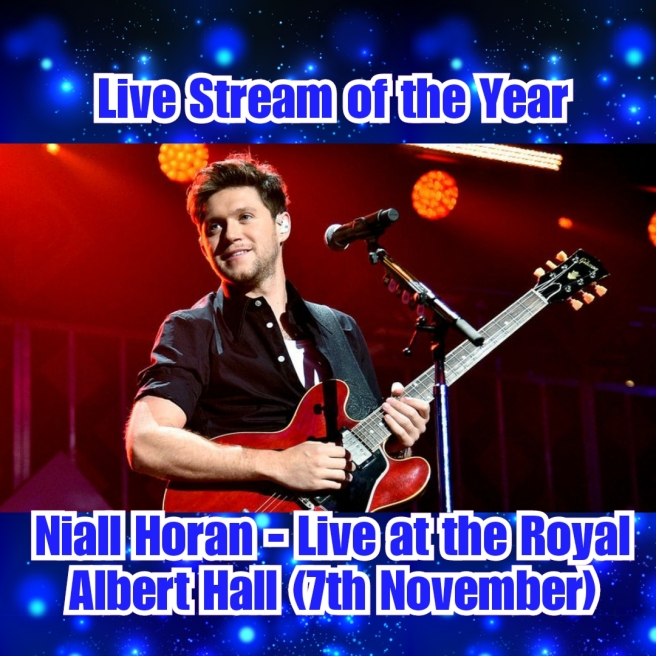 Now, usually this is the point of the prize giving where we hand out the award for Live Act of the Year. Alas, with the live music scene decimated like never before in any of our lifetimes, we have rested it this year in the quiet optimism that it can return next year. Many of our favourites have thus turned to putting on a show through live streaming capabilities.

But it was undoubtedly Niall Horan who delivered the very best of them all, with a special streamed show from the historic Royal Albert Hall at the start of November, which sold over 150,000 tickets streaming in over 100 countries worldwide, all to raise money for his crew and band who would have otherwise been touring with him this year to support his brilliant second album Heartbreak Weather, raising just over £1.5 million in the process. 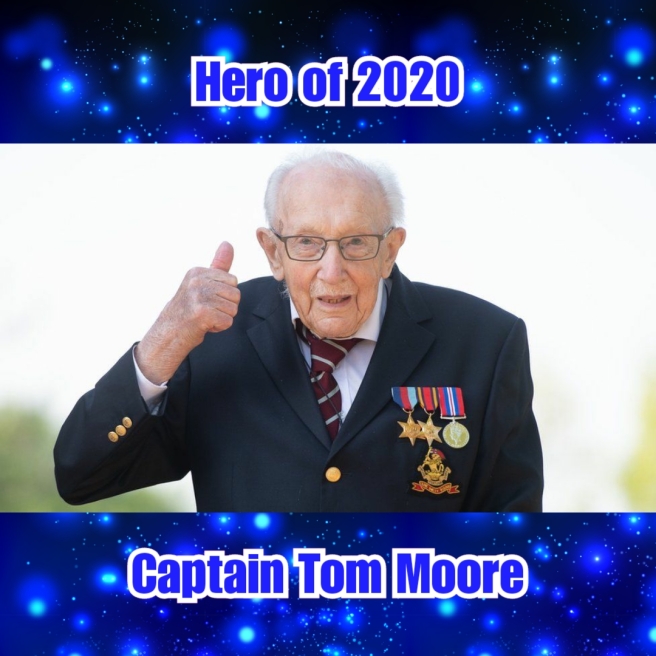 There could really only be one winner of this particular prize. The incredible story of Captain Tom Moore, a former Second Lieutenant for the British Army in World War II, and how he walked laps of his garden to raise money (over £32.79 million) for NHS Charities Together ahead of his 100th birthday in April, captured hearts across the nation. In a year which has given so much to try and forget in a hurry, his efforts have given us something to remember fondly in years to come.

And now we come to what is always the climax of End of Year Prizes – revealing who you, the readers, have chosen as the winner of the Reader’s Choice prize. Thank you as always for all your votes, voting closed yesterday and we can now reveal your winner for this year… 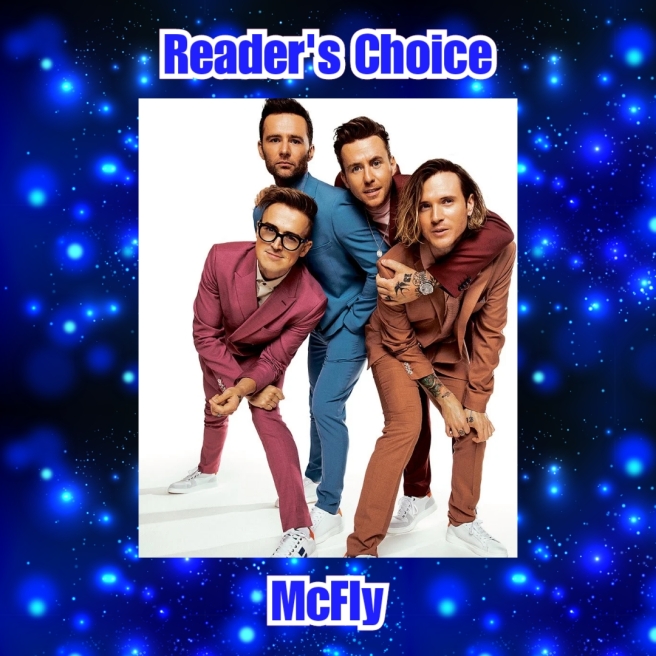 In previous years when we’ve done this prize, there’s usually been a two way tussle right down to the eleventh hour on voting. Not so for Tom, Danny, Dougie and Harry, who took an early lead they maintained right to the end, which means that with 67% of the final vote, McFly are the first ever band to win the Reader’s Choice prize. It seems that like us, you are just as glad to have them back. Very well done lads.

And with that, this year’s End of Year Prizes, and indeed another year of writing this blog draws to a close. To all readers and supporters old and new, thank you for all your kind support, likes and views these last 12 months.

They’ve been very much appreciated as always, perhaps more so in these strange times. I’ll be taking a break for a week or so but will be back in January for my first posts of 2021. In the meantime, enjoy the rest of the Christmas period, stay safe and well and a very happy and hopeful new year to you all.