It’s Thursday, and midday, and thus time to bring you another golden nugget of pop goodness from Y2K with The Story of Pop: 2000. And once again this week, it’s another number one from a hit movie soundtrack… 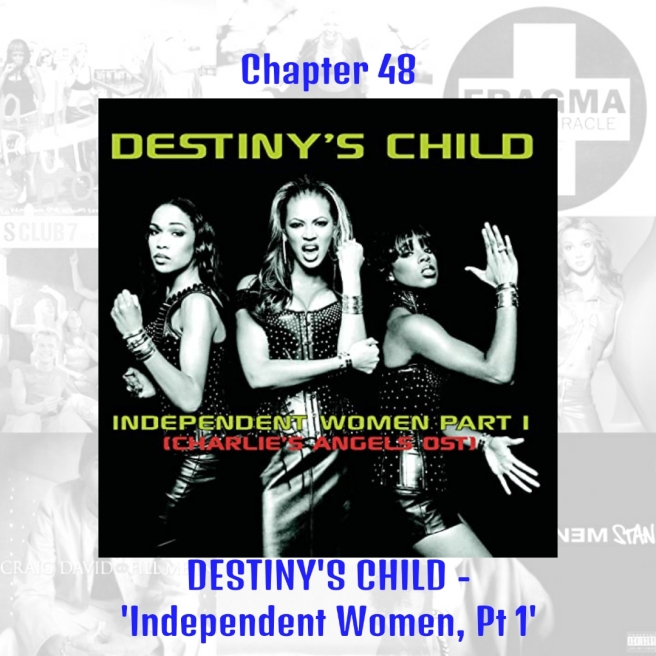 2000 had been a year of mixed blessings for Destiny’s Child. On the one hand, there was their inability to keep the same lineup for more than a week – LeToya Luckett and LeTavia Roberson both being given their marching orders by their manager – and Beyoncé’s dad – Matthew Knowles, when they discovered their replacements on the premiere of the ‘Say My Name’ video.

However, just two singles later, one of their replacements, Farrah Franklin, also quit, leaving it as the trio that they would remain as – and arguably most successful – for the duration of their career: Beyoncé Knowles, Kelly Rowland and Michelle Williams. But on the other hand, this new trio was also perfectly timed with the release of the single that would kick off their imperial phase proper.

The title theme from a big screen remake of the popular 70s action series Charlie’s Angels, starring Cameron Diaz, Drew Barrymore and Lucy Liu, ‘Independent Women, Pt 1’ was an all guns blazing female anthem, that pledged sisterly solidarity and rejection of a man to provide for them: ‘The shoes on my feet (I bought it) / The clothes I’m wearing (I bought it) / The rock I’m rocking (I bought it) / Cause I depend on me if I want it’.

It was no surprise at all then, when this topped the charts both over in the States and here in Britain, giving them their first UK number one single – one of only two songs to top both charts over the course of 2000. And with Spice Girls and All Saints both heading for the rack and ruin, the single also marked Destiny’s Child’s ascension to becoming the leading girl group of the moment.