Taking you back in time with the hugest UK chart hits of the turn of the millennium, this is The Story of Pop: 2000. This week: the biggest selling single of 2000 in the UK not to make number one… 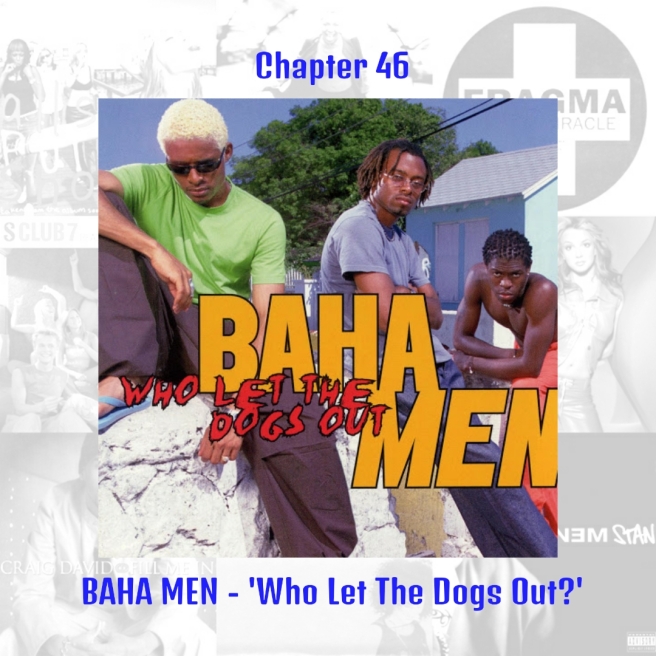 It can’t have escaped your notice that, over the course of this series, many of our featured hits have come from what we shall politely call the “enter high with huge sales and fall fast” school of chart activity. But that’s not to say a couple of records didn’t buck this trend, and this one was perhaps the biggest of the lot.

Hailing, as their name might suggest, from the Bahamas, Baha Men first recorded their cover of ‘Doggie’ – a 1998 song originally recorded by the Trinidadian soca/calypso artist Anselm Douglas – in 1999, retitled as ‘Who Let The Dogs Out?’

It may surprise you to learn that the legendary late DJ John Peel was actually the person to give an import version of the single a first spot play on his Radio 1 show in August 2000. A release in mid-October saw it make an inconspicuous debut at #14. So far, so odd top 20 hit, you may be thinking.

But this was far from the end of the story. Its performance on Top of the Pops upon charting in the UK marked one of the last times in the show’s later years that a record directly climbed into the top 10 as a result, shooting to #2 a week after release, a position it continued to occupy on several occasions over those next few weeks.

And in fact, by the time Christmas rolled around, it was still inside the top 5, only finally beginning a downward trajectory in mid-January. Of the 549 different singles that entered the UK top 40 during 2000, ‘Who Let The Dogs Out?’ was the year’s fourth biggest seller, even outselling all but three of the year’s chart toppers.

Despite also featuring on the soundtrack of the Rugrats movie, it is undoubtedly a record which has not dated well at all, and Baha Men were resolutely known by this single alone despite two more mid-charting follow up singles. But in a year of big first week debuts, the performance of ‘Who Let The Dogs Out?’ during the autumn of Y2K was nothing short of extraordinary.