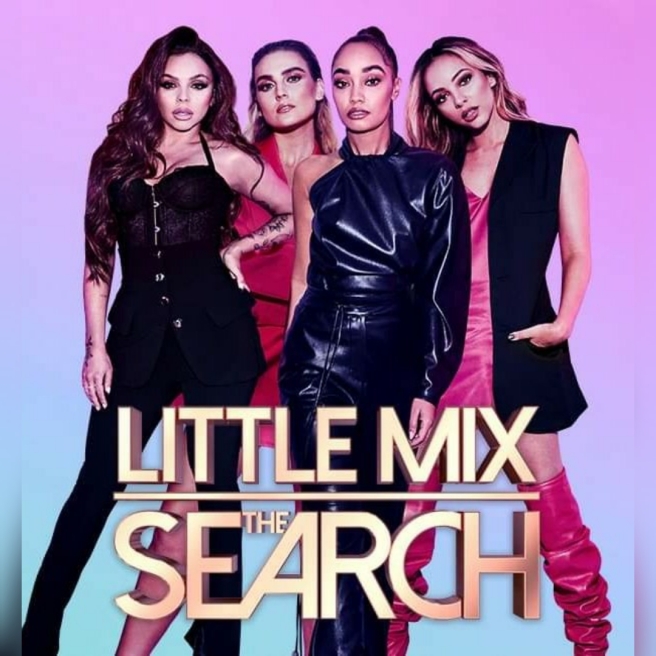 “Listen up, we’re looking for recruits / If you’re with me let me see your hands / Stand up and Salute”. So sang the Little Mix ladies on their massive hit single from 2014. Now, almost 10 years after they became the first ever group to win The X Factor, they are launching a brand new BBC One talent series to find exactly that, and form the next big pop supergroup to join them as support act on their next UK tour.

At a time when the TV talent show looks to be on tired, shaky ground – both The Voice UK and Britain’s Got Talent are still suspended mid-series run owing to global events, whilst the show that gave the ladies their break has taken a year’s hiatus to virtual indifference, Little Mix – The Search is a much needed breath of fresh air to the world of reality TV pop.

The premise will see them form six different groups from auditions over the first six shows: a boyband, a mixed group, a girl dance group, a girl vocal group, a vocal and instrument group and a rap/R&B group, who will then compete in a series of live shows hosted by Chris Ramsey to find the ultimate winner voted for by the public.

One thing that immediately struck me watching the first two episodes – and maybe this has come from years of being desensitized by watching talent shows that are much harsher in tone and treatment of its contestants – is how light and uplifting the show is, in all aspects.

The soft neon pink audition set, with Jesy Nelson, Leigh-Anne Pinnock, Jade Thirlwall and Perrie Edwards sat on their plush mentors’ couch, feels inviting and relaxing. The social media wall, where they get to preview the nervous hopefuls before they get to come in and perform for them, feels very modern. This feels like a talent show that for the first time in a long while actually connects with its audience.

The first episode, which centred around the forming of the boyband, not only discovered some amazing talent, including cheeky schoolboy rapper/vocalist Zeekay and heartthrob electrician come singer Adam (who the ladies admitted had reduced them all to giggling schoolgirls, only for the illusion to be shattered when he said he didn’t know who ‘JT’ – Justin Timberlake – was. “You make us feel so old”, Jesy wailed).

But it also highlighted that nine years into their career, their bond as a girl group and mates is still as strong as it ever was, constantly riffing off each other, doing funny impressions (mainly Jade, including a brilliant one she did of Cher) or mucking around in between auditions or naughtily snooping on the successful hopefuls as they bond with potential future bandmates in the “Band Room”.

But what is different here as well is that the feedback and constructive criticism they give to the contestants isn’t done nastily or harshly. Even when it’s tough to (as Leigh-Anne states at one point in the second episode, where the mixed group was formed).

This is especially true when it gets to the next stage, where the successful hopefuls get put through their paces with vocal coaching, stage craft and choreography with the girls, before a performance in front of a live audience to decide who makes the final lineups.

It’s not empty platitudes, over exaggerations and non-sensical comparisons to Lenny Henry. In short, it’s feedback and solid advice from four ladies who know more than anyone what it’s like to be put together as a pop group, to bond together as a pop group and most importantly to deliver as a pop group, from performance, to look, to vocals. Their emotional and professional investment is clear to see from the off as mentors, and they never give feedback at the expense of a cheap shot of public humiliation.

And happily, their eye for talent is clearly strong, as both the boyband and mixed group that have been formed so far are really talented and charming, and both do look and sound like the sort of pop bands that would work in today’s charts minus this show’s primetime TV stabilizers, regardless of who wins the prize of supporting the girls on tour at the end.

It certainly bodes well for the rest of the groups that are yet to be formed in the coming episodes. If you’re after a fun, positive, escapist and poptastic weekend telly watch, then get ready to be immersed in the world of Little Mix – The Search. It’s pop reality TV, but reimagined for a kinder, more uplifting new generation of fans.