Taking you back to the hits of the UK charts from right at the very beginning of the 21st century, this is The Story of Pop: 2000. And small disclaimer before this week’s entry – they’re not really zombies. Honest… 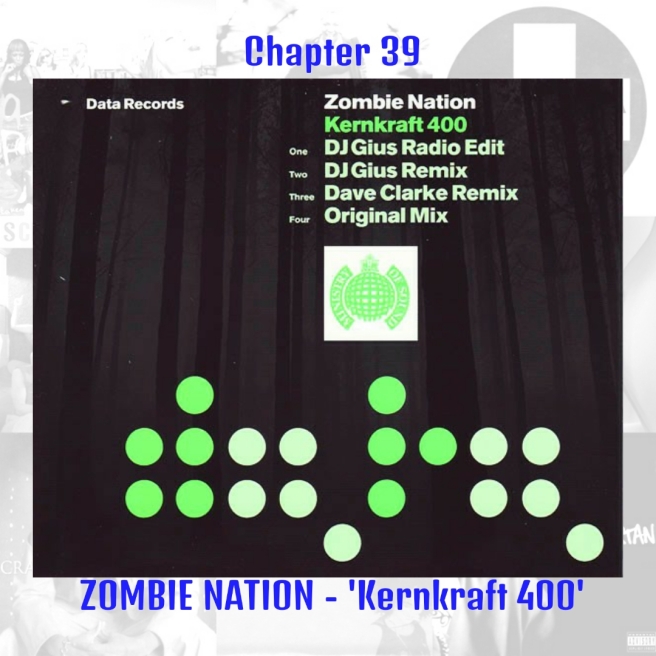 Just ever so occasionally, the charts of the early 00s threw up a surprise, out-of-nowhere hit that for some reason caught on in the droves. Usually they came from clubland, and this week’s retro hit was no exception.

Zombie Nation was the brain child of German techno DJ and producer DJ Splank (not his real name, surely?) who had formerly been in a trash metal band, and declared his life’s mission was to “overthrow all conventional values, no matter how loved”.

‘Kernkraft 400’ – a brooding, thumping bit of synth-techno, centred around a sample of a theme from an old Commodore 64 computer game from 1984 – had been in circulation as a white label vinyl since the spring of 1999.

It finally arrived on British shores in September 2000, following licence of the track to Ministry of Sound’s brand new ‘Data’ record label. Once unleashed, it smashed straight into the chart at #2, only held off by Mariah Carey and Westlife’s dreadful rendering of Phil Collins‘ ‘Against All Odds’.

The song also marked a rare bit of controversy for Top of the Pops around this time, when the producers, unable to get Zombie Nation themselves to appear, took matters quite literally and in their place, had a load of dancers and actors storming – and trashing – the stage as the great undead.

The result was a few hundred complaints or so to Ofcom of the “Shocked and outraged from Bracknell” variety, but it undoubtedly was a brief high point for the BBC chart show, at a time when it was starting to shed viewers. This, if anything, is probably still the biggest legacy of ‘Kernkraft 400’ – which remains Zombie Nation’s only big single to this day.