It’s midday on Thursday, which can only mean it’s once again time for our revisit of all the big UK chart smashes of 20 years ago, with The Story of Pop: 2000. This week: an Aussie pop legend begins her second phase of success… 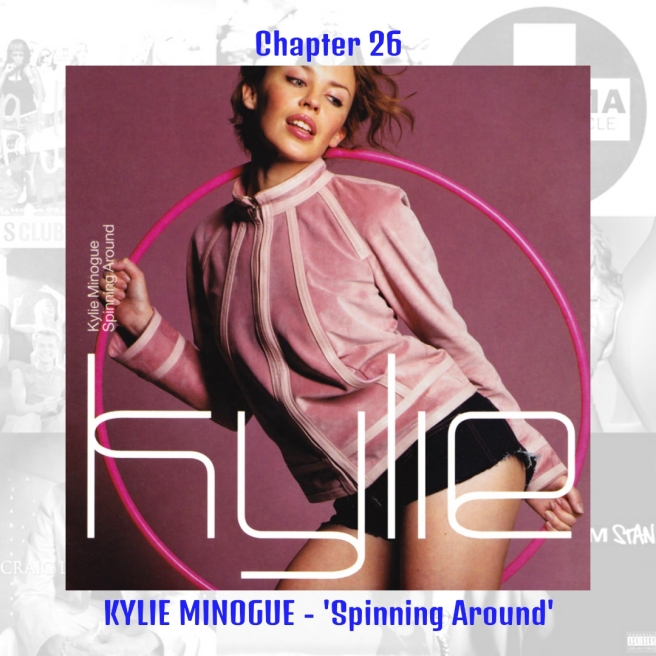 The 90s had been an interesting decade for Kylie Minogue. She had started them as the reigning princess of teen pop, albeit still tied down to Stock/Aitken/Waterman. Changes were afoot though in 1990, with her slowly taking control of her image and music on hits like ‘Better The Devil You Know’, ‘What Do I Have To Do’ and ‘Shocked’ to name a few.

Two years later, in 1992, following another album and a greatest hits, she departed from their fold, and thus came the period of her career that was – perhaps unkindly – referred to in some corners as ‘her wilderness years’ with the dance label, DeConstruction Records.

Although a period of fruitful creative endeavours – she collaborated with Pet Shop Boys, Dave Ball from Soft Cell, Nick Cave and Manic Street Preachers across her two albums for the label – it was commercially not a successful period by comparison to her glory days in the late 80s and earlier part of the 90s. Speaking in 2018 to Dermot O’Leary, Kylie said, ‘I got a little bit lost throughout my time there, but I’m forever grateful I’ve been able to find a way to experiment … which I’ve always done. Sometimes it works, sometimes it doesn’t.’

Come the dawn of the new millennium, she had cut her ties with DeConstruction, and following a successful tour in Australia (‘Intimate and Live’), was considering her next move. ‘Eventually, I’d even had Nick Cave saying to me, “Where’s all the pop songs?”, and I was like, “OK, yeah. Where are all the pop songs?” … so, with the move to Parlophone, we were all saying the same thing. Let’s do pop, but mega pop.”

Signing on the dotted line in 1999 with the same label that was home to The Verve, Coldplay and Gorrilaz, Kylie’s first album for Parlophone was Light Years, a playful but knowing nod to her discotastic past. And no other song on the album did a better job of announcing her spangly renaissance quite like ‘Spinning Around’ managed.

Co-written by fellow 80s pop queen Paula Abdul, it sung, perhaps unintentionally, about her stepping into the limelight again, returning to what made her so well loved, but having the confidence and self assurance to do so: ‘And did I forget to mention that I found a new direction / And it leads back to me?’

And of course, no discussion of ‘Spinning Around’ can be made without focus on another key part of its appeal and success. Chiefly, those gold lame hotpants, previously bought by her stylist Will Baker for 50p from a charity shop for a ‘Tarts and Vicars’ fancy dress party, worn in the stylish and fun promo video directed by Dawn Shadforth, that suddenly made her derriere the talking point of the nation.

Upon its 19th June release, all elements fell into place to ensure that Kylie made a majestic, never-saw-that-coming return to the UK #1 spot for the first time in 10 years, making her at the time the only artist to enjoy chart toppers in the 80s, 90s and the new century. Her second wind of success was off and running, and, as the rest of the 00s proved, it only got better for her from thereon in.