It’s fair to say that the current time is one where you hang onto and pick those moments, those little oases of calm, where all seems a little bit better in the world. Which, in the case of The Repair Shop, would mean its time is absolutely now.

Fronted by the genuinely lovely furniture upholstering guru and social enterprise man Jay Blades (Money for Nothing), and after starting life quietly tucked away on BBC Two in a late afternoon daytime slot, the show has now graduated to a prime time BBC One slot for its sixth series, following high ratings for its Christmas special shown on there over the festive period last year.

As usual, Jay and his team of specialists are tasked to work on one of three unique items that hold, in all cases, historical, social and sentimental value to their owners, which are in need of a little TLC. At first, it can seem hard to see how any of the repairs are possible. 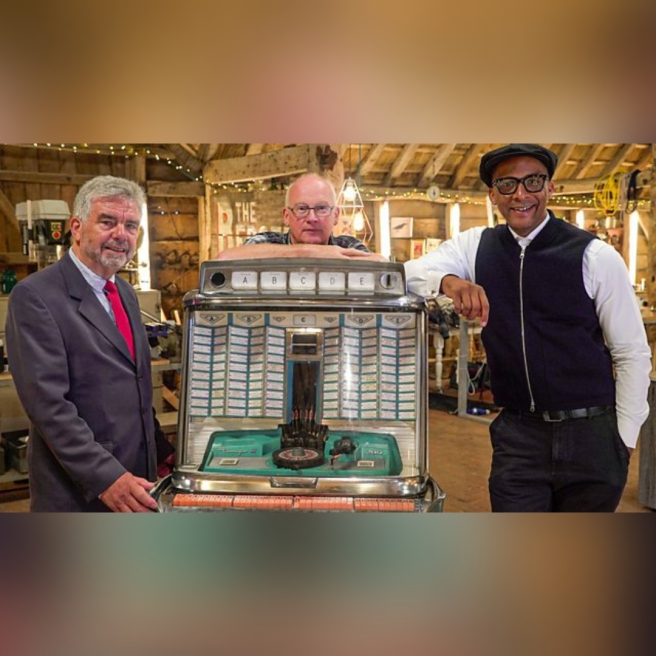 But that’s the beauty of The Repair Shop, and one that happily hasn’t been lost in its promotion to a primetime schedule. Whether it’s the jukebox that played a tune for a first dance on a wedding day, a homemade baby’s cot handed down a family over 100 years, an armchair that survived allied bombings during WWII, or even a stained glass window reduced to jigsaw-esque smithereens, each repair is done with faithful care and love.

It’s sort of the opposite of the wave of brash and bold makeover shows that have been a part of our telly watching for the last two decades, less of disposability and more of preservation and heritage. We’ve lost count of the amount of times we’ve gone a bit wobbly lipped on the final reveals of the restorations, and seeing the tearful but joyful reaction of their owners.

The Repair Shop is a show with a lot of heart and kindness, but also true craftsmanship and passion at its core. It’s about family, as much with Jay and his whole team of expert repairers as it is with the families who come on the show, and will have future stories to tell about their special artefacts to the generations to come. And in a time where we’re all part of history in the making, for better or worse, surely it can only be a good thing that this show is one leaving a positive legacy behind.

The Repair Shop continues on Wednesdays at 8pm on BBC One. UK viewers can watch the first three episodes now on BBC iPlayer. Twitter: @TheRepairShop

One thought on “#CrazyStupidTV: The Repair Shop (@TheRepairShop) (BBC One, 1st April)”