Bringing you even more of the sights and sounds of the UK charts from the turn of the millennium, this is The Story of Pop: 2000. This week – the follow-up to one of the biggest UK garage tracks of all time… 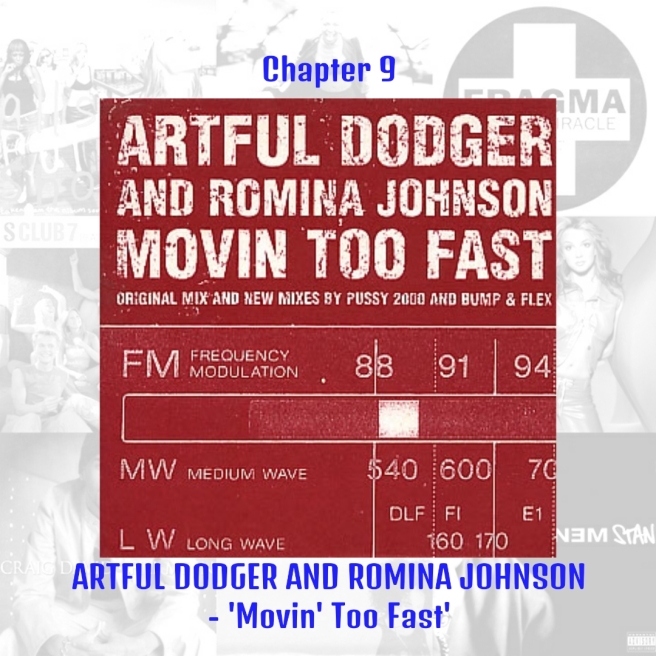 The success of Artful Dodger’s ‘Re-Rewind (The Crowd Say ‘Bo Selecta)’ had been one of the biggest success stories of the turn of the 21st century: three weeks at #2, eight weeks inside the top 10 and a whopping thirteen weeks on the chart in total, all whilst selling almost half a million copies.

To anybody else, it would be a terrifying prospect to follow up such a huge debut hit of this size. Not so Mark and Pete, as their second single, “Movin’ Too Fast”, a bright and breezy, marimba heavy 2-step jam with high influences of R&B and soul proved.

In place of Craig David – we’ll be hearing from him again later this series – stood session vocalist Romina Johnson, and the result was a second consecutive #2 hit on this very week two whole decades ago, resolutely moving Artful Dodger out the pile marked ‘one hit wonder’.

More lesser starred top 10 follow ups for them appeared over the next 18 months, in which time it was only Mark left standing for ‘Twentyfourseven’, their final hit featuring All Saints singer Melanie Blatt. But today it’s all about “Movin’ Too Fast”, the follow-up that’s remained just as timeless to re-rewind on.