Bringing you the hits from the year that Big Brother started watching its first set of housemates on Channel 4, and when the Ford Mondeo ruled the roads, this is The Story of Pop: 2000. This week: the only top 10 hit from one of that year’s most notorious new pop acts… 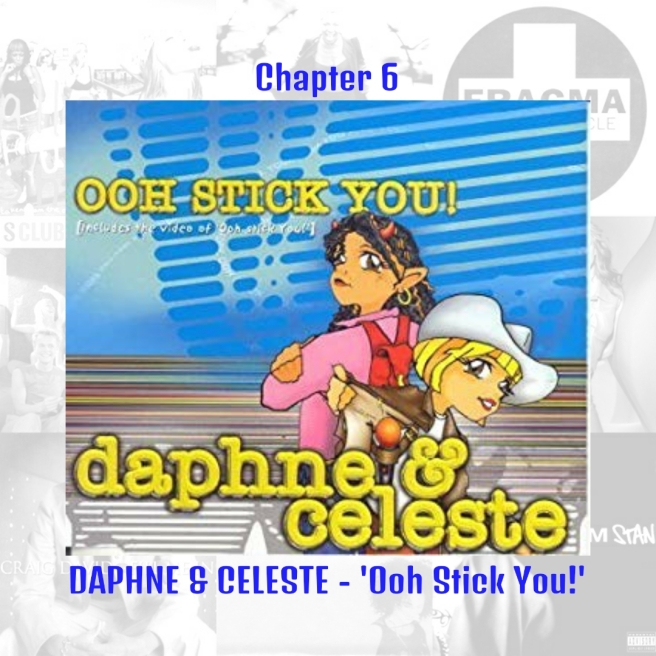 2000 was the saturation point for pop with a capital P, illuminated or worsened (depending on your view point) by the arrival of two teenagers from America onto the UK charts, with whom it was impossible to have anything other than a Marmite opinion on.

Daphne & Celeste had originally been scheduled to release their bratty pop rap debut ‘Ooh Stick You!’ in September of the previous year, but it was rescheduled until January 2000 to avoid getting caught in the Q4 rush. Its tongue-in-cheek roll of catcalls – ‘In your ear with a can of beer / Up your butt with a coconut!’ – immediately split listeners.

Not to mention they caused ire with readers of Smash Hits for their hot takes on Westlife and Christina Aguilera, it was clear they were not gonna be short of something to say. Once released, ‘Ooh Stick You!’ thundered in at #8, staying on the chart for nine weeks in all.

Two top 20 follow-ups in the shape of ‘U.G.L.Y’ (#18 in June) and a souped up cover of Alice Cooper’s ‘School’s Out’ (#12 in August) followed, but they gained a certain level of kudos with the more serious music press for a pop act – particularly such a divisive one – with Melody Maker awarding their debut LP ‘We Didn’t Say That’ it’s Album of the Week accolade.

They also caused controversy that summer, as following their public declaration of love for Eminem, for reasons still unknown to this day they appeared on the bill of the Reading rock festival that he was scheduled to appear at. When he pulled out, they couldn’t do the same, and we were thus gifted forever more with one of the most bizarre bits of pop history to this day.

They were quietly dropped from their label following poor sales in November of that year, but they’ve since returned with a new album produced by Max Tundra called ‘Daphne & Celeste Save the World’ in 2018 that is actually pretty damn good. Here’s this week then, to the bizarre but brilliant story of Daphne & Celeste – never boring, but unashamedly fun.