It’s Thursday, it’s midday, and time to bring you our second installment of our new retrospective music series of blogs, with The Story of Pop: 2000, revisiting all the UK chart’s big movers and shakers from two decades ago. This week: our first encounter with a man whose work defined this year… 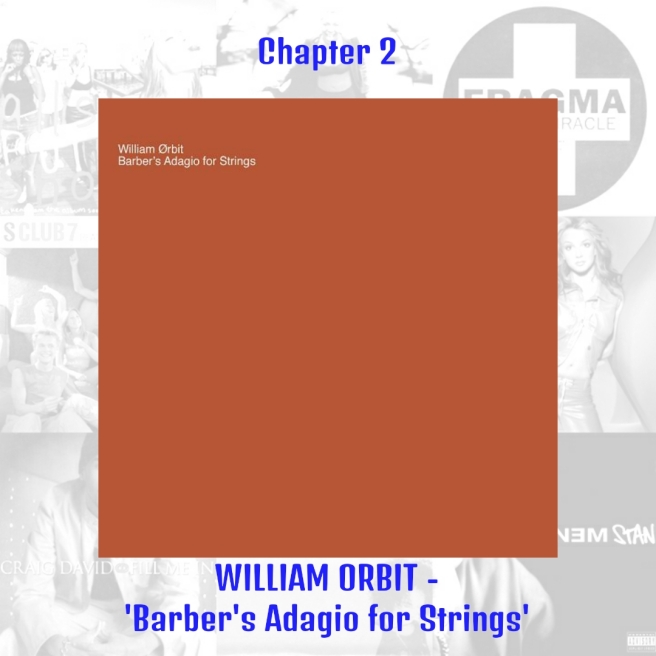 Our second week, and our second of the what we are politely calling the ‘1999 hangover hits’ we’re covering for the first few weeks of this series. Prior to the dawn of a new millennium, Shoreditch born composer and producer William Orbit was best known for being part of short lived dance and electronic music outfits Torch Song and Bass-O-Matic.

But by the end of 1999, he was in hot demand, following his universally praised work with both Madonna on her ‘Ray of Light’ album in 1998, and then with Blur on their ’13’ album, both of which topped the album charts. We’ll be meeting a couple of examples of his other esteemed work later in the series.

At the end of 1999, he had finished recording his album ‘Pieces In A Modern Style’, which, as the title suggests, reimagined classical pieces of music in his trademark ambient, electronic sound. One of these was his take on ‘Adagio for Strings’, as composed and arranged some 60 years previously by Samuel Barber back in 1938.

A thundering radio remix of ‘Barber’s Adagio for Strings’ by Ferry Corsten took it into clubland, and subsequently the UK charts that December, when it reached #4, and it was still a top 10 fixture once January 2000 arrived, with the ‘Pieces In A Modern Style’ album, released that February going onto reach #2 in that chart.