If you’re fancying yourself a trip back in time to a musical year of greatness and the biggest hits from that year, you’ve come to the right place – cause this is The Story of Pop: 1999. This week: we meet our first solo Spice Girl of this series with a Spanish influenced summer pop gem… 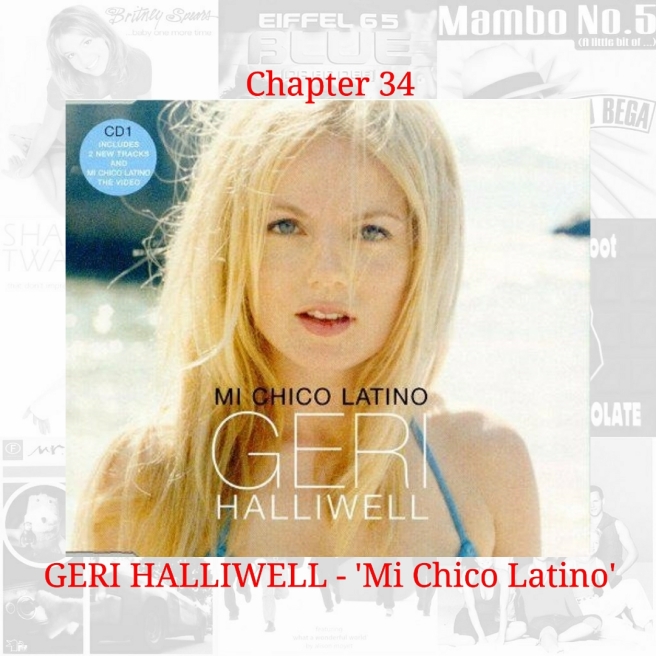 On 31st May 1998, when Geri Halliwell announced – via a memo read out by her solicitor – to the world’s press that she had left the Spice Girls, her parting words, like Arnold Schwarzenegger in Terminator before her were “P.S – I’ll be back”.

It’s also fair to say that even though her newly divorced Spice colleagues were still carrying on as a quartet, all eyes were on her as the notional spirit of the girl power pop ‘Wannabe’ hitmakers, to see what she would do next.

A year later, after reinventing herself via charitable exercises for Breast Cancer Care and as a goodwill ambassador for the United Nations, the world got its answer, when a more demurely dressed and blonder – but still cheeky – Geri emerged back onto the public stage with her debut solo single.

A bombastic, Shirley Bassey meets Sid Vicious big beat belter come “F-you girlies” mission statement, ‘Look At Me’ was possibly the most hyped single release there had been in a long while. Launched on a blitzkrieg round the world promo trip which culminated in her delivering the single to Zoe Ball, then host of BBC Radio 1’s breakfast show, for a world exclusive first play, it was followed by an equally anticipated debut for the monochrome, avantgarde ‘Ginger is dead’ promo video on Top of the Pops that same evening.

But one thing this promotional juggernaut hadn’t accounted for was Boyzone. With their popularity at an all time high, their (frankly piss poor) rendering of Anne Murray’s ‘You Needed Me’ had the advantage of having one more format for fans to buy than ‘Look At Me’, and thus a small matter of a hundred or so copies meant it had to be content with a #2 debut whilst the boys entered at the top.

As Geri released her debut solo album ‘Schizophonic’ a few weeks later, she was met with instant critical and press derision at her ‘failure’ to achieve a number one on her own away from the band she made her name with, all this overlooking the fact a #2 single and a top 5 album first time out was a remarkable achievement in and of itself.

But it’s fair to say that Geri, who had been used to number ones all through the Spice Girls, was by her own admission fearing for her career a little at this point. And it was clear that whatever she decided to release next, it had to hit big. Fortunately, she had just the song to perform the task effortlessly.

Whilst writing the ‘Schizophonic’ album in the autumn of 1998 with the production team of Paul Wilson and Andy Watkins at Absolute, she had wanted to write a song that tapped into her maternal Spanish roots. Seeking her mother Anamaria’s input over a phone call, asking for ‘something to say to a bloke in Spanish when you’re being romantic’, her mum came back – via her collection of Spanish language steamy romance novels – with the song’s spoken word intro: ¿Donde ésta el hombre con fuego en la sangre?

And that song eventually became the lilting, salsa infused stormer ‘Mi Chico Latino’. By pure synchronicity, when Geri was coming to decide her second single off the ‘Schizophonic’ album in the summer of 1999, the UK charts were in the grip of the Latino craze that had been started by Ricky Martin and Jennifer Lopez we met earlier this series amongst others.

Coupled with a memorable promo video shot in Sardinia, with Geri writhing around in a bikini on a yacht with some hunky dancers – and giving the world its first glimpse of her new, yoga honed physique – it was clear she was set to return to chart topping ways, and on this week twenty years ago ‘Mi Chico Latino’ gave Geri the first of her four solo number ones – and, spoiler alert – it’s not the only one we’ll be meeting in this series. But that’s for another post…