It’s 8:30pm on an overcast but pleasant Saturday evening in May on the most south easterly banks of the river Thames in London. And as the house lights dim and the screens flash up, someone looking very much like Olly Murs is trying (and thus far failing) to get past security and into the O2 Arena for what will be the biggest show of his current UK tour to date, the pinnacle and celebration of a decade long career that few expected him to have but he has richly deserved.

One can only presume that he got past the bouncers easily enough, for just seconds later, he was stood atop a stairway to one of the first level blocks of seating nearest the stage, resplendent in the geek chic wear he donned in the video for this show’s opening number, ‘Moves’, the first single off his current double album ‘You Know I Know’ which this tour is in support of.

The geek chic didn’t last long though, as it was whipped off mid-song in a breakdown to rival Janet Jackson for slickness to reveal Olly in a tailored, block printed red, black and white shirt. And from there, the show was off and running as only modern pop’s ultimate showman knew how.

Four back to back numbers from the new album were zipped through with enjoyable verve and cheek, including storming current single and Nile Rodgers collaboration ‘Feel the Same’. The title track from his new album ‘You Know I Know’ even found time to be mashed up with ‘It Wasn’t Me’, the 2001 megahit from his otherwise absent guest star on the track, Shaggy.

Recent classics like ‘You Don’t Know Love’ (given a suitably rocked up, pyrotechnic reworking) and ‘Kiss Me’ were also aired, before the tempo was bought down and Olly utilized his platform, in front of his home crowd, to touchingly address mental health, and his own struggles with anxiety, and the importance of talking about it through what is undoubtedly one of the highlights of the current album in ‘Talking to Yourself’. Sung with such passion and feeling, it’s safe to say there wasn’t a dry eye in the house at this point.

Much like the album this tour is for, it was a show of two halves, one half given over to the songs on his sixth album (the ‘I Know’ side) and his greatest hits from the last ten years (the ‘You Know’ side). As the setlist suddenly went right back to the start of his career, we were afforded an enjoyable trip down memory lane with his original audition piece on The X Factor in Stevie Wonder’s evergreen ‘Superstition’.

His first two singles from his ska and reggae pop flecked debut from 2010, ‘Please Don’t Let Me Go’ and ‘Thinking of Me’ also got a long overdue revisit, via some amusing anecdotes about YouTube trolls of a decade ago (‘They said that ‘Please don’t let me go’ is what I’d be saying to the record label when they dropped me. Well f*** you, cause I’m still here!’) and how, for one week, his single going to number one meant ‘I was on top of Katy Perry for a week.’

Also performed, to our fanboy delight, was ‘That Girl’, a track that wasn’t even a single from his last album, 2016’s chart topping ’24 HRS’. It was, he tells the audience, only ever a deluxe bonus track, but went viral in China and was streamed five billion times, meaning he is bigger than king of mumbly borerap Drake in at least one territory. Let it never be said that his banter isn’t cheeky yet charming. 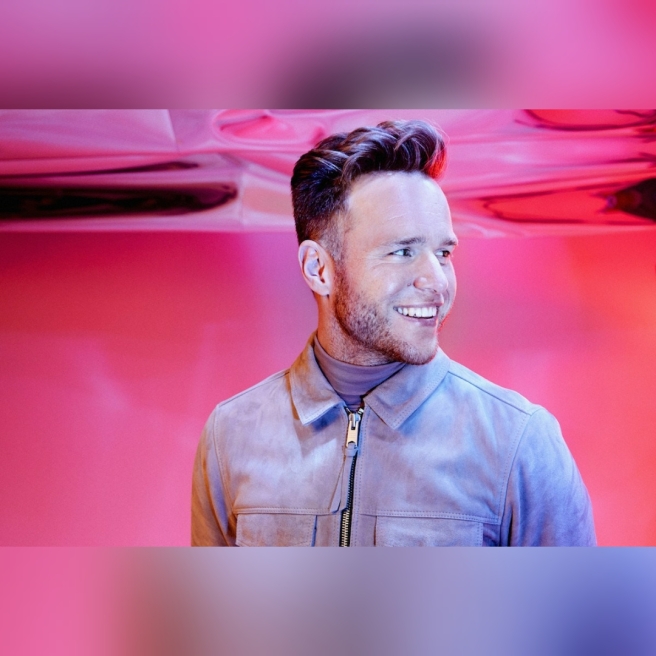 And as if to prove how much things have come full circle, the current winning coach of The Voice UK sang with his winning act, as this year’s victor Molly Hocking joined him to reprise their version of ‘Stars’ by Simply Red that they performed on this year’s final. The runner up on a talent show ten years ago mentoring the winner as a coach on another talent show ten years later doesn’t get more cyclical than that.

Somehow though, there was a quiet but unshakeable sense of the night and this tour being cyclical in more ways than one. Whilst waiting for his support act Rak-Su to come on stage earlier in the evening (who by the way were fabulous, and how they haven’t had a sellout tour of this scale on their own is beyond us. Hopefully their total bop of a forthcoming single ‘Rotate (Anticlockwise)’, which they premiered to the crowd, will change all that) we had a flick through our tour programme.

In a timeline of his career, he states that after this tour, he’s having his knee operated on, which will ‘force him to take a step back for a bit and reflect on this milestone’ he’s achieved. But with himself having admitted on Tweets and in certain interviews in the last few months that the outlets he promoted his music to have turned their back on him for the supposedly heinous crime of not being ‘cool’ or young enough for their ‘audience demographics’ (Radio 1, we are looking at you and your ‘playlist committee’, for shame. He’s 35, not 105), in turn meaning his singles now struggle against the Post Malones and other faceless algorithm friendly types that get a higher ranking on Spotify, we worry he might be thinking of making his post-tour break longer than we thought.

Watching the montage of all his previous videos and highlights of his career flash by between songs bought it home just how sad it would be if these weren’t going to be added to in the future. Certainly, there are few artists who’ve been around for half the time or less that he has with as strong a triumvirate of dead on the mark pop classics like ‘Dear Darlin”, ‘Troublemaker’ and ‘Dance with Me Tonight’ that he closed the show in a spectacular encore with. The world needs more of that, regardless of charts and sales.

Rare is the artist who anyone ends up staying loyal to for a significant chunk of their lives, but for a third of mine, Olly – as honest, funny, good natured, driven, uplifting, bloody multi talented and a tonic as he’s always been and continues to be – has been the ever constant backdrop to my pop loving life these last ten years. How significant he has been to me is how Emma Thompson’s character in Love Actually, Karen, feels about Joni Mitchell.

He absolutely proved why that stage has been his for the last ten years, and that the showman, and making music and putting on shows that makes people smile is in his DNA. I just hope that my fears are unfounded, and that another ten years and more on this stage are awaiting him.

Olly’s ‘All the Hits Tour’ continues at the Bonus Arena in Hull tonight, and finishes at the Kingsholme Stadium in Gloucester on 7th June. Twitter: @ollyofficial