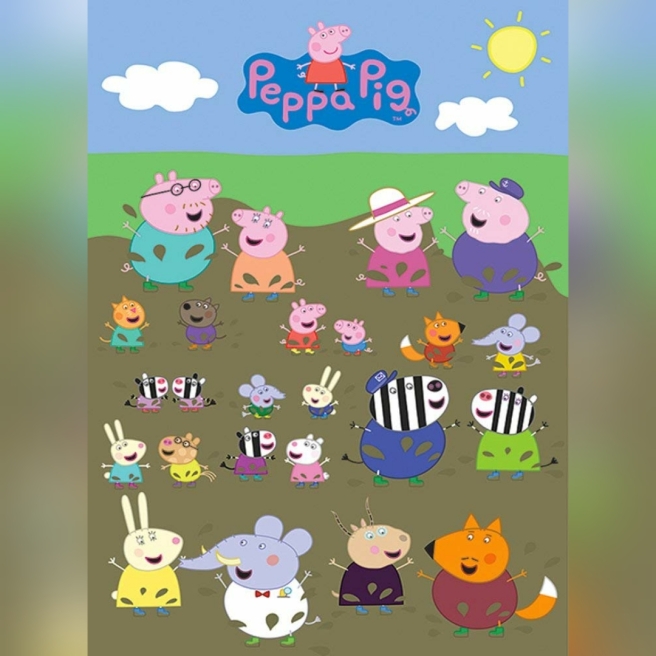 I think everyone is a little bit guilty of subscribing to the view that their age of TV as a youngster was the golden age of kid’s shows, and nothing around for today’s kids even comes close. Sometimes, that’s a fair enough argument to make.

I’ve been an uncle to two nieces and two nephews for nearly ten years now, and in my experience, just one snatch of the Paw Patrol theme tune is enough to make me delirious and/or want to shriek. In The Night Garden with it’s Sir Derek Jacobi narration and bizarrely named alien characters is about fifteen minutes longer than it needs to be. And don’t even get me started on the whinging little brat that is Bing.

But there is one show which all of my nieces and nephews – the eldest is 8, the youngest just turned 18 months – have loved at some point or perhaps still do which I am completely unanimous in their admiration of. It’s a show where dinosaurs, both real and toy, are called ‘Dine-saws’ (with an obligatory ‘Grr’ for emphasis), where all the jobs in the world are done by a single female rabbit, and where a potato with a moustache, trilby and unspecified accent is the source of celebrity and adulation for all. Welcome to the surreal but acutely funny world of Peppa Pig.

The creation of British animation team Neville Astley, Mark Baker and Phil Davies – collectively trading as Astley Baker Davies – the series has now been on air here in the UK on Channel 5’s Milkshake strand for younger viewers since 2004, in which time there’s been over 250 episodes, airing in over 180 countries, and an endless line of merchandise that means demand for all things Peppa is bringing in an estimated turnover of £140m a year.

But where does the appeal lie in a show that is, to all intents and purposes, aimed at the under fives? The answer is that it’s more of a kid’s show by accident. If you look throughout history, it’s the ones that appeal to both the captive young audience and their grown ups that are the most fondly remembered and held in high regard: The Magic Roundabout, The Clangers, Paddington Bear, Bob the Builder. The list goes on, and Peppa is a happy continuation of that trend. 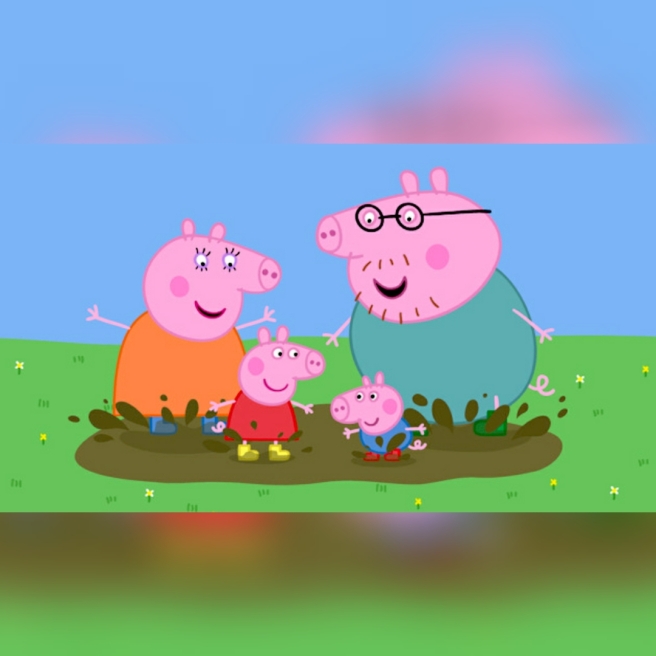 Watch the show for long enough (as I often find myself when in the company of my youngest nephew recently), and you come to realise that Astley Baker Davies have put a microscope to life for everyday, ordinary families and all its idiosyncrasies and hilarities in the medium of an animated family of pigs and their animal friends.

If we’re laughing at Daddy Pig telling himself he ‘must become one with the puddle’ to be a champion muddy puddle jumper in the manner of Mr Miyagi from The Karate Kid, or Granny Pig telling Grandpa Pig how to operate a tin opener and boil an egg to feed himself whilst she goes away for a few days, it’s because we’ve all had those moments of mental preparation and/or stupidity in our lives.

Equally, every parent is surely able to identify with that heart stopping moment doing arts and crafts with their little ones when it’s suggested that glitter is used such as when a twitchy eyed Madame Gazelle, the playgroup teacher is met with a volley of cries of ‘GLITTER GLITTER GLITTER’ in the episode where they make masks (there is a subsequent glitter explosion, but they get it under control).

The Astley Baker Davies microscopic approach however, doesn’t stop there, as an adult viewer is able to laugh at and relate to situations like what happens when all the jobs in the world don’t get done – driving a bus, selling ice cream and running a supermarket checkout – when Miss Rabbit trips on her nephew’s toy and sprains her ankle, or what happens when Mr Bull digs up the road (as he seems to do every second episode along. I wonder if he’s employed by my local council at all given the sheer volume of roadworks we’ve got in and out of my town centre at time of writing).

And then there’s the knowing references or jokes that may be going over the head of some of the show’s younger viewers, as anyone who’s watched the ‘International Day’ episode will testify. If you’ve never seen it, it’s in my YouTube playlist above, but when you do, suddenly it’s impossible to not see George Pig as Russia and Edmond Elephant as Greece fighting with Suzy Sheep (Holland) and Zoe Zebra (Japan) in the playgroup sandpit and not consider it an amusing political allegory that you wouldn’t get from a week’s worth of watching Newsnight. 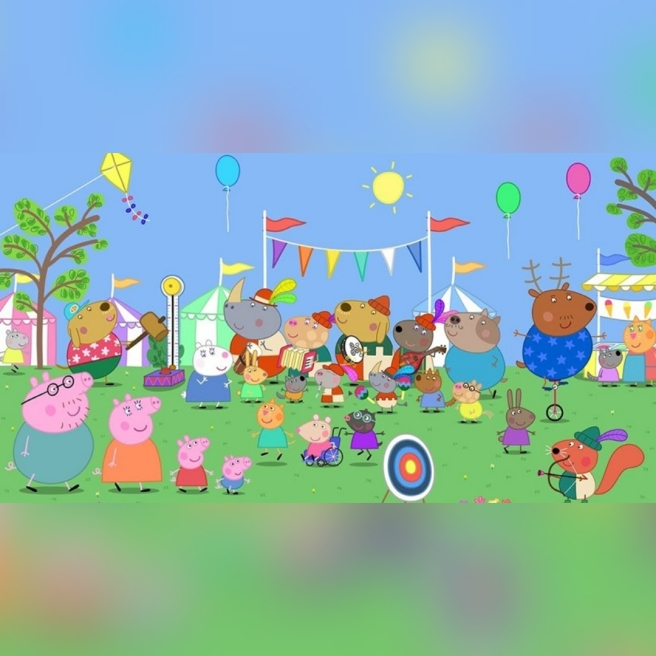 And then there’s the episode where Daddy Pig oversees building of a new house next door to Peppa’s (also on a hill, as every location seems to be in the show’s universe. How does that work?) which happens to be the new home of Wendy Wolf and her family. His response when Mr Wolf asks him what his own house is made of, by the by: ‘Bricks – so don’t even think about it!’

And it is this that means if the nephew is getting antsy at any given moment, pointing him in the direction of the small collection of Peppa DVDs by our TV cabinet means he’s happy for an hour or two and we can be mildly amused and lost in the world of this wonderfully crafted but wittily relatable show. To paraphrase the narrator at the end of most episodes, everyone with a small person in their life loves watching Peppa Pig.

Peppa Pig airs weekdays for UK viewers at 6am and 7:15am as part of Milkshake on Channel 5. Twitter: @PeppaPig