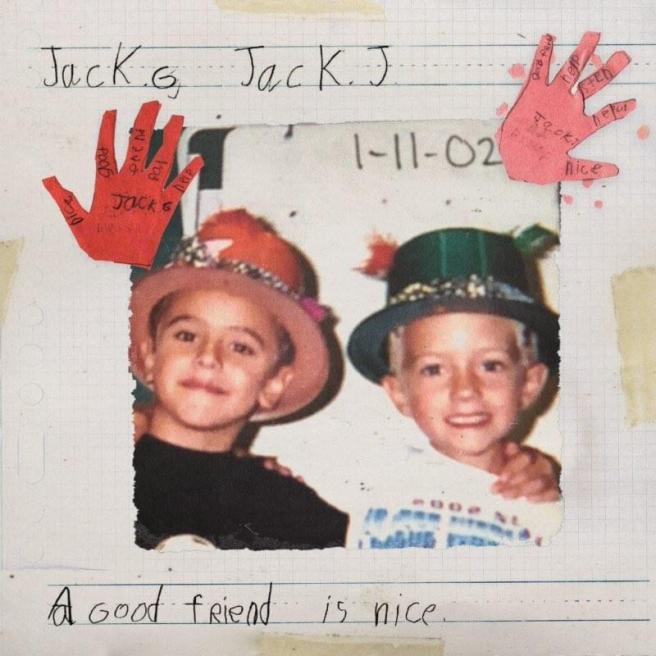 I fully anticipate that my traffic for this week’s #SongoftheWeek blog is going to be abnormally higher – chiefly because of the two young rapscallions behind it. But first the facts. Pop’s not had a proper duo since the heady days of Wham! and Mel & Kim in the 80s (yes, I’m probably showing my 29 years of age, youth contingency, but as Eddie Izzard once said, stick with me, my story gets better).

Enter Jack & Jack, a US pop rap duo consisting of Jack Gilinsky and Jack Johnson (no, not that one), friends since childhood, and with photogenic good looks and a ready built army of loyal followers thanks to being discovered doing comedy on the now defunct micro video app Vine.

Their move into pop music got under way three years ago, and along the way they’ve released tracks that have seen them collaborate with Shawn Mendes, and perhaps most known to British audiences was their feature on ‘Rise’, the huge top 5 hit for DJ and producer Jonas Blue last summer.

Their debut album finally hits the shelves here in Blighty today, and this track is unquestionably it’s standout. Aptly so for its title, ‘Daydreaming’ is indeed a dreamy, hypnotically alluring offering of pop with light R&B undertones. In a world where pop acts are becoming increasingly hard to break, it’ll be nothing short of a shock if Jack & Jack aren’t packing out arenas by the end of 2020 with hits in waiting like these.

‘Daydreaming’, along with Jack & Jack’s debut album ‘A Good Friend Is Nice’ are available to stream and download from today via Universal Island. Twitter: @JackAndJack