Welcome to The Story Of Pop: 1999, our new weekly retro series of posts where we rewind the UK charts back to two whole decades ago and tell the story of one of the most brilliant and sometimes bizarre years for the UK charts. Let’s begin then, as all good stories start, at Chapter 1… 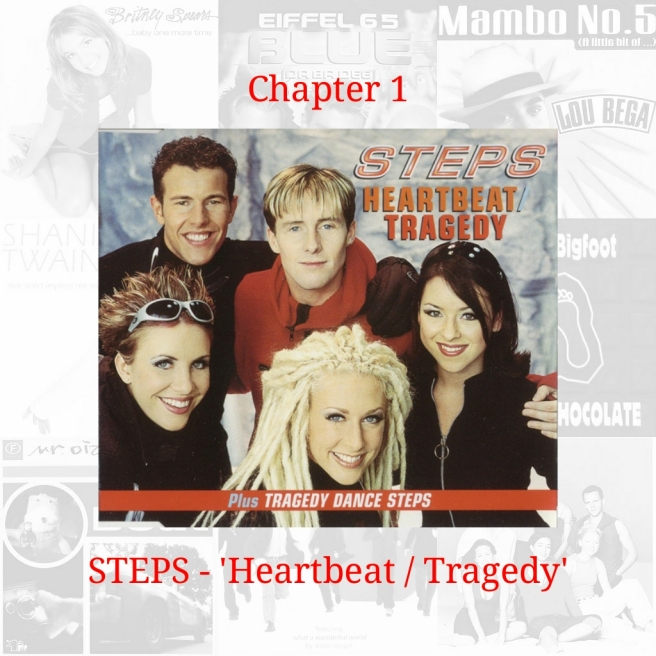 If there’s one thing in common with the charts of twenty years ago with that of 2019, it’s that January is always traditionally a quiet month. The Christmas hits that dominated the charts of December fall away to nothing as some songs that have been waiting patiently since the tail end of the previous year suddenly gain a second wind. And that was the case for Faye Tozer, Ian ‘H’ Watkins, Claire Richards, Lee Latchford-Evans and Lisa Scott-Lee – better known as the ABBA-esque super smiley popsters Steps, back at the start of 1999.

1998 had by all accounts been a spiffing year for them considering they were only ever supposed to be a line dancing one hit wonder. Debut album ‘Step One’ was the biggest selling of that year by a debut act, and they’d sold a million singles in the UK over their first three top 10 hits. Their fourth double-A-sided single had already been on the chart for two months at this point, having debuted at #2 behind Cher’s megahit ‘Believe’ in November ’98.

With it’s ‘so naff it’s actually quite good’ Christmas-y themed video, wintery ballad ‘Heartbeat’ was initially the more promoted of the two tracks. But following the showing of the video and several TV performances, with a dance craze that swept school discos the land over with it’s signature ‘hands held to the side of the head whilst looking shocked’ move, their souped up cover of The Bee Gees’ 1979 chart topper ‘Tragedy’ became the song that even now, they are most synonymous with.