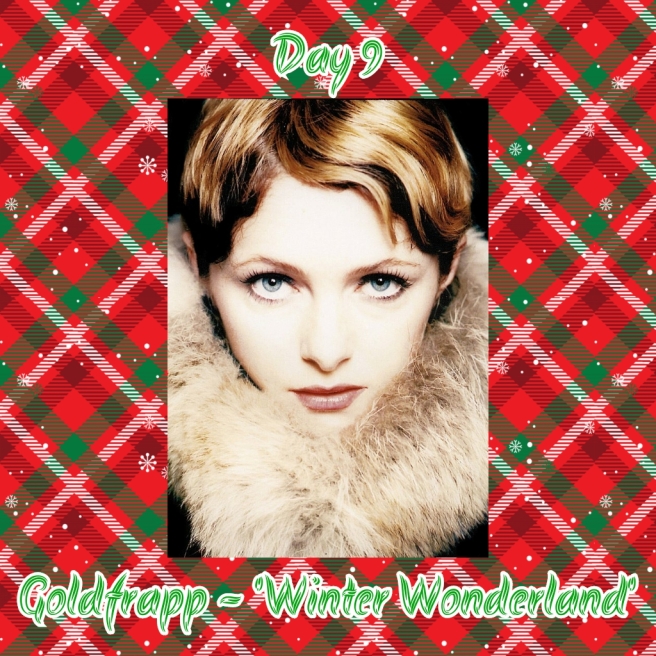 For a band more commonly associated with a frontwoman who’s been known to wear a horse’s tail on stage and have the lyrical mind of a lusty French madam, the idea of Goldfrapp doing a Christmas song, particularly such a well known one, sounds about as odd as a jacket potato with raspberry jam.

Thankfully, the idea in practice actually works rather well. Originally released on a Starbucks Christmas album, it was retrospectively added due to demand as a digital B-side to their 2008 single ‘Caravan Girl’ – and you can hear why. Alison Goldfrapp gives an ethereal, slightly mystical take vocally on the ‘wonderland’ this long standing Yuletide classic speaks of. Magical, in a word.

Don’t forget to follow our Christmas Song Advent Calendar playlist for this year on Spotify so you never miss a new song as it goes up. Plus you can comment or Tweet us with your thoughts on each entry using the hashtag #ChristmasSongAdventCalendar!