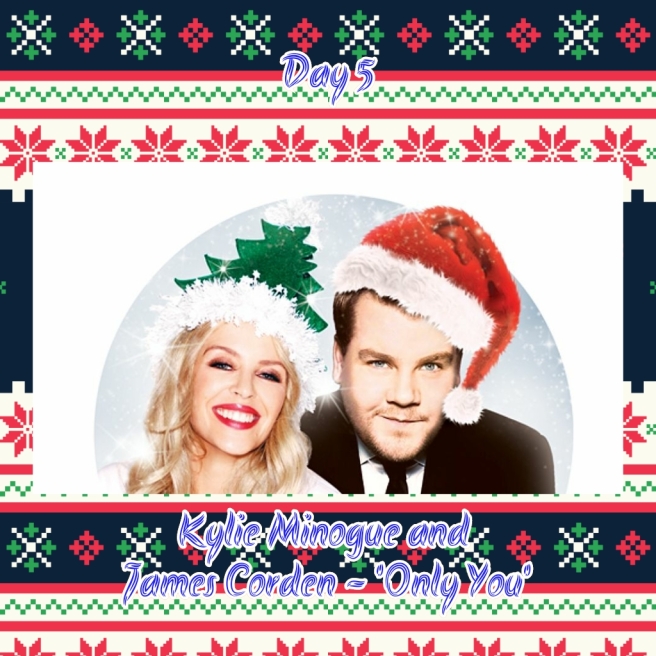 “Only You” is one of those great Christmas songs that isn’t technically a Christmas song. It actually started life as the debut single and a #2 hit in 1982 for Yazoo, the pop duo of former Depeche Mode member Vince Clarke and Alison Moyet. A year later, acapella group The Flying Pickets released their version, bagging 1983’s Christmas number one.

Fast forward 22 years to 2015, and pop royalty Kylie Minogue recorded her version for her “Christmas” album, bringing in her good friend and host of The Late Late Show in America, James Corden, for duetting duties. Their version is a surprisingly tender and moving reading, really highlighting the feeling of longing and emotion in the lyrics. A real winter warmer.

Don’t forget to follow our Christmas Song Advent Calendar playlist for this year on Spotify so you never miss a new song as it goes up. Plus you can comment or Tweet us with your thoughts on each entry using the hashtag #ChristmasSongAdventCalendar!