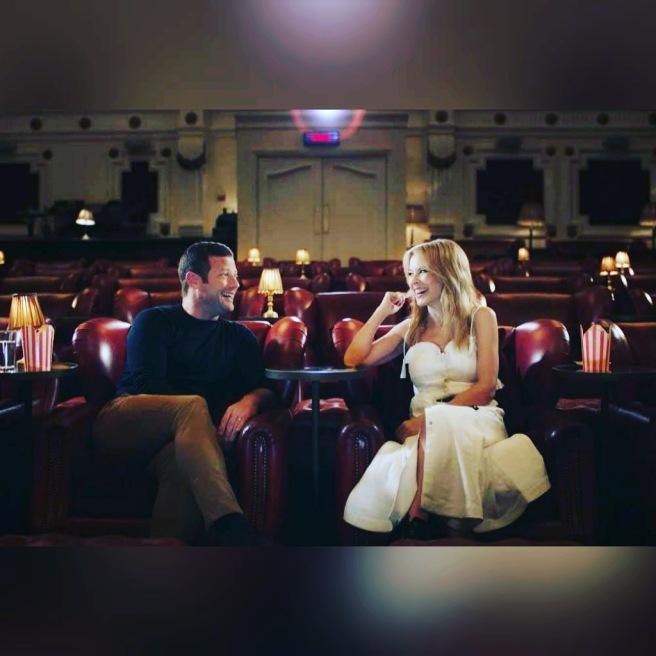 That there Dermot O’Leary has got his fingers in a few televisual pies at the moment. But perhaps the best of all is a brand new music show exclusive to BBC iPlayer that Marks Tey’s first son is hosting that we are rather excited about indeed.

‘Reel Stories’ sees Dermot with a special musical guest/icon talking through their career to date via the medium of old archive footage and clips to link it all together aired on a vintage cinema screen. And first on the receiving end of this treatment for the pilot, is the princess of pop, Kylie Minogue. 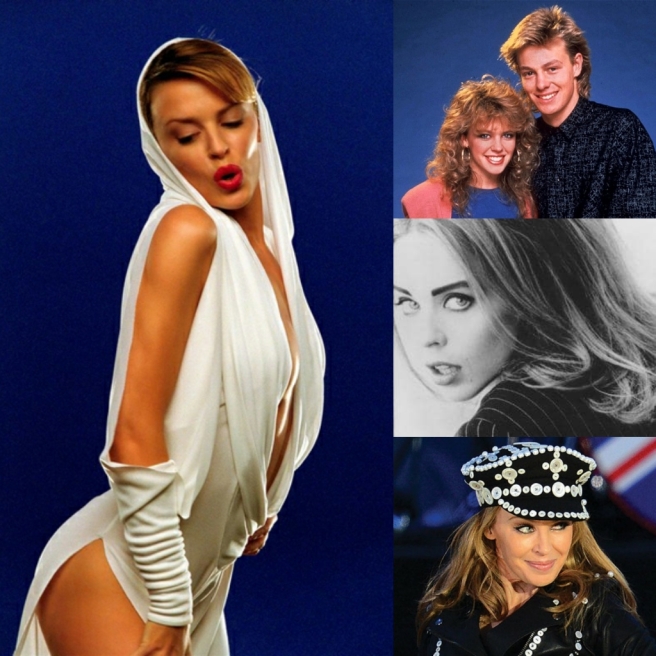 At only half an hour long, it doesn’t give near enough the amount of time needed to dissect the petite Aussie starlet’s three decade long career, but the choices of archive clips are well selected, and showcase the length and breadth her career has gone to along the way, from her surprisingly emotional final scene as tomboy mechanic Charlene Bishop in Neighbours, to the completely opposite end of the spectrum, a choice cut from her 90s wilderness/’cool’ years, as guest artist and raunchy Geisha in the video for avant-garde dance outfit Towa Tei’s ‘GBI’.

There’s also the obligatory crowning moments of glorious highs – her 00s resurrection via a mash-up with New Order’s ‘Blue Monday’ for her performance of ‘Can’t Get You Out Of My Head’ at the BRITs in 2002, for instance, or performing for The Queen at her birthday concert at Royal Albert Hall earlier this year.

For a long time, the BBC has needed a decent music based show on its schedules that’s not concerned with trying to tap needlessly into the youth market in the most patronizing ways possible (evidenced in the fact that their attempt to do so for BBC One last year, Sounds Like Friday Night, was canned after two poorly recieved series).

With Dermot at its helm, warm, engaging, and consummately professional, ‘Reel Stories’ is – with some slight tweaking such as stretching it to an hour – well worth being taken up on for a full series on one of the main channels.

‘Reel Stories’ is available for UK viewers to watch now on BBC iPlayer.