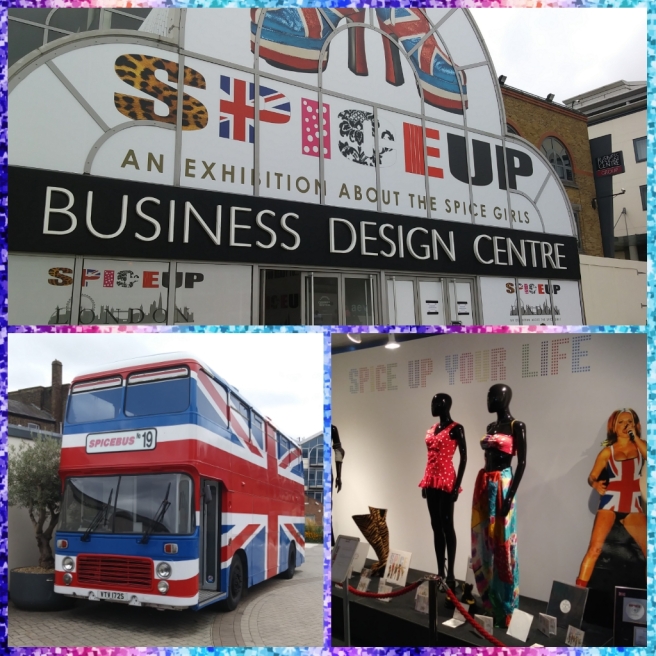 Nostalgia. It’s a powerful – and underestimated – thing isn’t it? How a smell, a taste, a sound or an image can bring thousands of memories flooding back. The best nostalgia trips thrive on an assault of all these senses.

For whilst a few thousand people were descending on Hylands Park in my home city of Chelmsford over this weekend for the first ever RiZe Festival, headlined by a leading man of 90s British pop and rock – Liam Gallagher – I was 50 minutes away by train and a delayed Tube in deepest central London – Islington, at the Business Design Centre, to be exact – attending an exhibition centred on five of the 90s most famous British women in pop. One of whom, Melanie C (Sporty Spice), famously challenged Messr Gallagher to ‘come ‘n ‘ave a go if ya think you’re ‘ard enough’ at the 1997 Brit Awards. 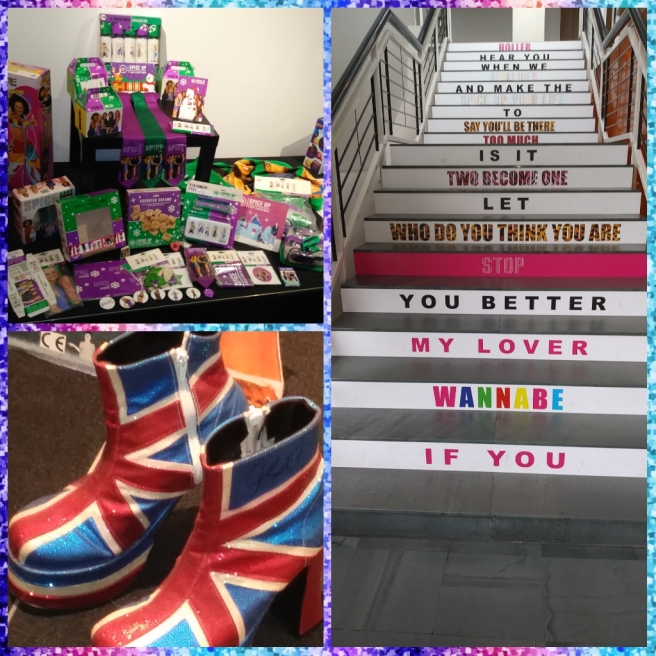 Spice Up: The Exhibition is, as it’s name suggests, a full scale, bold Technicolor sound and vision – and the kitchen sink – exhibition about the Spice Girls. It finishes in London this week (Monday, 20th August) before heading onto Manchester on Friday (24th August) for a two week run, then on a nationwide tour around twelve other – yet to be confirmed – UK cities.

Leading a team of collectors and avid Spice fans in this jaunt is Scotsman Alan Smith-Allison, curator of the exhibition which first went to public display in Cyprus back in 2016 to a well received turnout. Two years on, and joining forces with other well known Spice aficionados – including Liz West, whose own 2016 exhibition in Watford we were meant to attend to mark the 20th anniversary of ‘Wannabe’ being released, but had to cancel last minute – a truly engaging, enjoyable labour of love and all things girl power has been created that’s become the talk of social media amongst pop fans since it opened a month ago. 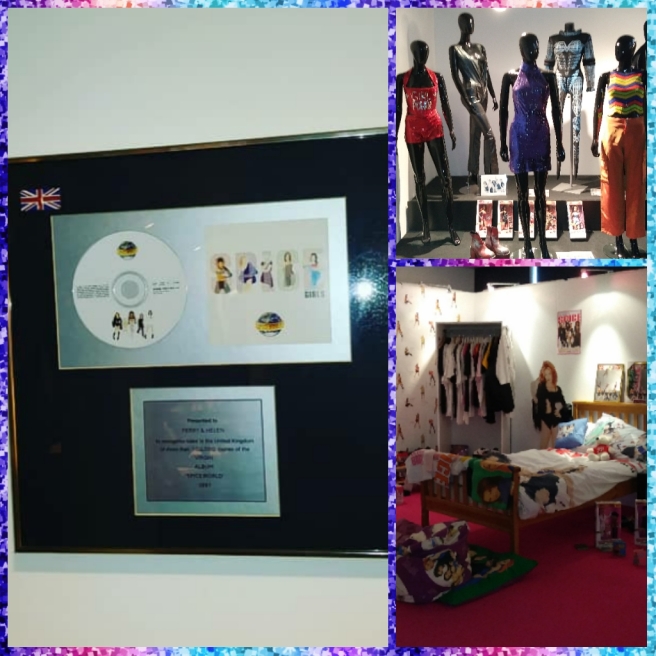 Everything about the exhibition has been carefully thought through and executed, to the point where you’re reminding yourself that this is a totally organic, crowdfunded venture. It’s a Spice Girl fan’s dream that Simon Fuller himself couldn’t better, even down to the loving restoration of the famous Union Jack emblazoned double decker bus from Spiceworld: The Movie parked outside in the centre’s forecourt. A superb colour changing, neon lit entrance with video screens, flashing up scenes from the girls’ live concert for Pepsi in Istanbul greets you on entrance to the two floored spectacle, starting in chronological order through every single, album and tour campaign.

But far from being just a collection of their official (in some cases rare) music releases and merchandise, much of their stage costumes – although tellingly, not much of Baby Spice, Emma Bunton’s outfits appear – are presented in this exhibition, from Posh Spice Victoria Beckham’s original ‘little black Gucci dress’ from the ‘Wannabe’ video, to Ginger Spice Geri Halliwell’s corsetted red dress from their performance at the closing ceremony of the London 2012 Olympic Games, via Scary Spice Mel B’s red leopard skin coat from when they met Nelson Mandela and HRH Prince Charles in South Africa at the height of their fame. 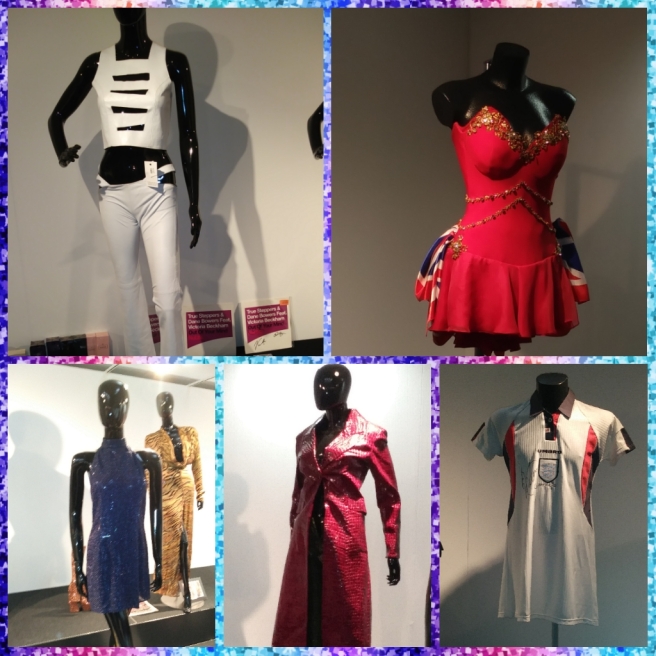 Seeing these outfits and costumes in such close detail reminds you of how homegrown and accessible the Spice Girls themselves were, and how a whole generation of pop fans – particularly young women and girls – identified with this, and their message of positivity, self assertion and ballsiness.

But one thing this exhibition also reminds you of is just how colossal their impact in the 90s really was – particularly with the displays that showcase their many sponsorship deals they notched up that made them household names the world over. Even passing a display like the plethora of Walkers Crisps wrappers reminded us of how tasty the ‘Cheese & Chive’ flavour was (bring it back already!) 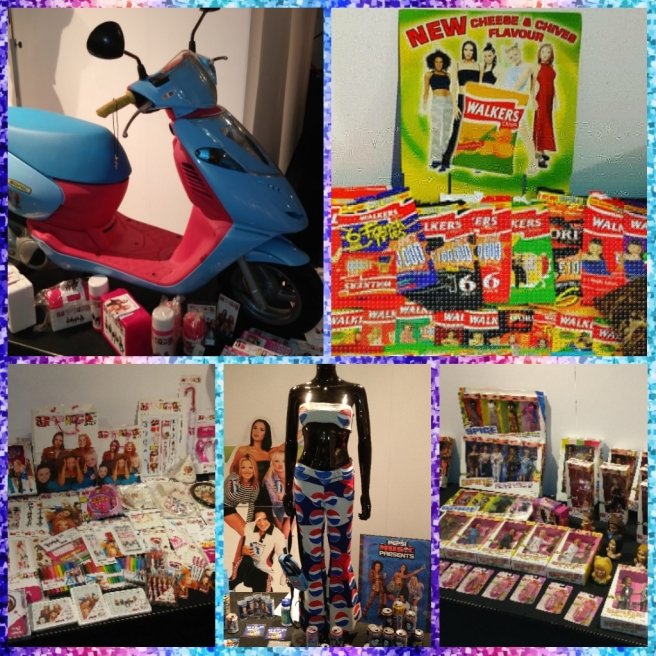 Up onto the second floor, the exhibition goes on to cover each girl’s individual efforts, first through their solo music careers and then into subsequent ventures of (respectively) TV presenting and fitness, radio DJing, fashion, musicals and children’s books. It’s a reminder of how much their impact has lasted that all five girls are still in the public eye today.

The piece de resistance of this extravaganza are two screening rooms, with the option to watch either their live Pepsi concert in Istanbul in 1997, or Spiceworld: The Movie. I plumped for the latter option (seeing it on a cinema screen was a new experience for me, having spent a lifetime watching it first on VHS from my sister’s Baby Spice collectable tin, and then on DVD. And yes, I can still quote most of it word for word, the bit about mantarays included. 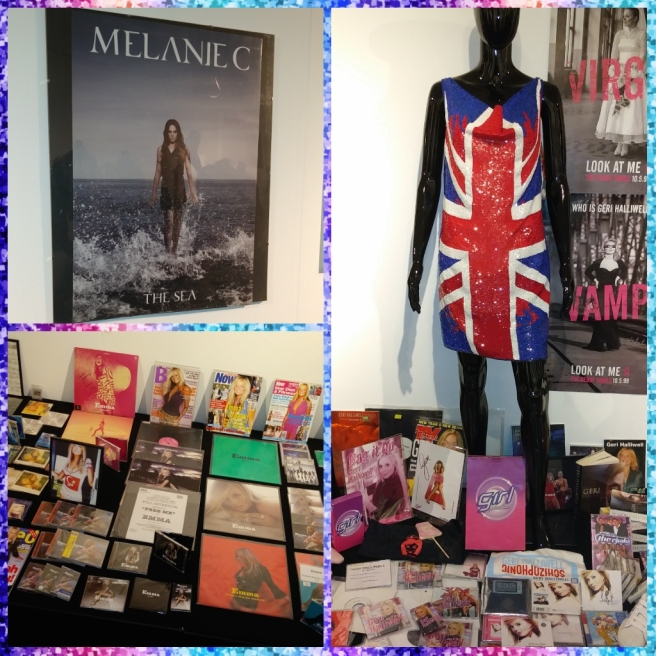 Looking around the darkened screening room, I noticed a couple of things. Firstly the look on people’s faces, the smile that I was smiling, the laugh that I was laughing, and the foot that was tapping and the urge to sing along with wild abandon when their many hit songs came on.

But I also took in that many of the people that are/were fans that are my age – and slightly older – now have kids of their own. I clocked one lady sat in front of me, her young daughter with her hair in bunches, dancing in her seat to ‘Spice Up Your Life’, and in this, I saw what I don’t doubt Smith-Allison and his team set out to achieve: the passing of this crazy, fearless bunch of girls and their historic pop legacy on from one generation to another. And what could be more girl power than that? 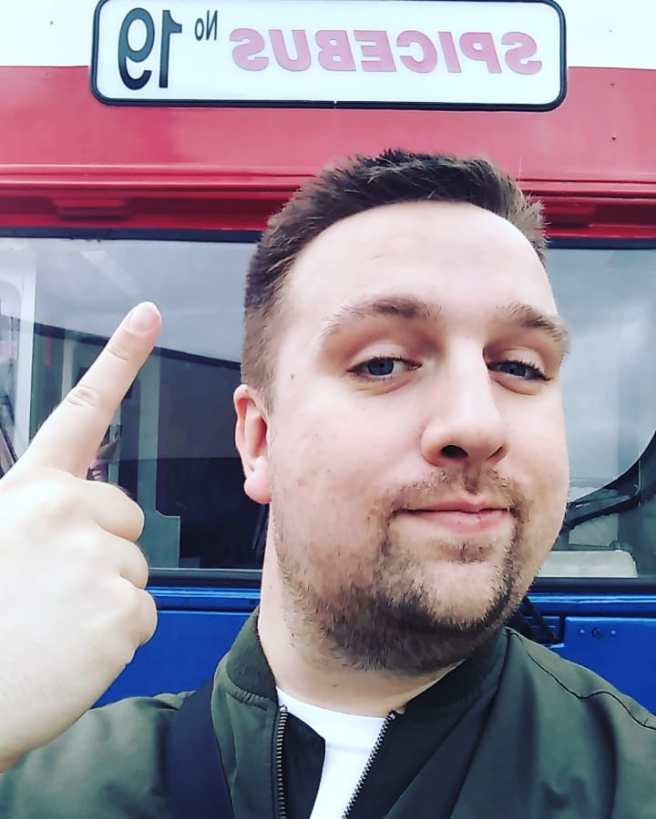 Click below to watch a video of Alan Smith-Allison talk to HuffPost UK about Spice Up: The Exhibition. Follow the event on Twitter @SpiceExhibition, where there is also a link through to purchase tickets for the Manchester leg starting on Friday, 24th August.