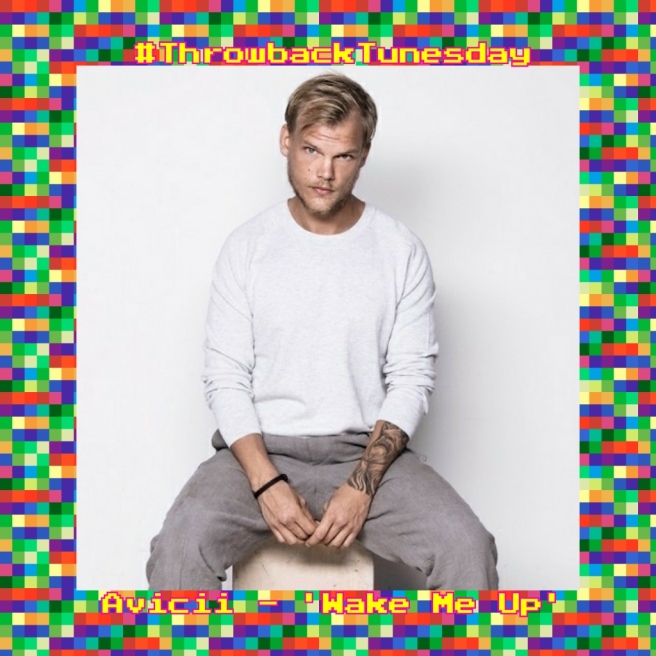 Hello all! We realise some of the regular blogs have been awol these last few days. There are two perfectly good explanations for this however: firstly, that last week was a bit manic on the non-blog front. And secondly, that it’s been too hot for us to write. Consider it a midsummer blog siesta if you will.

Fortunately, we are now back in business with this week’s edition of #ThrowbackTunesday, so before we get to this week’s featured song, let’s see which five UK chart hits from this week in the last 25 years we’ve got on the playlist…

When I set out my schedule of these #ThrowbackTunesday blogs about three months ago, little did I realise that I’d be writing about today’s artist in the past tense in more ways than one.

Within the space of just seven years, Swedish DJ and producer Tim Bergling, better known as Avicii, sold millions of records and became one of the world’s most popular figures on the dance music scene. Hence his sudden death in April this year at the age of 28 genuinely felt like someone had been taken too soon.

His biggest and best known hit, and the lead single from his debut album, ‘Wake Me Up’ started life when he was working on a demo for a completely different song, and also a collaboration with ‘I Need A Dollar’ hitmaker Aloe Blacc – and the resulting hit was a combination of the best bits of those two tracks.

With surprisingly poignant lyrics – especially more so now – about life, dreams and reality, and how life is a dream, it was no surprise that this was a dance record that crossed over into the mainstream and struck a chord with so many people.

Shifting over 267,000 copies – the fastest selling single of 2013 in the UK by all accounts – in its first week of release, “Wake Me Up” debuted emphatically at number one five years ago this very week, where it stayed for three weeks, on it’s way to becoming a million selling single by that October.

Here then, in memoriam, is us raising our #ThrowbackTunesday glasses this week to Avicii. Although he is gone, his music – this established modern classic included – will certainly never be forgotten.