Hope you’re all having a lovely Easter break! It’s when the weather starts turning towards Spring again, that I am immediately seeking out some old literary favourites that evoke my fondest memories of this time of year in particular.

This usually includes, but is not limited to: Wordsworth‘s famous Romantic poem ‘The Daffodils‘, Arthur Ransome‘s ‘Swallows and Amazons‘, and also, the works of one of my favourite childhood authors, Beatrix Potter. 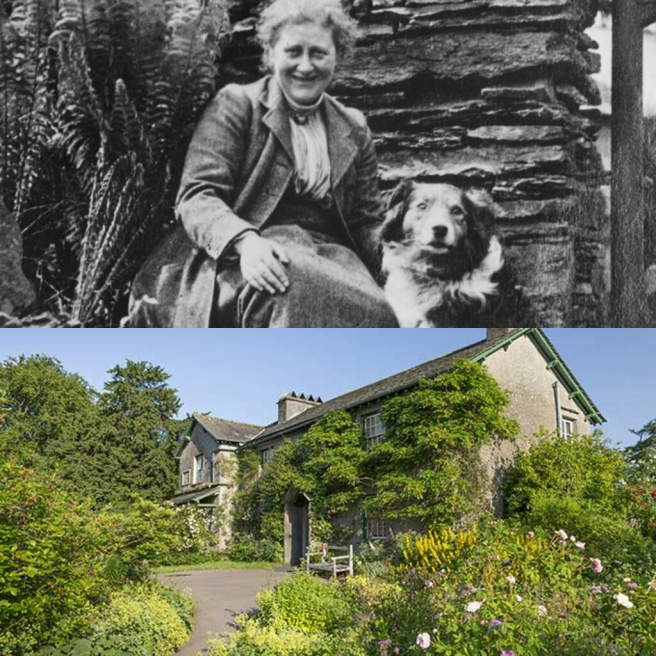 Her magical tales, set in the rolling Lake District countryside where she eventually settled (her Hill Top Farm residence remains one of the National Trust’s most popular attractions), with a whole host of animal characters were first published by Frederick Warne in 1902, with perhaps her most widely recognised book, ‘The Tale of Peter Rabbit‘ – a new film of which, with the voice talents of James Corden, has just been released in cinemas – still selling in the millions of copies today. 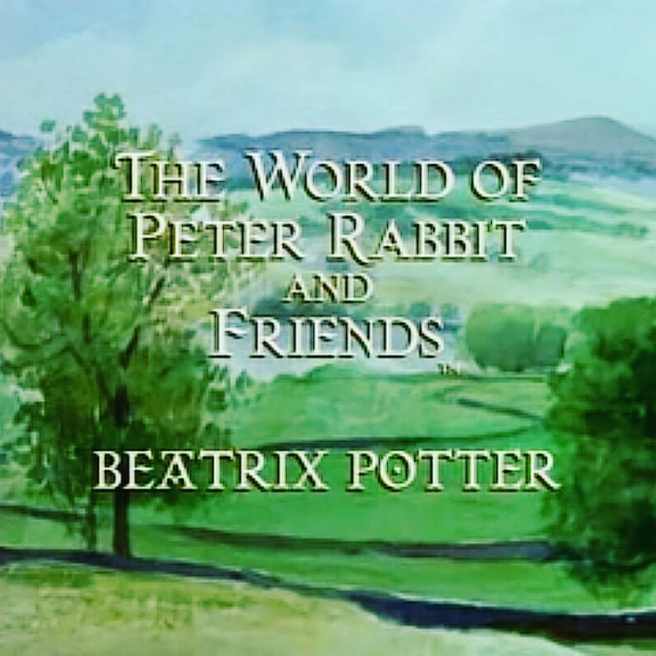 Beatrix Potter’s stories are as an essential part of a British childhood as they’ve ever been. For me, I was fortunate to get into the stories around the time a popular BBC TV series that is probably the most faithful screen adaptation of her works, titled ‘The World of Peter Rabbit & Friends‘, mixing live action with hand drawn animation evocative of her original illustrations, was broadcast, with the actress Niamh Cusack taking on the role of Miss Potter long before Renée Zellweger did.

We used to watch it every Easter, and even watching it again yesterday and re-reading her stories for the purposes of this blog, I felt just as captivated as I did back then, from the minute the haunting title theme ‘Perfect Day’ by Miriam Stockley starts. So today, I am here to give what I believe is my definitive ranking of a literary icon’s best works. To Miss Potter: an author of remarkable excellence.

1. The Tale of Peter Rabbit

There’s a reason that Peter Rabbit is to Beatrix Potter what Winnie the Pooh is to AA Milne. Emma Thompson, who recently wrote and published three new stories about him, called him, in her parlance, ‘the blue coated, naughty maniac’, which is strong a suggestion, but an apt one.

The story of him stowing away, against his mother’s advice, to Mr McGregor’s garden, stealing radishes and almost being caught by the aforementioned gardener, is a mixture of morality tale and gripping adventure. Everyone one of as kids – and I even see it with my own nieces and nephews now – rebels and tries to see how far they push it.

Peter is as much a symbol of this phase of childhood as any other, and it is that which, I would argue, has kept audiences captivated for the generations that they have.

2. The Tale of Mrs Tiggy Winkle

With a name that became shorthand for hedgehogs the land over, this story of a little girl called Lucy, losing her pocket handkerchief and a pinafore, and going on a search for it high into the Cumbrian hills is one of the most reassuring of all her stories.

Stumbling across her through a tiny little door in the hills, Lucy becomes ‘very much acquainted’ with Mrs Tiggy Winkle, a hedgehog who sets about cleaning and mending the clothes of many of the characters that inhabit Potter’s world.

It’s reassuring in so far as there are some bastions of reliability and good stead in amongst the wilder, daring and more simple/conceited characters in her stories. Even if, as Lucy as shrewdly observes at the story’s end, Mrs Tiggy Winkle is nothing more than a hedgehog.

3. The Tale of Mr Jeremy Fisher

This story is probably the one I have the fondest connection to, as I still have the hardback copy my parents gave me for my birthday when I was five.

A most squirely amphibious gentleman, Jeremy Fisher invites his two esteemed guests – Sir Alderman Ptolemy and Issac Newton (a tortoise and a newt, respectively) for a dinner party.

He sets out on a fishing trip to catch his main course – only to nearly find himself the lunch menu of a particularly large pike! Full of humour and action, it’s resolved, as most good stories are, over a glass of pond wine, and roasted grasshopper with ladybird sauce – and a desire to never go fishing again!

4. The Tailor of Gloucester

This is one I only ever tend to seek out at Christmas – befitting as this story is for that time of year, but it is just as magical all the same. An elderly tailor is commissioned by the Mayor of Gloucester to produce a fine coat for him to wear for his wedding in Gloucester Cathedral on Christmas Day.

When the tailor falls ill, and time starts to work against him to get the coat ready in time, he recieves some most unusual secret help, from a group of mice living under the floorboards of the tailor’s shop. Set outside the usual world of Potter’s stories, it’s message of selfless good deeds for others, particularly in the season of goodwill, can’t fail to warm the heart.

5. The Tale of Pigling Bland

Potter’s later works grew considerably in their length from her earlier stories. In story book terms, it’s almost in War and Peace territory. One of her final stories that was published, Pigling Bland tells the story of a young pig who sets out to market to make his fortune.

It is when he takes shelter in a farm overnight that he meets Pig-wig, a small black pig stolen by a wicked farmer, and together they hatch a daring plan to escape to freedom. It’s perhaps one of her lesser known stories, but definitely worth an investigation and worthy of the same praise as her more renowned works all the same.