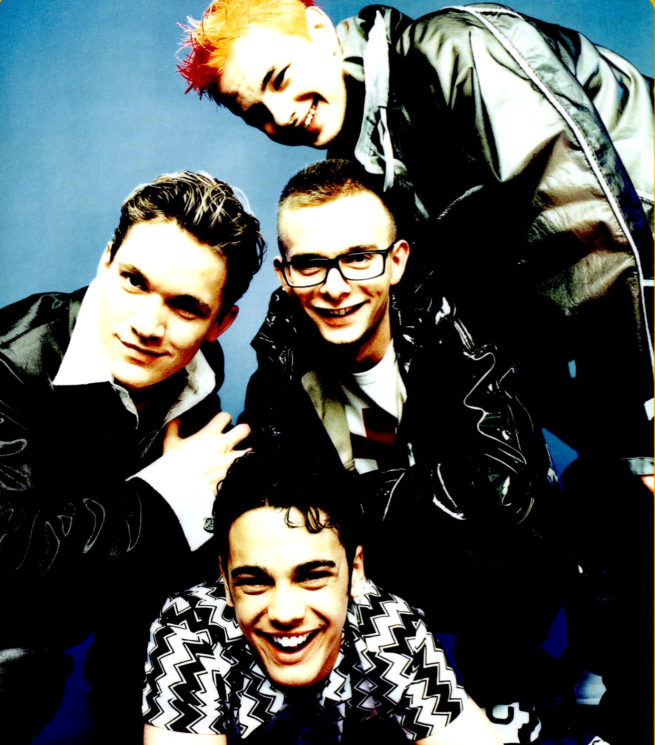 With TV shows like The X Factor and The Voice now the most commonplace location from which to launch a pop career via a TV show, it’s easy to forget that back in the distant past, there was another way. Such was the case for the band we meet on today’s DeLorean hop with the welcome return to the blog of #BlastfromthePast.

The creation of Tom Watkins, the notorious mastermind behind Walthamstow’s finest East 17 and er, Bros, North and South – consisting of James Hurst (guitar and vocals), Tom Lowe (keyboards, sax and vocals), Sam Chapman (keyboards) and Lee Otter (lead vocals) – were formed together from auditions in 1996. So far, so boyband with instruments.

They first came to public attention in the spring of 1997, as stars of a new Children’s BBC comedy drama series called No Sweat. I don’t dispute that if you are of a certain age i.e. mine, you will probably now be singing the theme tune by proxy, just on mention of the show’s title alone. But hey, you love it. You know you’re gonna love it.

The original nine part run (first four episodes of which are preserved via the YouTube playlist above), set in Brighton, focussed on the lads playing fictional versions of themselves as boys from rival schools, getting together, dreaming of fame and success as they formed their own band called, erm, North and South, and encountered all sorts of mishaps whilst en route to untold pop superstardom.

Backed with a supporting cast including Harriet Thorpe (Ab Fab, Brittas Empire), and Scarlett Strallen (niece of Bonnie Langford, apparently. Go figure) the show was quickly drawing in 2.5 million viewers a week. Like an early prototype for another CBBC launched pop act two years later (hello to you, S Club 7), North and South were soon operating under a ‘life imitating art’ basis. Their first single ‘I’m A Man Not A Boy‘ zipped straight into the UK top 10 at #7 upon release that May, and the wheels seemed to be set in motion for their career to be under way.

After supporting a certain Mark Owen on the European leg of his first solo tour that summer, they quickly followed this up with another top 20 hit in August, the bonkers and actually brilliant ‘Tarantino’s New Star‘ reaching #18, complete with a Reservoir Dogs and Pulp Fiction aping video. We got it on cassette for our birthday that year and everything, readers. Our taste was flawless.

A UK tour of their own beckoned that autumn, along with the release of third single ‘Breathing‘ – which failed to reach the top 20 on release in November, but which was still rather ambient and blissful all the same. We nearly attended the Colchester leg of the tour that was filmed for a CBBC documentary special (hosted, as per late 90s laws, by Gail Porter) for Boxing Day that Christmas, but suffice to say it was sold out by the time my dad rang up to try and get tickets. An 8 year old B-list pop dream sadly never realised. 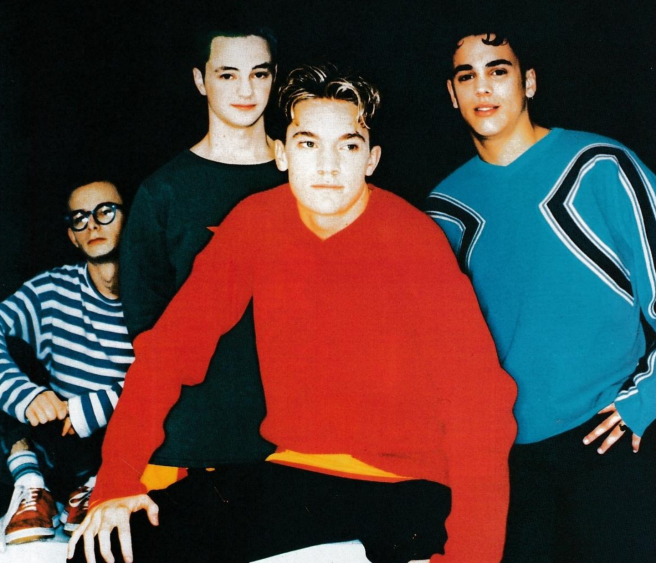 A second series of No Sweat was commissioned to air on CBBC one year after the first in April 1998. But reverting to their real personas (which really, they should have done from the start) and a move away from the school setting of the first series to follow them around in a camper van/tour bus Spiceworld stylee saw to it that viewing figures were markedly lower this time round.

When even the release of a remixed version of the show’s theme tune (‘No Sweat ’98‘) couldn’t arrest their decline (it too stalled outside the top 20), the jig was all but up, and the brief experiment of creating North and South as The Monkees for the Nineties had stalled. With their debut and only album ‘Allsorts‘ cancelled for release (it’s been leaked onto the interweb ether since if you look hard enough), the North and South dream was over inside just over a year.

They’ve all taken a wildly different route career wise since – Tom did American Idol in 2007, and is now on a show on Oprah Winfrey‘s network in the US, Sam is a university lecturer, James is in a few radically different bands, and Lee is now married with children.

So today, let’s hear it for this week’s #BlastfromthePast, North and South. The brief but bright telly pop conquest that are now hopefully a rediscovered gem. No sweat.

3 thoughts on “#BlastfromthePast: North and South”