Hello one, hello all! Those of you who came a-scampering here on Saturday and Sunday night for this week’s #StrictlyLiveBlogging may have been left a little disappointed – it was, after all, the semi final of the BBC’s Strictly Come Dancing – which means it is now Final-T1.

Alas, having felt quite ill all week with a cold and then chest infection which I am only just now recovering from, I was a bit low on energy to do the live blog this week. I did however, promise a review of this weekend’s semi final action for completeness’ sake once I felt better, to get us all up to speed before the grand final next week.

So let’s get dissecting this weekend’s dancefloor smashes, shall we?

Well with it being the semi final, the stakes were raised once again as the five remaining couples performed not one but TWO dances to try and secure their place in next week’s final and edge one step closer to lifting the glitterball. 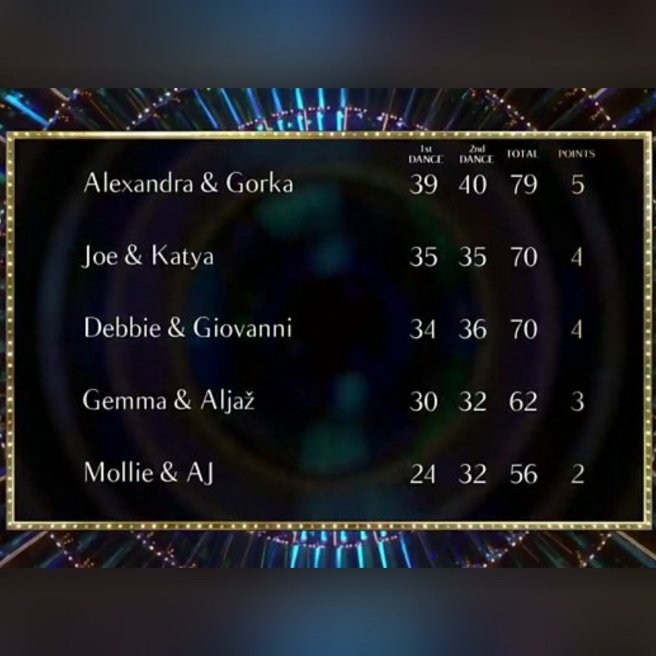 I think it’s safe to say everyone really upped their game this week, and it was almost too close to call who’d be close but no cigar to getting through to the final. But what of the dances themselves?

With a total of 79 – 39 for their Viennese Waltz, and then the first perfect 40 of the series for their Salsa – it’s little surprise Alexandra and Gorka came top of the leaderboard.

Certainly on the latter dance alone, it seemed, after the week she’d had at the hands of certain Antipodean tabloid hacks (that we won’t go into here), that her and Gorka came in all guns blazing to prove they were worthy of a place in the final – and with their routine to Cece Peniston’s club classic ‘Finally’, they delivered in spades.

Close behind her in second place with 35 a piece – and a score of 70 overall – for their American Smooth and sizzling Argentine Tango were Joe and Katya. I say it many a time on this blog, but the Argentine Tango is my absolute favourite of all the dances on Strictly.

There’s been some awfully average ones on this series, but when Joe and Katya did theirs – and this particular move (below) – on the semi final last night. I. Was Blown. Away. I am starting to sway towards them pulling off an unexpected win a la fellow Holby City graduate Tom Chambers in 2008 next week. 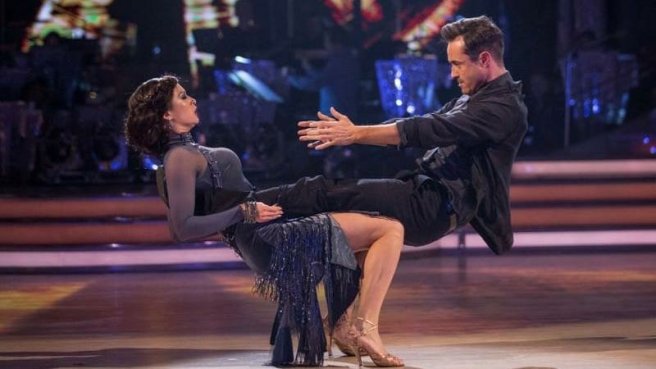 That left Debbie and Giovanni to finish the top 3 with 34 and 36 for their Jive and Foxtrot respectively. Dances of two halves to be honest – the Foxtrot to Stevie Wonder’s ‘Isn’t She Lovely’ was well, lovely, light, life affirming and just better. 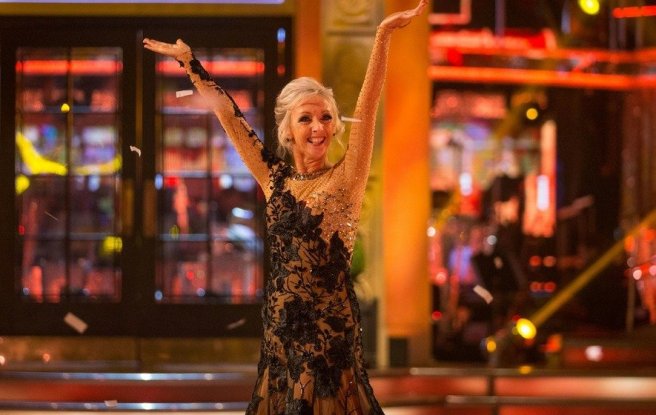 After finishing in the bottom two of the leaderboard, it was perhaps no surprise that Mollie and AJ and Gemma and Aljâz found themselves in the final dance off of this series of Strictly.

Personally, on the two dances they delivered this weekend, I did think Mollie and AJ were the more consistent of the two and gravely undermarked again. Their Samba to Shakira’s ‘Whenever, Wherever’ was a real party starter, spicy, saucy and plenty of hip action, and their Waltz to Sarah McLachlan’s ‘Angel’ was beautiful, moving and graceful throughout.

Gemma and Aljâz’s Rumba wasn’t much to write home about – functional but otherwise uninteresting. But I think they won that dance off on their Tango to The Knacks’ punk pop classic ‘My Sharona’ alone – it was undisputedly a show stopper, with brilliant choreography and costumes. Whether they win next weekend? That remains to be seen.

But we are sad to see Mollie and AJ go, although they did amazingly to even get this far. Without doubt, they have been one of our favourite couples this series – such wonderful chemistry throughout all their dances – and we did love their Tango and Charleston especially.

The couple that made all our Saturdays a joy to watch. We'll miss you @mollieking and @Aj11Ace! pic.twitter.com/TEYoTyFTFa

OTHER HIGHLIGHTS OF SEMI FINAL WEEKEND

1. Our End of Year Prizes nominee and – for this week anyway – the current reigining Strictly champ, Ore Oduba, returning to do the T&Cs – along with Danny Mac, Judge Rinder and Melvin Odoom. We love you Ore!

Such an amazing time back home @bbcstrictly with the gang, catching up with the fam! And to hold THIS again 😳 will be our honour to hand it over to any one of the new finalists, totally deserved… CONGRATULATIONS ALL OF YOU ⭐️⭐️⭐️⭐️https://t.co/uaEqSwA36l pic.twitter.com/LULl6Xn3Ex

2. The Lindyhop inspired group dance on the results show. Those breakdancing kids were incredible!

#Strictly stars of the future? pic.twitter.com/5fLRpZbyYA

3. Craig David and Bastille’s performance of their (brilliant) new single ‘I Know You’. We love Craig anyway here on this blog but his performance was made even better by Aljâz and Janette’s stunning routine to the song!

So that’s it. The finalists are in place. The glitterball awaits to be lifted – and we are priming ourselves up for one last weekend of dance magic this year.

As it’s the final next weekend, we have an extra long warm up, starting at 5:30pm, before we go live for the very last time this year at 6:30pm with the BBC One show. So bring your drinks and snacks, buckle in and get ready to keeeep live blogging and dancing once more. We’ll see you all then!