Just as, at one time, Leigh Francis in a rubber mask on ‘Bo Selecta!’ ruined Craig David for a large number of people, so too, did Ant & Dec and Cat Deeley, wearing black wigs and affecting Irish accents and proclaiming that they were ‘beeeautiful’ on Saturday morning kid’s TV, ruin one of the Emerald Isle’s most successful exports of the last two decades. Well, almost. They took it in their stride and appeared in one such sketch, after all.

But as Craig David’s own hugely well received comeback proved recently, that’s almost forgotten about now. So too, is that infamous SMTV Live sketch. What is also forgotten as well, is that Dundalk’s finest, The Corrs, were absolutely huge at the turn of the century. At one point, their chart slaying second album from 1998, ‘Talk on Corners’, which included huge hits like ‘What Can I Do‘ and ‘So Young‘, was sat at number one in the UK, whilst their 1995 debut ‘Forgiven Not Forgotten’ played catch up, meaning they held the number one and number two album simultaneously.

When they released ‘White Light‘, their storming comeback album after a ten year break in 2015, it felt like a reassuringly warm comfort blanket in audial form, with their ear for melody and harmonies, and their winning combination of traditional Irish sounds with a pop sensibility all still resolutely intact. 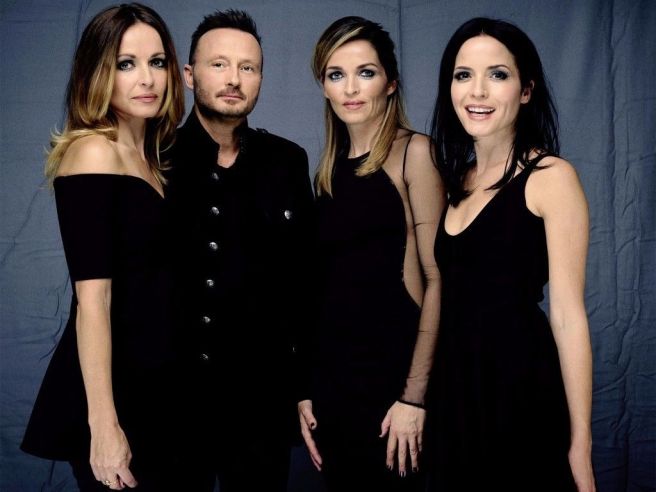 ‘Jupiter Calling’, their seventh studio album, consolidates the success of this return, and sees them team up with the legendary T Bone Burnett, best known for his work with the late great Roy Orbison. The resulting record is one that maybe isn’t as immediate as predocessing ones, nay more stripped back in its production, but reveals multiple hidden layers with returning listens.

The haunting opening track ‘Son of Solomon’ is unlike any Corrs song that’s come before or since. With Andrea singing in a low register, it builds slowly to a gentle instrumental break of fiddle, tin whistle and brushed drums that are simple but beautifully performed.

The lyrics in the album also tackle subject matter that’s never been covered on previous albums – but they have a remarkable way of making it accessible through what they do best. Current single ‘SOS’ and ‘Road to Eden’ touch on their concerns for the recent (and ongoing) conflicts in Syria, and of the plight of its refugees.

Anyone who investigated Andrea’s 2007 solo album ‘Ten Feet High’ will find much to compare here, as the former song in particular has echoes of a single from that called ‘Shame on You’, which spoke of the futility of conflict and warfare: ‘There’s pain on the border / As far as the eyes can see … They say the victims are dangerous / What a bitter excuse / Cause now we’re complicit / Believing a lie is a truth’.
There’s also a short but genuinely moving track on the heartbreak and grief of miscarriage, ‘No Go Baby’. Again, it’s very simply arranged – just a piano backing – but it reflects so touchingly in the lyrics and the vocal delivery. 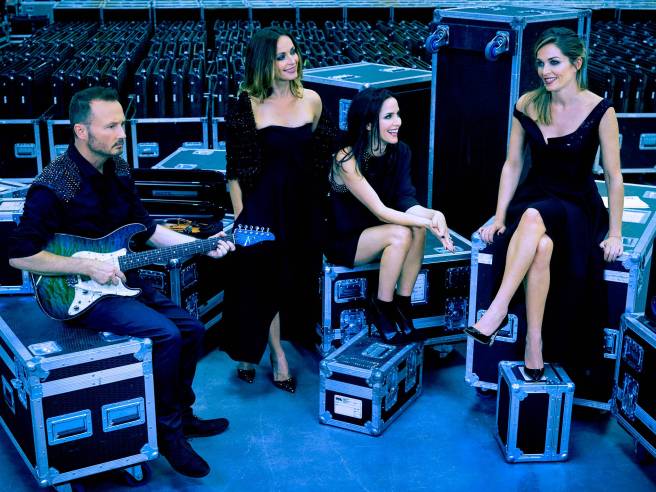 Those seeking some of the more uplifting end of the Corrs’ canon will be relieved to know there is an equal bounty of that on this album as well. ‘Bulletproof Love’ and ‘Hit My Ground Running’ sound like potential singles and future radio hits whilst maintaining the back to basics feel in the production on here.

‘Jupiter Calling’ is a record with such heart and honesty to it – it’s simplicity is part of its charm, and that is rewarded from repeated listens. It takes the band back to the very ethos of what they were about both on record and in a live capacity before their late Nineties and early Noughties super-stardom came beckoning, and it’s refreshing to hear them make music in this set up again. If you thought you knew The Corrs, it’s time to think again.

One thought on “#CrazyStupidAlbum: The Corrs – ‘Jupiter Calling’”