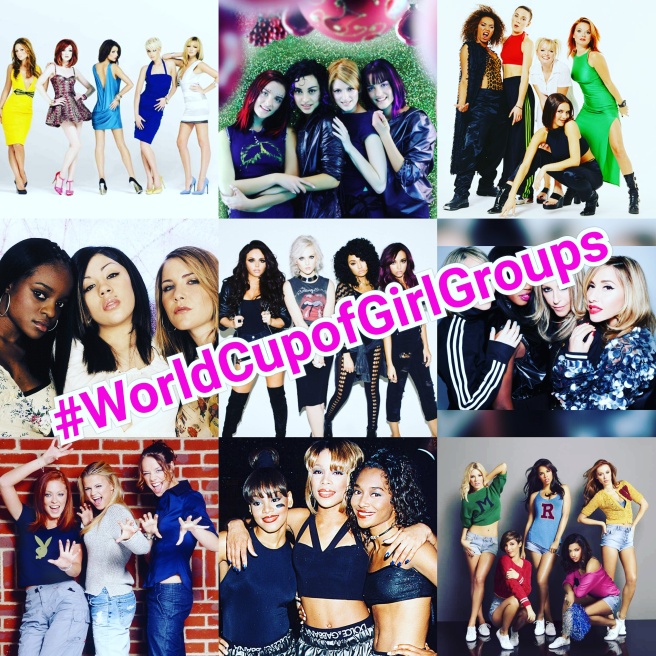 Pointless co-host Richard Osman has his first book published this week. “The World Cup of Everything“, partly inspired by his World Cup of Biscuits he did for Comic Relief earlier this year, is ‘fully interactive’ so long as you have a pencil, and helps, through the medium of the process of elimination that sporting World Cups in rugby, football etc operate on, to decipher the greatest in everything from crisps to Americans.

Inspired by this, today on my Twitter I have launched my World Cup of Girl Groups in a bid to find out by this process of elimination the greatest girl group ever. Here’s a little explanation below of how each round works: