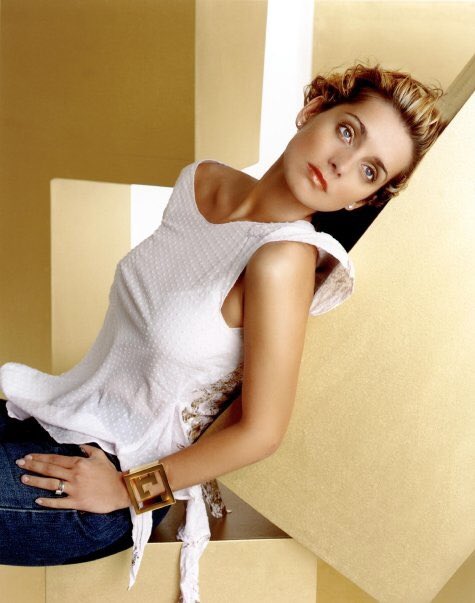 90s and 00s pop fans the land over (present writer included) jumped for joy last week when one of its biggest names, Louise Redknapp, announced her return to music after a break of almost 15 years, with a (now sold out) comeback show scheduled for London in December.

Perfecting the fine art of ‘pulling a Zayn/Camila’ in a time before they were even out of nappies, Louise left the R&B/soul girl group Eternal in 1995 after a string of hits and a million selling album. But it was a risk that paid off handsomely, as she went onto score three smash hit albums, and twelve UK top 10 singles to her name.

So as one of the 90s original pop pin ups gears up for her long awaited return, here’s our playlist of some of her best moments to date…

It’s not for nothing that Eternal were considered one of Britain’s finest girl groups of the 90s. Their powerful blend of harmonies and streetwise beats with a nod to the ‘New Jack swing’ era of US R&B made them a huge hit here and across Europe. Their debut hit ‘Stay’ kicked off their phenomenal success that lasted even beyond Louise’s departure.

Louise launched her solo ventures in the autumn of 1995 with two pleasant but modestly charting singles, ‘Light of My Life’ (#8) and ‘In Walked Love’ (#16). But it was in June the following year that she sent pulses racing with the saucy, Madonna-esque title track of her debut album, scoring an immediate top 5 smash.

Following the platinum selling success of ‘Naked’, Louise’s second solo album ‘Woman in Me’ appeared a year later to great success. The album’s biggest single was its second release, a cover of the Average White Band’s 1980s disco hit, bringing it bang up to date for the dancefloors of the 90s and Louise to another top 10 smash.

Complete with a spoken word intro that has now passed into pop legend (‘Hi girls – HIIII LOUISE!!!’), Louise returned at the dawn of the new millennium after a two year break with her third album ‘Elbow Beach’. A funky, sassy kiss off to superficial haters, ‘2 Faced’ gave her her biggest hit to date by reaching the top 3 in July 2000.

Released to promote her greatest hits album, Louise took on another well known pop classic – this time, the Stealers’ Wheel smash from 1973 – complete with a video that made a tongue in cheek nod to the film Reservoir Dogs that utilised the original version. Stuff what the purists may think – this is a great version of a great song.