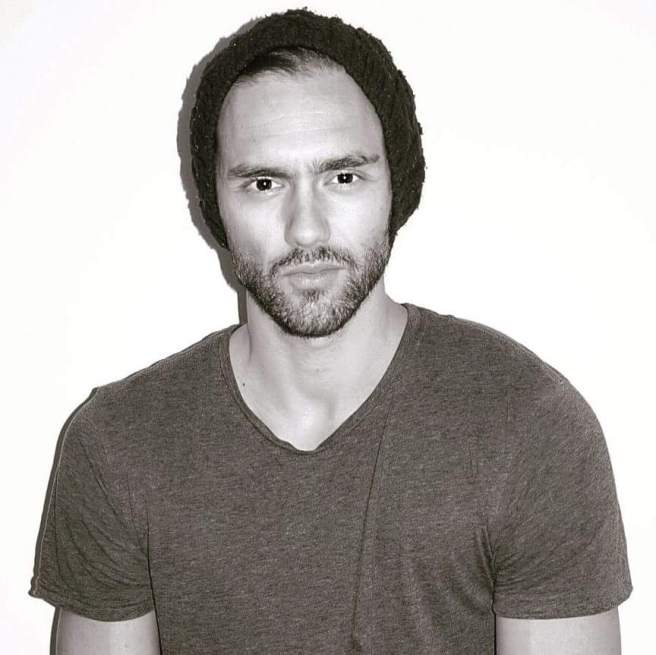 A history lesson for this week, readers. Sit up and pay attention at the back there.

2006: Avenue, a quite amazing boyband audition for the third series (or the ‘Leona’ series to everybody else) of The X Factor. They’re hotly tipped favourites for the live finals until Louis Walsh goes all Miss Marple on their asses and rumbles them for having a management company behind them already (verboten in those days of the show).

2008: Avenue, now signed to an actual proper label (Island), are launched about the same time as The Saturdays, at the point when pop music was about to fall back into vogue. Alas, they were twelve months too early to be the boyband to do it, as their quite amazing single ‘Last Goodbye’ stiffed at #50.

2009/10: Whilst one of the members of the now deceased Avenue ends up in The Wanted (hello to you, Max George), another of their number, Andy Brown, sets about filming and uploading acoustic covers to YouTube.

2011: Whilst signed up to ‘The Speakerbox’, a short lived focus group come opinion panel that Universal Music ran, and which used to pay the present writer generously in free CDs in exchange for doing surveys, I get sent some demos and a press kit to listen to of a then up and coming band, called Lawson. I recognise one of their number (Andy) straight away. I’m impressed by what I hear immediately.

2012: Lawson are launched that summer. And as the world and it’s wife fawns over the London Olympics and the opening of the Shard, they quietly release amazing single after amazing single – most of which are from the pen of Andy.

‘When She Was Mine’: AMAZING.

‘Taking Over Me’: ABSO-BLOODY-LUTELY MIND BLOWINGLY AMAZING WITH ADDED OOOHS.

‘Standing in the Dark’: AMAZING.

‘Chapman Square’, the album all of those singles were from: AMAZING.

2013: Whilst voluntarily writing for a short lived online pop magazine, my then editor sends an email to all the contributing writers one June afternoon with a sense of urgency. He’s secured Lawson for the following month’s cover feature and big interview, ahead of the release of their new single ‘Brokenhearted’, but has a prior commitment with another entertainment site he writes for, and can’t do it.

Armed with a lifetime’s experience in interviewing popstars (READ: watching CD:UK and Popworld every weekend as a teenager), the present writer treks over to Lawson’s label offices in Kensington and somehow, interviews them.

In that same interview, the present writer also inadvertently starts a debate verging on Prime Minister’s Question Time scale when he asks them what their favourite service station is, much to the bemusement of their manager and press officer who try to keep the peace. It was nonetheless a great interview and we all laughed. Andy even Tweeted us to say thanks afterwards.

In the meantime, ‘Brokenhearted’ (AMAZING) and ‘Juliet’ (OFF THE SCALE AND SOUNDING LIKE THE POLICE AMAZING) are released off a repacked ‘Chapman Square’ and success continues thus.

2016: After a prolonged series of delays and personal/professional setbacks, the second album from Lawson, ‘Perspective’ is released.

It’s not unfair to say with a year’s distance that commercially, it bombed, despite having some utter gems on it like ‘Roads’ (HOEDOWN BANGER AMAZING) and ‘Where My Love Goes’ (AMAZING). A few final gigs are done for the fans before they quietly part company.

2017: Andy signs a solo record deal with Decca. And there’s more to come from him yet. In fact, just this last week, the video for his first single has been shot out in Portugal (directed by his old Lawson buddy Adam Pitts, no less).

In the meantime though is a taster of what to expect with an acoustic version of one of his new tracks, ‘Lay With Me’. A beautiful, wistful slice of modern Americana meets country pop that he sounds completely and utterly at home on, and that we suspect will be just as huge as what’s come before. John Mayer, watch out.

Click the video above to hear ‘Lay With Me’. Andy Brown’s first single and – as yet untitled – debut solo album will be released via Decca soon. He plays Bush Hall in London on 4th October as part of Country Music Week. Twitter: @AndyBrownMusic