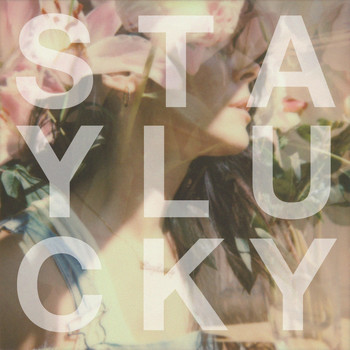 It’s always nice when you get a little thanks of recognition for your what blogs. Which is precisely what we got from one George Ezra for last week’s #SongoftheWeek ‘pon the Twits. Glad you liked it George if you’re reading.

It reminded us of when, whilst running an old pop blog of ours a few years ago, we did a live Tweetalong session for Sophie Ellis-Bextor’s then new album, only for the lady herself to join in whilst discussing one of its quirkier tracks. I think a Russian Gregorian choir might have been involved. Happy days. Anyway…shall we?

The story of the artist behind this week’s essential new song, and my love of them, starts about 11 years ago. On the very rare occasions I let anybody have access to my iTunes library (yes I still have one, yes I’m still stuck in a decade ago. Deal with it), they’ll look a bit confused when they see I have pretty much every album this lady has released, and go ‘Who is she?’ or better still ‘You never told me you were a fan of them!’

I feel therefore, in some ways, like I am disclosing some closely guarded secret in this week’s blog. I first heard of Nerina Pallot whilst on a sixth form outing to a university open day in the spring of 2006. Local radio was playing on the school minibus whilst we hurtled down the A12 on a windy March day, and at the time, I mistakenly thought the person singing the song that had just come on the airwaves was Sheryl Crow.

I then realised quite quickly it wasn’t the ‘All I Wanna Do’ hitmaker. Certainly not with the observant, at times witty lyrics in her modern day anti-combat protest anthem, ‘Everybody’s Gone to War’, which remains a certified lost gem to this day. After seeing the single’s accompanying video of her, caught in the crossfire of a food fight in an American farmers market, I was hooked and keen to find out more.

And I was even more pleasantly surprised to discover that ‘Fires’, her album from whence it came that went onto receive platinum sales and nods at the Ivor Novellos and Brit Awards, was actually the Jersey born Pallot’s second LP, and that she’d released her debut, ‘Dear Frustrated Superstar’ some five whole years prior to that to, criminally, virtual disregard. I bought both albums and thus I was a fan of Nerina’s from thereon in.

Never one to stay stuck to one style of music – particularly true of a lot of lesser singer/songwriters than her – she has always demonstrated her versatility and love of a clever pop sensibility throughout her career, even whilst writing songs for the likes of Kylie Minogue and Diana Vickers, with her husband, record producer Andy Chatterley.

This has happily continued into ‘Stay Lucky’, the title track off her forthcoming sixth studio album. A lush but simply produced number, it’s evocative of Joni Mitchell (one of her heroes) and, somewhat chicly, late Dusty Springfield with its 60s bluesy leanings.

In a further genius move, Pallot has also made like Girls Aloud before her and recorded a version of the single in French, under the title ‘Ta Chance‘, which makes it sound ten times more brilliant and like it should be best accompanying grainy footage of Brigitte Bardot in Nice and St Tropez c. 1967. It is thus building my excitement for what is sure to be another corker of an album from Nerina – even if she remains the best kept secret in my iTunes library.

The single ‘Stay Lucky’ is out to stream and download now, and the album of the same name is released on 13th October, both via Idaho Records. Twitter: @ladychatterley