Before we delve into this week’s #BlastfromthePast, a little scene setting for you. Cast your minds back to three days ago. Ah, the start of the weekend. And the time for most people to be clocking off and winding down for the week.

If viral videos are your thing, chances are you’ll have already seen the big hit that was doing the rounds on social media. No, not of some trailer for Game of Thrones or of some vlogger denouncing their former clean cut Disney associations for a more ‘mature’ direction a la Christina Aguilera.

No. This viral video that at time of writing has had 2,000 retweets and 3,000 likes on Twitter, is in fact some very familiar faces to those of a certain generation (chiefly, my one, and several others I’m sure) covering some 80s pop classics in a new style. But enough about the Bros reunion.

It is strange really, that even though it is still alive and present on US television and much of the rest of the world, that the characters on Sesame Street – the educational but entertaining Muppet led vehicle for pre-schoolers from the late genius that was and still is Jim Henson – are still so well loved and recognised here, despite it being 17 years removed from its last regular broadcast slot here in Blighty. 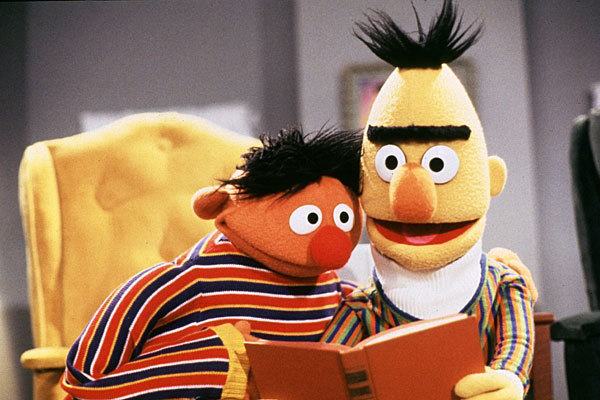 The colourful inhabitants of the fictitious New York street – Elmo, Cookie Monster, Big Bird, Bert and Ernie, Grover and Oscar the Grouch, to name but several – are now a couple of years shy from having been on television for five whole decades, making them second to Sooty as the longest running children’s programme in the world.

Back in 1969, following the show’s first airing, however, both the BBC and ITV were strangely oppositional to a UK broadcast, being dismissive of the show’s educational methods and creation primarily for an American audience, favouring their own successful creations at a pre-school format in Play School and Rainbow respectively.

Only Channel 4, launched in 1982, were willing to take a punt on it for UK airing, and it duly took up its regular place in the lunchtime schedules at 12pm on weekdays to great success. My sisters had all grown up watching it after nursery, and I was no exception. Its mix of education, humour,  larger than life Muppets, animation and live action film clips made for an engaging watch. 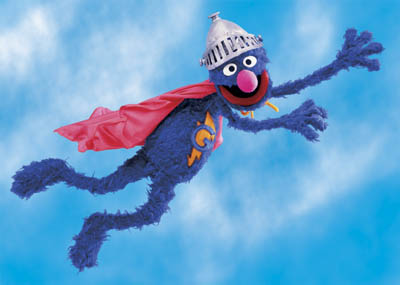 An afternoon spent on YouTube to compile a playlist for this blog (which you can find below) this weekend confirmed that even clips of it from when I watched it in the late 80s/early 90s have lost none of their appeal. If anything, they are just as captive for young minds today.

My nieces and nephew have all been able to love and enjoy the clips they’ve seen of the show thanks to the beauty of modern day technology as well (my eldest niece, in particular, when she was just a year old, could only be kept quiet by a clip of Kermit the Frog singing a doo wop song about hopping).

In the years since Channel 4 shifted it off terrestial air for good in 2001, several segments of the show – chiefly Elmo’s World and Bert and Ernie’s Great Adventures found a home for a few years on Channel 5’s Milkshake strand. And more recently, Elmo and Cookie Monster have been found on the co-produced Sesame Workshop/BBC show The Furchester Hotel that airs daily on CBeebies, which retains a lot of the wacky charm of its origins.

In our ever increasingly multicultural, diverse world, and with a broader broadcasting palette for today’s younger viewers, is it time one of the big five channels taught a whole new generation how to get to one of the world’s most famous streets once more? I certainly think so.