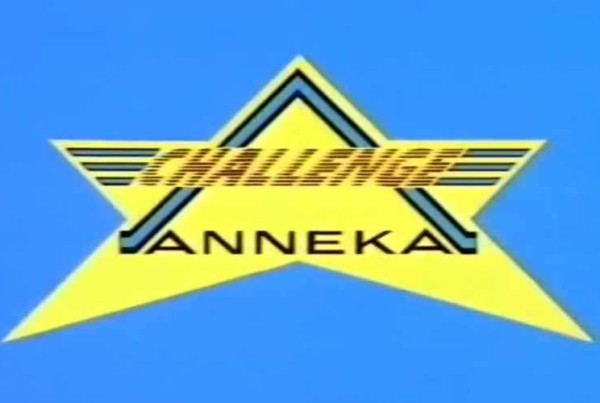 Time for another new weekly feature to the blog. As a lover of all things retro and nostalgic, these new blogs are entitled #BlastfromthePast, and will be showcasing – in some cases introducing to you, the reader – a classic old favourite of mine from music, television, film or books, and having a little catch up on what’s become of the people behind them. First up this week, we’re heading in our metaphorical DeLorean back to the year I was born – 1989 – to a real classic TV gem from the turn of the late 80s/early 90s…and I suggest you hit the play button on the video below before you start!

Ah yes! Who could forget that theme tune? There are no bad TV theme tunes that contain saxophones. Fact.

Following her six year run on Channel 4’s Treasure Hunt, the lovely Anneka Rice made her first ‘Challenge’ some two years before this in 1987, on one of the BBC’s first ever ‘Children in Need’ appeals, before the first series finally got the green light. The premise of the series was a simple one. Anneka – in her jumpsuit and ever trusty blue buggy, along with sound man Dave and Martin the camera man – would turn up at all manner of locations across the UK after being given a tip off prior to starting filming.

A classic example usually went along these lines. Anneka would turn up at a derelict building in a semi rural location, that looked like it might’ve been a village hall at one point. After a few minutes wandering around trying to work out where her challenge lay, she’d catch sight of an unusual object amongst the dereliction, on which was a card that read as follows:

‘This village is having a village hall again for the first time in 30 years. To celebrate, organise and invite major celebrity names and entertainment for the grand re-opening party…’

(and then, on the back of the same card)…

‘…PS You also need to completely renovate and redecorate the hall before the party on Friday at 2pm – you have three days!’

OK. So probably not the best example, but it gives you an idea. Anneka almost always achieved these challenges set before her in the tight turn around supplied, and such were her powers of gentle persuasion (her opening gambit when phoning very important people to help her complete the challenge was always ‘Hello, I’m sorry to have to do this to you, it’s Anneka Rice from the BBC Challenge programme’) that everyone was always willing to chip in and offer their time and services (‘Oh thank you, you are a star!’).

There was always something so pure and good hearted at the centre of Challenge Anneka. It had community spirit at its heart that made it feel like one great national bring and buy sale crossed with a street party. It was ushering in a new wave of television that saw the greater good ‘giving something back’ that still stands in existence even now, with shows like DIY SOS: The Big Build or 60 Minute Makeover.

Not only because of its philanthropic values, but the show has a particularly fond place in my heart from one of the challenges in particular. For the third series in 1992, when I’d just turned 3 years old, Anneka was challenged by Tommy’s Campaign, the charity based at Guys and St. Thomas’ Hospital in central London, that offers support and research into premature births, to produce Tommy’s Tape, a cassette tape of numerous famous names of the time performing nursery rhymes, children’s songs and poems.

10,000 copies were produced in just four days – and the resulting tape was produced by none other than the legendary late George Martin. It included Anneka herself putting in her version of ‘The Teddy Bears’ Picnic’, as well as Joanna Lumley’s reading of Lewis Carroll’s ‘Jabberwocky’, Right Said Fred singing ‘Nellie the Elephant’, and even the cast of Birds of a Feather (which almost always followed Challenge Anneka in the schedules on BBC One on Friday or Saturday nights and that I feel equally fondly about), offering a rousing version of ‘Old MacDonald Had a Farm’.

My mum bought me one of the 10,000 copies, and it was always on the car stereo on the rare times that ABBA, Simon and Garfunkel, The Beatles or Dire Straits weren’t, and for pure sentimental reasons I loved it and played it frequently throughout my early childhood long after the series came to an end in October 1995. I was pretty delighted therefore, to discover that the album was recently digitally remastered and re-released for download.

The full episode of this particular challenge (video above) has recently reappeared on YouTube and is worth a watch to see the tape come together – if not for the endearing sight of Anneka and the buggy rocking up at Earl’s Court to try and persuade the late, great Prince to appear whilst he was in London for his world tour.

So as mentioned, the series disappeared from our screens in October 1995. But what became of it after that? Well, ITV bought it back in 2007 for two 18th anniversary specials, the first of which saw Anneka and the team head to Sri Lanka to help rebuild a community affected by the devastating Indian Ocean earthquake of 2004, and the second, in a nod to the Tommy’s Tape challenge of 15 years previously, saw her produce Over the Rainbow, an album of musical theatre songs released to raise money for children’s hospices up and down the UK, featuring everyone from McFly to Curtis Stigers. 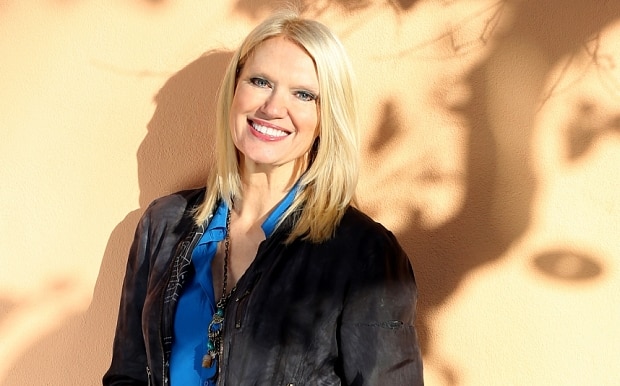 These days, Anneka is still broadcasting, and can be found behind the mic on her weekly BBC Radio 2 show The Happening, that goes out every Friday night at midnight. However, she still occasionally digs out the jumpsuit and buggy for one off challenges – recently she completed one during Channel 4’s annual Stand Up to Cancer telethon, and another for ITV’s This Morning – and this last year, she has also spent time revisiting some of the challenges around the UK that she helped to complete all those years ago.

Here’s to this week’s #BlastfromthePast, Challenge Anneka. A show that challenged us all to give a little something back!