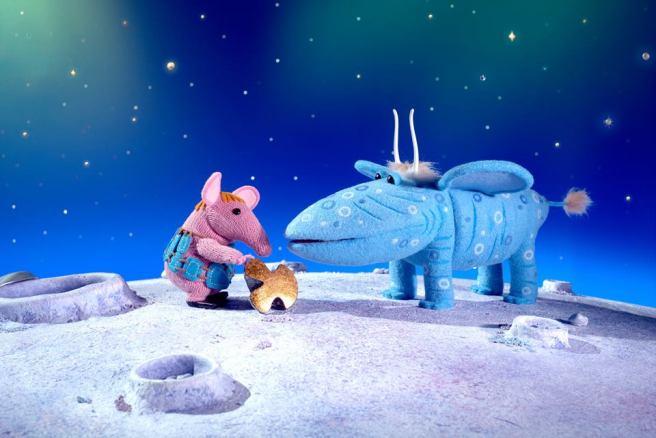 There’ll be two camps reading the title of this post, both of whom will think I’ve taken complete leave of my senses. The first camp will be thinking why a 25 – nearly 26 – year-old man is watching a show on CBeebies. The second camp – most of whom will be over 40 – will be wondering how the hell I know of the show in question. All will become clear as we go through this review so hear me out. This week saw the return to our screens of the Clangers, the wooliest inhabitants of outer space before or since the dawn of time. Originally filmed and created for the BBC by Oliver Postgate and Peter Firmin in 1969 from a disused cow-shed in Kent, it was a runaway hit with young and old audiences alike.

Now revived for a new run by Firmin, and Oliver Postgate’s son Daniel (Oliver himself sadly passed away in 2008), and with Python-cum-globetrotter Michael Palin at narration duties (William Shatner, of Star Trek fame, is the US voice), it now arrives in a new 52 part series for a new generation. So, you may be wondering how someone born in 1989 knows of a show that was on air 20 years beforehand? Through the magic of Channel 4, that’s how. They re-ran the original series in the early 90’s at lunchtimes after Sesame Street when I was growing up, and that’s how I came to know of it and I loved it instantly. Even now I have fond memories of Mr Postgate’s warm, comforting narration about space, time and the universe that pre-ambled each episode’s beginning and end. 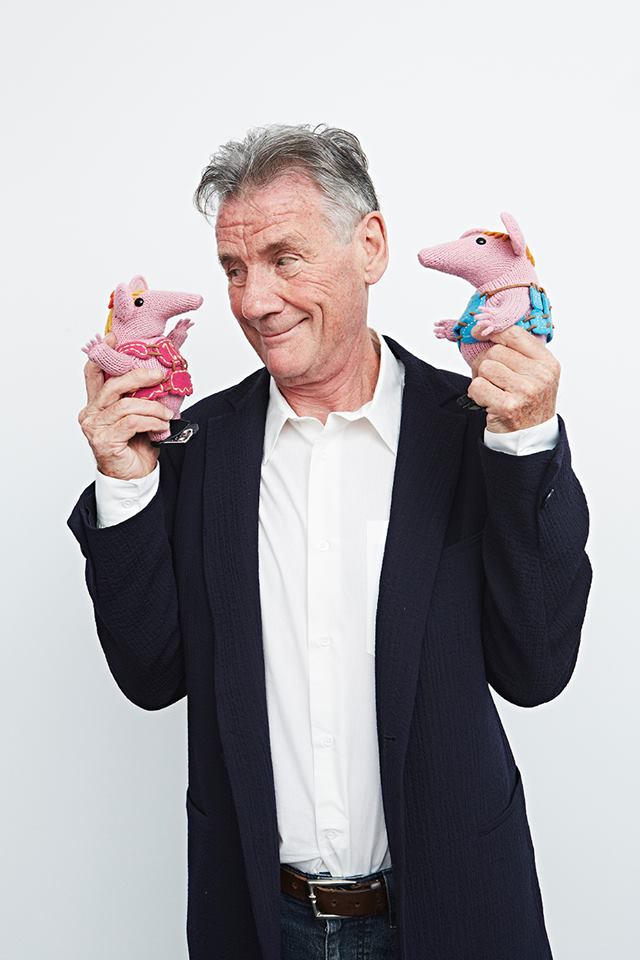 So, like most people, I was naturally filled with dread at the idea of a remake of such a brilliant classic from a golden age of kid’s TV, particularly considering some of the awful ‘updates’ that TV producers have done in recent years. ‘Thunderbirds’ is now CGI animated so badly to the point that the likes of Lady Penelope and the Tracey brothers look like something from a dodgy porno. And Postman Pat in a flying helicopter? Let’s not even go there. Thankfully, though, a lot of early reports from Daniel Postgate and Michael Palin promised it was very ‘lo-tech’ and faithful to the original series, a little ‘oasis of calm’ amongst the brighter, brasher offerings that kid’s TV offers today.

And after watching the first five episodes of the new run downloaded to my BBC iPlayer app on my morning commutes this week, I am delighted to say that is exactly what they are. The Clangers are still knitted, and still communicate exclusively in Swanee whistle. The Iron Chicken still lives in a nest of junk. The Soup Dragon still abides in the Soup Wells. And the updates that have been made to the new series are complementary rather than clashing. Major Clanger for instance, now has his own workshop where he invents things. Mother Clanger also has her own garden, a suitably technicolour, trippy 60’s throwback that’s in keeping with sets from the original series.

And perhaps best of all, the storylines are still in keeping with a lot of Postgate’s originals – not just in what is happening in them, but with his own views of the world that we got glimpses of. Not a lot of people know that, outside of his TV creations, he was a renowned thinker, very into politics and theology, and he even briefly had a column in the New Statesman magazine prior to his death. This is best illustrated in what I think are two of the best episodes from this run so far: ‘The Little Thing’ and ‘The Knitting Machine’.

The former episode sees Small Clanger, presented with an odd object by a Sky Moo, search in vain for what it could be – until he finally reconnects it to a glittering, smile shaped asteroid in the stars above their little planet. The latter episode sees Granny Clanger, fed up with – and disgusted by the ugly creations of – Major Clanger’s new knitting machine, resulting in her challenging it to a ‘knit-off’, which she duly wins when the machine conks out and overheats, to the amusement of the others.

Palin narrates the new tales with the same warmth and wit of Postgate, but not in the sense of ripping him off. It’s lovingly done, and it’s pleasantly moving. At the end of ‘The Little Thing’ in particular, even though it’s not explicitly implied what the asteroid is, the closing line is so poetic – all about how the little thing is now back with the big thing, and it doesn’t matter what either of them are or were, because they’re complete again, and that’s all that matters.

It’s a real labour of love, a fitting tribute and respectful, and an end product that the late Postgate would be proud of, and makes it stand out, far above anything else either the BBC or ITV have produced for its younger audiences of recent times. As Joanna Lumley once observed to Jennifer Saunders on the widespread appeal of ‘Ab Fab’, ‘it’s very good and very well written, and when something’s good, it doesn’t matter who it is, or what it is about, if it’s good, it’ll be a winner’. And The Clangers are more than good. Even 40 years on, they’re breaking further new ground for young and old alike.

The new series of ‘The Clangers’ continues weekdays at 5:30pm on CBeebies. The first five episodes are available for UK viewers to watch now on BBC iPlayer. The US version of the series, narrated by William Shatner, begins on Sprout from Mondays at 7pm (check local listings).