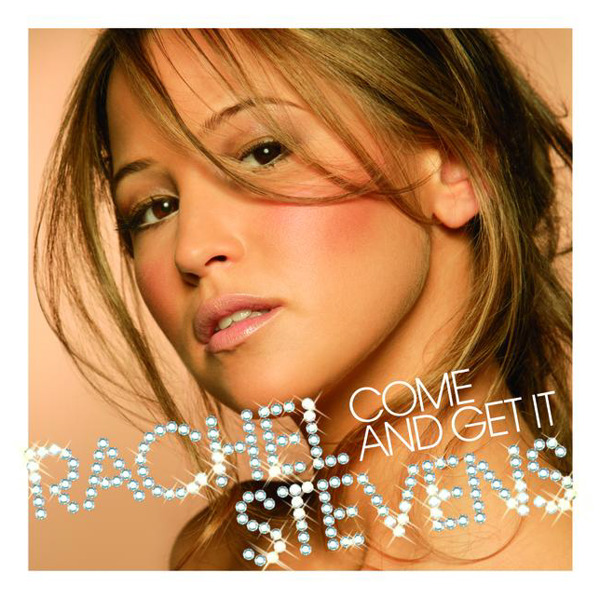 All the acts from 2008-12’s great British pop renaissance either suddenly flopping hard in the charts and/or launching solo careers of varying degrees of amazingness this year, has led me back to reminiscing on the last time that happened. And when I sat down to work it out this week, I reasoned it must have been 10 years ago exactly. 2005 was a great year in some respects for pop music, but an absolute abomination in others. Charlie Simpson split Busted up against Matt Willis and James Bourne’s will. Kylie (understandably) cancelled her Showgirl tour after her breast cancer diagnosis. Britney had started going off the rails/marrying Kevin Federline. Cat Deeley stopped hosting CD:UK. And the guitar peddling singer/songwriter, blinged up, mumbling rappers and serious ‘n credible NME lauded rock types were suddenly the order of the day at the top end of both single and album charts.

And when they weren’t, drivel like an 800 year old Tony Christie song supposedly ‘made funny’ by the very un-funny Peter Kay, Crazy Frog and Akon were hitting number one, and these two rather odd, new fangled things called iTunes and MySpace were supposed to be the future of all that was great ‘n good ‘n credible about music. At least, in the case of MySpace, if your name was Zane Lowe. Not much consolation then, for the handful of pure pop acts that did remain, until by the start of 2006, only Girls Aloud, McFly and Sugababes when they weren’t changing line up yet again remained as the last real hopes for us all. So you really took your consolation where you could find it in such rubbish circumstances. And in that year, I took it in the form of Rachel Stevens’ second solo album.

When S Club had packed up the party and said goodbye in spring 2003, Rachel wasted no time whatsoever, swiftly resigning to Polydor and still being managed by Simon Fuller, only this time as a solo artist. Her debut solo single, the spunky, Cathy Dennis penned kiss off ‘Sweet Dreams My LA Ex’ came out that September, and zipped straight in at number 2. Her gold selling debut album ‘Funky Dory’ followed – however its title track bombed in the pre-Christmas rush, and after a quick rethink via her next single, Richard X’s seductive schaffel-electro ditty ‘Some Girls’, she was back at the top end of the charts and the public’s affections (we won’t mention THAT ghastly cover of ‘More More More’. The memories are still too painful).

Then something very odd – but pleasantly so – happened. In quick succession of three months’ distance between each of them, Rachel released three of 2005’s most dead on the mark pop singles of the year. First, in March, came the Rawhide theme meets Fischerspooner brilliance of ‘Negotiate With Love’ (still the only pop song to feature the word ‘Negotiate’ in its title, too. What a touch). Then in July, came the rave-tastic dance number ‘So Good’. And finally in October, she gave us the deliciously slutty glam rock throwback ‘I Said Never Again (But Here we Are)’. Musically, Rachel exploded like a one woman Girl Aloud, positioning herself right at pop’s cutting edge with singles to match. No longer was she the same bouncy cutey in a sports bra and flares declaring that there ain’t no party like an S Club party. She had grown up and was moving places, and suddenly, not only were the usual publications that welcomed her with open arms like FHM and Arena wanting her, so too, were the serious music press. She bagged herself a Sunday Times Culture cover piece and The Guardian were singing her praises.

But then something even more odd happened. Not one of those three singles got within a whisker of the top 3 – and worse still, for ‘I Said Never Again’, within the top 10 – and with each new disappointing chart position came a lot of people scratching heads and wondering what the hell was going wrong when everything was so so right on paper. It was even something Rachel couldn’t figure out. I remember very clearly her being interviewed on GMTV at the time, and when prepositioned with a question about her chart failures (by Kate Garraway, the most pointless excuse for a presenter ever), she just shrugged defeatedly saying ‘There’s just lots of different kinds of music out there at the moment’ as if she was beyond trying to find a reason. It’s a wonder then, that ‘Come & Get It’ – the album that held all three of those singles and ‘Some Girls’ – came out at all with the amount of what most perceived to be second chances ever given to an artist like Rachel.

I’ll touch upon The Guardian again, though, because it was their review of the album that highlighted the problem of why ‘pop that’s not popular’ was indeed a bit of a sad thing to behold. Even though it was meant in jest, it was also that review where they claimed that Rachel was the ‘first popstar to be media trained out of her job’. In other words, they were conceding with the common myth surrounding Rachel that really, she was just a ‘boring’ dolly-bird with some good songs, nice looks and nothing else to offer. It’s a view that I found myself, even back in the days of being a fan of S Club, struggling to challenge when I mentioned to some of my so called ‘popular’ classmates at school that I was a fan of hers (and had an all consuming crush on her, but we’ve touched on that before readers). One such female classmate – whose name I won’t mention, but who thought she was God’s gift and looked like a hamster in a wig – snottily mocked the idea that anyone could be a fan of someone with an album called ‘Funky Dory’.

Plenty of popstars before and since have made a career on being nice and approachable and down to earth. Olly Murs has built his whole career on that very asset. So why did Rachel get a kicking for it? Let’s focus on the man that made her. Simon Fuller himself has openly admitted that he exalted more control in what S Club said and did – little wonder, after the tough time he had keeping a tight leash on the Spice Girls that resulted in them sacking him at the height of their powers. Rachel even admitted that none of them were really allowed an ‘opinion’ as such and that they’d become caricatures of themselves by the end. And here lies the problem.

Coming from a pop band with more members than the average, when she went solo, Rachel suddenly had to build an identity of her own. But, and whether this was done out of fear or not, which I strongly suspect it was – she just gave the answer that she thought people wanted to hear, as she didn’t have six others to cushion any blows that came her way. And that’s a pretty horrid position to be in when you think about it. Particularly as she had more of a personality – and a much more rounded, down to earth one – than most gave her credit for. During the summer she was promoting ‘So Good’, a camera crew for Channel 4’s teen strand T4 followed her every move.

The end result – a 30 minute film called ‘My World’ – was a snapshot, albeit frustratingly brief, into the life of a woman who, all told, wasn’t half as boring as she was made out to be. With the likes of Cheryl (then still Tweedy) and Charlotte Church scrapping at each others’ throats in the papers that year, the public had got too carried away with the idea that to be a popstar meant you had to be feisty and gobby at all times, no questions asked. Here instead, was a lady who giggled at the word ‘testicles’, got excited about doing an M&S food shop, and whose idea of rock ‘n roll was ‘getting into bed with a cuppa and putting Sex & The City on’ and ‘having lunch with my girlfriends’. And – I maybe say this as somewhat of a Rachel stan – but sometimes, that’s a good thing.

Rachel was aware that, even though she loved performing and releasing music, it wasn’t the be all and end all of life. Hence her absence from the public eye in the two years that followed the album’s release, before she re-emerged to do the 2008 run of ‘Strictly Come Dancing’. She’s always retained that level-headed mentality about her, through all phases of her career. It’s something that her Steps contemporary, Lisa Scott-Lee, would have been well advised to take on board before she committed to the self indulgent car crash that was her MTV reality show, ‘Totally Scott-Lee’, where her constant craving for solo fame and attention at all times was akin to that of Valerie Cherish, the flop sitcom actress portrayed by Lisa Kudrow in the US show ‘The Comeback’.

Even so, ‘Come & Get It’ was far from the depressing ‘pop that’s not popular’ listen The Guardian would have you believe, and it showcases Rachel’s personality in spades. It’s a grown up but fun poptastic riot from start to end. In fact, it was so ahead of its time that by 2008, when Lady GaGa and Britney Spears were suddenly going down the spiky electro route, I was a bit ‘Well, Rachel did this before you, and on a much smaller budget. And probably with better writers and producers’. Richard X stepped back in for ‘single-that-never-was’ ‘Crazy Boys’, with a brooding drum track evocative of Pet Shop Boys’ ‘Paninaro ’95’. ‘I Will Be There’ and ‘Secret Garden’ were all sparkly, haunting twilight themed, Air-esque dream pop. ‘Nothing Good About This Goodbye’ and ‘Funny How’ saw Rachel hook up with Xenomania at their wistful, shoes-shod-to-the-dancefloor best.

And even the B-sides from this album era were of note: the early work of a young rapscallion called Greg Kurstin cut his teeth on the Blondie meets Super Mario vibes of ‘Waiting Game’, and ‘Never Go Back’ utitlised a sample from the theme tune to an old 60’s spy show called ‘The Rat Catcher’ to wonderfully seductive, playful effect. 10 years on though, one thing is still true about ‘Come & Get It’, and indeed most of Rachel’s solo material: the quality of the music far eclipses any politics or shortcomings that may have blighted it back then, and continues to do so. I know that, even if I’d made an album like she did, I’d still be immensely proud of something so cohesive and just brilliant from start to end. And how many pop albums can you realistically say achieve that?

Listen to ‘Come & Get It’ on Spotify and see if you agree with me – and don’t forget to Tweet your thoughts once you’ve listened!

One thought on “Rachel Stevens’ “Come & Get It” at 10: celebrating a great lost pop classic.”