Hello all – and happy Easter! Today’s blog post is being powered to you on these bad boys… 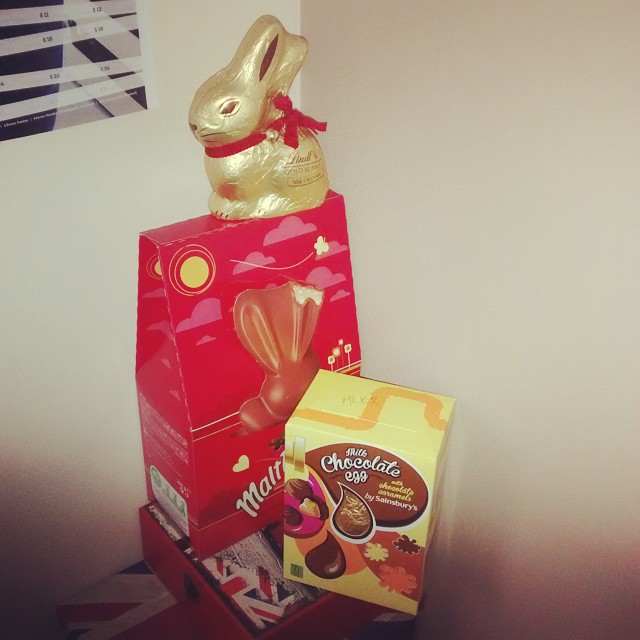 (*with mouthful of egg* I digress.)

It’s been a busy couple of weeks, so firstly a few things – I’ve gone a little bit more upmarket as you can see, and now have a full domain name (Captain Fun Times)! If you ever wanna redirect to the blog from now on, you can use our new domain name which is http://alexscsb.com.

Secondly – I have quite a few new readers as a result of my recent decision to end my beloved Olly Murs fansite ‘OM Daily’ after a great four year run, which means there will be even more posts and general craziness g’warning on this part of the internet from now on. So welcome to you if you’ve come from there – I appreciate all the support I had with the announcement and the site over the last four years, and rest assured, I am just as giddy a #MursArmy fanboy as ever even in this new chapter of my life.

Now onto today’s blog post – and my first gig review on here. And also (were it not for the fact I fell ill on the week I was meant to be seeing Pharrell Williams on his GIRL tour there last year) my first time back at London’s O2 Arena in exactly two years. Ever since the McFly lads joined forces at the height of their career renaissance with their old buddies James Bourne and Matt Willis from mentors and former labelmates Busted to form the supergroup McBusted at the end of 2013, I’d been desperately wanting to see them in action ever since.

Sadly, real life at the time prevented me seeing them on what was the most successful and talked about pop tour of last year – 33 sold out dates up and down the country, including a huge show at London’s Hyde Park last summer which saw a packed out crowd of 18,000, all of which were documented for their tour film ‘TourPlay’ which I’ve watched pretty much religiously since I got the DVD for Christmas. I was determined not to miss out this time, so I duly booked for this show of their ‘Most Excellent Adventure Tour’ via the magic of their album pre-order/tour pre-sale access thingy on Amazon last November.

After a quick perk me up coffee in Costa on arrival (and catchup with the marvellous Ed Drewett, who was in the audience that night – good to see you dude) and a merch stand trip (T-shirt, programme and keyring. Standard by my standards, but there ya go), I went in and got seated just in time for the first support acts to arrive on stage. First up were Symmetry, a four piece punk pop outfit from Los Angeles (pictured below) who, like, toadly rawked out, dude. Albeit whilst sounding a little too much like a rip off of New Found Glory, although they did put in a rather good cover of Katy Perry’s ‘Roar’ that had the whole arena singing along which I enjoyed.

Not long after, it was the turn of the actually rather good New City Kings – from near my neck of the woods in Brentwood as it turns out, so YAY on that front. They had a bit of a Bastille-ish vibe to their music and from the sound of their free ‘Change’ EP they offered the audience to download that night that I checked out the following day, I’d say they’re bound for even greater things in the future.

So – onto the main event. Most people who know either Busted or McFly’s back story and origins from the height of their imperial phases at the start of the Noughties will know that a lot of common interest for both bands is that of so-kitsch-they’re-good 80’s cult movies – particularly the Michael J Fox blockbusting ‘Back to the Future’ series which inspired Busted’s biggest hit ‘Year 3000’ and gave McFly their name. So the final 10 minutes before the show warmed things up and set the tone for the night as old school trailers for the likes of ‘Back to the Future’ and also ‘Weird Science’, ‘Teen Wolf’ and ‘Bill and Ted’s Excellent Adventure’ played on the screens – the latter of which thus gave the title of this tour.

As the kabuki drop plunged down to reveal the stage, it’s safe to say I was blown away. The main stage was shaped like a giant, technicoloured Commodore 64 with joysticks and 8-bit sound effects and Super Mario style screen visuals, all of which complemented a varied Smorgasbord of both band’s hits and tracks from their brilliant self titled debut album – first single ‘Air Guitar’ and visceral, witty Mark Hoppus collaboration ‘Hate Your Guts’ kicked off proceedings in fine style, before McFly’s ‘One for the Radio’ and Busted’s ‘You Said No’ tore the roof off.

‘Slap my arse and call me Charlie Simpson!’ exclaimed an awestruck Dougie Poynter as they took in the crowd reaction. It’s fair to say since this supergroup merging happened, much has been made more of Matt and James’ dumbstruck return from the wilderness to pop glory, and less of McFly’s – although they had continued on as a successful entity in their own right for the 9 years following Busted’s split so that’s partly to be expected. Dougie’s reaction was a timely reminder however that, as McFly had been on a bit of a downward turn themselves five years prior to this, and had never played the O2 on their own (even on their own arena tours, the largest a venue came for them was Wembley Arena), that it was heartwarming to see them take in this warm welcome from their old and potentially new fans.

Still, it has to be said that Matt and James’ return to glory – especially considering how merciless both of their descents to ground level were post-split – is indeed an equally endearing thing to behold, more so when ‘What Happened to Your Band?’ – a track originally written for James’ clever if not quite big rebound collective Son of Dork some 8 years ago, and which is undoubtedly the highlight of the ‘McBusted’ album – was played. Both he and Matt sang every lyric of that song from their hearts and you could really feel the emotion from them in particular.

The set and staging got even more bombastically brilliant as the show progressed – an amusing nod to ‘Back to the Future’ in a film piece about a futuristic Japanese ‘McBusted museum’ segwayed neatly into their arrival on a B-stage in the middle of the arena via a flying, lit up DeLorean (also used on their last tour, but to see for myself in the flesh as opposed to a DVD was even more exciting). As they blasted through ‘Air Hostess’, ‘What I Go to School For’ and ‘Obviously’, it was a reminder that both bands had such a good ear for melody and songwriting that means their back catalogues are now some of the most timeless pop records of the 21st century.

Their return to the main stage for ‘Crashed the Wedding’ was earmarked by an equally amusing procession through the crowd dressed as a wedding party, consisting of bride and groom (Matt and Dougie), bridesmaids (James, Danny Jones and Tom Fletcher – Tom in particular seemed to love flourishing the confetti a little too much. Although if you’ve seen his vlogs, that’s no surprise) and a stripagram vicar (who else? – Harry Judd), whilst another album cut, ‘Riding on My Bike’, saw the sloped, semi circle walkway extending out from the stage become a giant half-pipe for James as he rallied up and down on his BMX.

By the time they came back out for a rip roaring encore of ‘5 Colours in Her Hair’, ‘Shine a Light’ and ‘Year 3000’ – the audience was screaming, moshing, breathless and begging for more just as much as they had at the start. I can testify myself that having now finally seen them in the flesh, this certainly won’t be the last time I go see McBusted live. I think they’ve also now undoubtedly swiped Take That’s crown as Britain’s best touring pop band risen from the flames with a whole new audience of their own. The ‘Most Excellent Adventure’ was a totally awesome show that I’d recommend to anyone, dudes.

McBusted’s ‘Most Excellent Adventure’ tour continues tomorrow night at the Brighton Centre (7th April) and until 22nd April at Belfast’s Odyssey Arena. The live DVD of the show is out 22nd June and available to pre-order on Amazon.co.uk now.