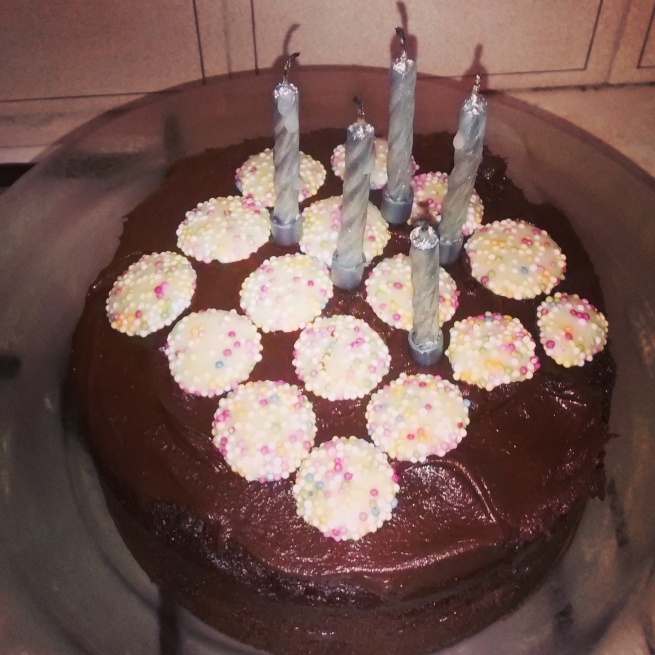 So, a couple of weeks ago was my birthday. And it was no ordinary birthday – well, maybe ordinary by my usual standards. Just a fairly quiet day spent with family and loved ones with lovely presents, cards and messages (Tweets too) of love and many happy returns.

I don’t usually ask for much (outside of my naively hopeful but futile annual wish list of a Nando’s black card, an old VW Camper in sky blue or Gemma Arterton in a box, preferably dressed in her denim shorts from her lead role in “Tamara Drewe”), and I’ve often found that’s the best policy with birthdays. Set tentative but not massively high expectations of the day, and the rest, as they say, will follow. 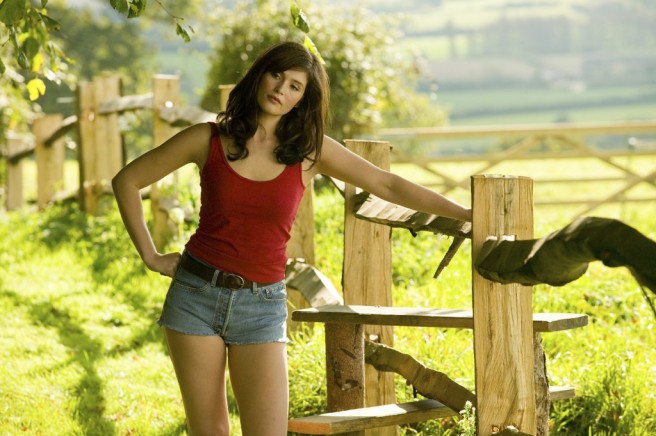 But what I mean by it being un-ordinary, was that it was un-ordinary – if that’s the right word for such a situation – in the sense of the age I was turning. For I am now a quarter of a century old/young – delete as applicable for how you view age. I am, in fact, 25.

Because here’s the thing. I have never, nor will I ever govern myself, as our society at large does, by my age. Maturity, yes. But as an individual, I have always felt very young at heart, and I would like to think that I’ve always had a sunny outlook on life, no matter what the situation, and that this is what keeps me sprightly and mentally alive as it were. Since becoming an uncle three years ago, I think that’s become even more of the case. 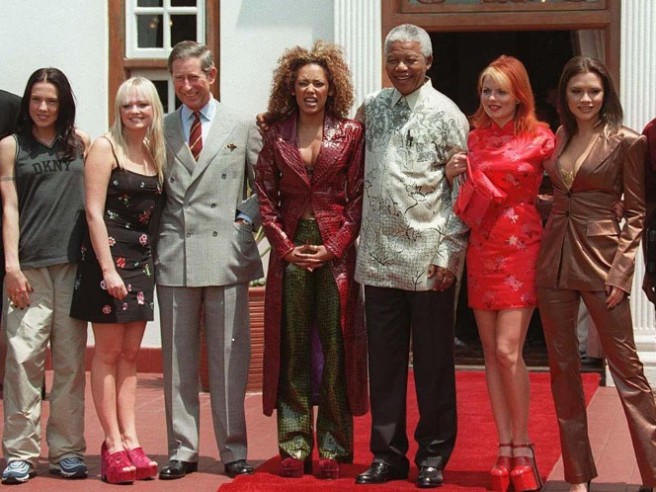 I can remember as a kid – aged 7 or 8 – when the Spice Girls were at the absolute peak of their phenomenal success, and seeing them on the news, meeting the late Nelson Mandela on a promotional trip to South Africa. One of the assembled throng of media outside his house – where a photocall had been arranged – asked him if he was a fan of the girls, to which his response was, “I don’t know if I can be. Because, you see, I am a very old man.” Such a response then prompted the band’s official spokesperson, ‘Ginger Spice’ Geri Halliwell, to turn to him and famously say: “You’re not old. You’re as young as the girl you feel, and I’m 25!”

I can remember my parents laughing about this at the time, but I didn’t really know why. It’s only now, 17 years later that I’ve come to understand what Geri meant, and it’s a philosophy I strongly live by now, that age is only a number, and nothing more. Don’t get me wrong – I do have my days where I feel I am a zimmer frame and a set of false teeth away from uttering the phrase ‘In my days…’ (or even classics my dad has been known to come out with from my childhood and beyond!), but I can honestly say they have been, and continue to be, few and far between. 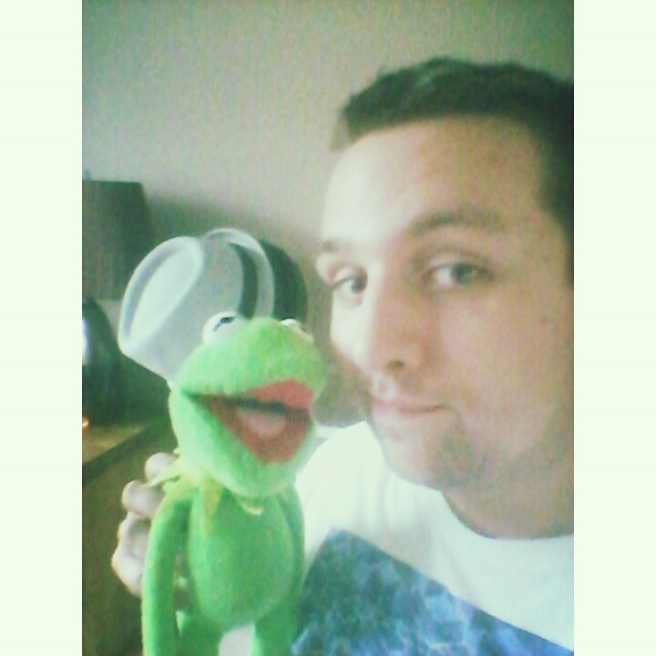 I can’t remember when I started feeling this way and viewing life this way. But I can maybe try to pinpoint where it originated from – about 10 years ago. I was still at school at this point, on the cusp of sitting GCSEs, and still frustratingly wrapped up in my classmates and year group’s perception of me, which to put it mildly was often misunderstood and with literally a handful of friends, only one of whom remains a large part of my life today.

Every teenager who isn’t blessed in the popularity, trendy and academically successful stakes at school seems awkward and self conscious. I felt that I was just that bit more awkward and self conscious then the rest. And being often plagued with spots, a lack of aptitude for Maths, Science or PE (supposedly ‘manly’ contact sports like football and rugby, which I never liked even before high school in particular) but a genuine love of English and writing, even down to the clothes I wore on non-uniform days or my taste in music (if we’re talking 10 years ago, I was mad on Rachel Stevens, Girls Aloud and McFly), it’s probably hard not to see why I wasn’t particularly thought of highly.

Where it all changed was in February 2005. I was three months away from my final GCSE exams when I came down with two weeks of a particularly bad cold. I’d been off school with colds before but this was very unusual, it was awful and I remember having one day where I just couldn’t move at all. Two weeks later, I was back at school but still wasn’t quite right, and I was a bit sore in the right side of my stomach, and felt nauseous.

To cut a long story short, this soon developed into peritonitis, a pretty severe form of appendicitis that rendered me out of action from my studies for 6 weeks and was, at one stage, potentially life threatening. The date I was rushed into hospital to have my appendix removed still sits clear on my mind now: Monday, 21st March 2005.

All I can remember of that day was being high on gas and air, whilst sat in the ambulance with the paramedics on the way to A&E and turning to my mum, suddenly freaking out in all this madness as I realised that day was supposed to be when I sat my final French speaking exam. My mum told me in no uncertain terms that this was the least of my worries now – and rightly so too.

Where this little chapter of my life fits in here, was because it was in the six weeks of recovery following my operation that I changed – and for the better. It made me take stock of my old life and realise what was really important – family, my own happiness and my own health. Near death experiences have a funny way of doing that I’ve always felt. They’re almost God’s way of saying ‘You need to put the brakes on whatever is dominating your life and see it for what it really is, because it’s not making you the best you there is.’

Which was why, a few months ago whilst watching Graham Norton’s chat show, I felt an odd kind of kinship with Cheryl Fernandez-Versini, who was one of his guests that week. I’ve always admired Cheryl since my Girls Aloud fan days – and continue to do so (the title of this very blog is in part, owed to that of her most recent solo UK chart topper, the brilliant “Crazy Stupid Love”).

As has been well documented, she faced a near death experience of a very different kind, when she battled malaria in 2010, just over a year after her and Girls Aloud bandmate Kimberley Walsh had climbed Mount Kilimanjaro along with other famous figures, to raise awareness of malaria as part of that year’s Comic Relief campaign.

She spoke about this in relation to a question Graham had raised with her, regarding her obtaining a large rose tattoo on the small of her back that had divided opinion since she had been seen with it in public some months before. It transpired that she’d done it as part of what’s known as a ‘bucket list’, or as she cheekily called it, ‘a f*** it list’.

The bucket list is by no means a new concept to most of the public at large (see the popular John Green novel ‘The Fault in our Stars’) but it was to me, and it got me thinking the closer I got to my birthday this year. And so I decided that no harm would come from writing my own.

On my list, my aspirations and hopes and wants range so differently. Some are philosopical (to stay happy, see the positive in every situation life throws at me, to be a good uncle to my niece and nephew), some are rooted in my childhood (appear on ‘Stars in Their Eyes’, visit the Cotswold Motor Museum and meet Brum), and others are more what I call ‘pipelines’ – unlikely to happen, but no harm giving thought to them (write a comedy script with French and Saunders, live in another country for a year or two).

In a way, having this list – all of which I’ve written in the past tense, as if to visualise it happening – gives me something to feel positive and young at heart about, even on the days I don’t feel it, to inject spontaneity and fun into the straitjacket of modern adult life. So, much like Geri Halliwell, I am as young as the man I feel. And I’m proud to be whatever age I am.

One thought on “The art of a bucket list.”